The flood waters may have receded in the rest of central Europe, but in Slovakia the government has begun its own battle with rising economic tides that threaten to wash away the country's macroeconomic gains.
In July, various ministries announced an economic package that would, like Holland's legendary Hans Brinker, neatly plug the leaks in dikes and save the Slovak economy. However, while repairing the macroeconomic dike, observers say, the government has caused a microeconomic hemorrhage that will ultimately make the flood even worse.
The most important measure in the government's original economic package was the July 15 reintroduction of a 7 percent import surcharge affecting almost 80 percent of imports. Its legality is now being reviewed by the European Union (EU), and is scheduled to decrease by 2 percent every 6 months until it is abolished by the end of 1998 (EU regulations require that such surcharges decline regularly by stated amounts). 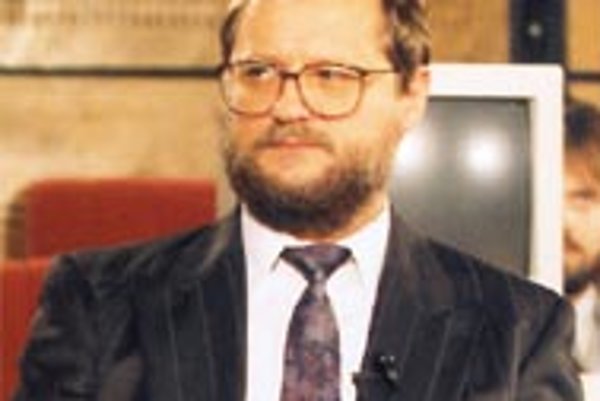 Font size:A-|A+0
The flood waters may have receded in the rest of central Europe, but in Slovakia the government has begun its own battle with rising economic tides that threaten to wash away the country's macroeconomic gains.

In July, various ministries announced an economic package that would, like Holland's legendary Hans Brinker, neatly plug the leaks in dikes and save the Slovak economy. However, while repairing the macroeconomic dike, observers say, the government has caused a microeconomic hemorrhage that will ultimately make the flood even worse.

The most important measure in the government's original economic package was the July 15 reintroduction of a 7 percent import surcharge affecting almost 80 percent of imports. Its legality is now being reviewed by the European Union (EU), and is scheduled to decrease by 2 percent every 6 months until it is abolished by the end of 1998 (EU regulations require that such surcharges decline regularly by stated amounts).

The government imposed the surcharge to correct its two biggest problems - current account deficit and budget deficit. The former is predicted to eat up 13% of GDP by the year's end. The trade deficit alone was 32bn Sk for 1H 1997. The budget deficit reached 21bn Sk on July 31, although it is projected at 37bn for entire 1997 and the biggest budget inflator - usually the fourth quarter - is still to come. Budget revenues are only 45.9 percent of the figure called for, so many hands were up for the extra 10bn crowns that Finance Minister Sergej Kozlík predicts will come in.

But the surcharge immediately invited criticism from industry analysts. Peter Mihók, Chairman of the Slovak Chamber of Commerce and Industry, said that Slovakia's main problem was not imports but exports. "We should export more per capita," he said. "Belgium exports eight times more per capita than we do. If we only doubled our exports, it would solve all our problems."

Not only the surcharge doesn't address the real macroeconomic problem, Mihók continued, but it also creates new microeconomic difficulties. "Introducing general restrictions is absolutely [against] the interest of this economy," he said. "We have just entered a period of investment, which should be used for the import of foreign technologies, but the surcharge makes them much more expensive now."

The duty had apparently been harming Slovak exporters using expensive foreign technologies as well as those using imported parts in their production processes. Therefore, the Finance Ministry announced on August 22 that it would soon lift the surcharge on many imported goods. But the retraction has strengthened the voices of those who feel that the entire package was extremely ill-considered and poorly coordinated.

"From my point of view, this package is not explained well. Sometimes it is difficult to understand why certain measures were adopted, especially now," said Juraj Renčko, an analyst at the Slovak Academy of Science's (SAV) Forecasting Department. One of the biggest problems, Renčko suggested, was the lack of economic expertise among government policymakers. "We need a more complex understanding of the processes taking place in the economy, a refinement of microeconomic policy."

On June 24, the cabinet approved the Act on Salaries, requiring companies to limit wage increase by inflation growth, and to peg them to labor productivity increase. The measure, it is estimated, will affect about 3,500 companies and 500,000 workers.

Mihók called wage regulation "more or less appropriate," adding that "even if you are for deregulation, it is sometimes necessary to take such measures, and it is certainly the government's role to protect the economy."

Once again, a macroeconomic gain has led to microeconomic pain. Wage caps have agitated Labor Unions' Confederation (KOZ), which has furiously cut off social dialogue with the cabinet. Mikuláš Dzurinda, vice-chairman of the Christian Democratic Movement, explained that business owners will save money, but they will create unemployment.

"[They] will protect managerial positions and save money with the least important workers," Dzurinda said, adding that he would rather see "support of productivity, investments and exports" than salary cuts. Renčko agreed, saying, "The reasons for wage growth were not analyzed. Wage restriction is one of the worst measures that could be adopted to solve the problem, and should have been accomplished through collective bargaining."

As of August 1, electricity prices for businesses increased by an average of 10 percent, with big users paying more. A proposal to penalize excessive domestic users with higher electricity prices was turned down, but other measures, including modest consumer fuel and water hikes, were approved.

In Slovakia, businesses already pay rates that are close to those in surrounding countries, while individual consumers pay several times less than their foreign neighbors. In effect, high business rates subsidize cheap household costs and are likely to continue doing so for some time to come.

"Energy prices are a very delicate question, especially before elections," said Mihók. Renčko agreed, saying that "energy prices must still be liberalized, but of course with elections coming, there is a reluctance to adopt unpopular measures."

This way, the government's wariness was foisted on entrepreneurs, who in turn will have to pass them onto consumers and take the blame. "It was just a little bit against entrepreneurs, a bit of demagoguery," said Mihók.

Other measures: banks and state bonds

At the end of July it became clear that the package did not cut deeply enough into the problems facing the economy, particularly that of the budget deficit. In early August the Finance Ministry announced it would make T-bills available to domestic and foreign individuals.

The move has been harshly condemned by business watchdogs, again for achieving a macroeconomic soundness at the expense of microeconomic health. The banking sector doesn't have enough resources to finance the budget deficit, so the government has turned to private citizens for help and is stealing spare capital from the mouths of starving entrepreneurs.

Renčko did not mince words. "The way to fix the budget," he said, "is to cut state expenditures, not through private savings. That is the way to hell." Guaranteed returns of over 20% on short-term investments may attract many citizens, Renčko argued. "But from my point of view, savings must be used for private investment and not for financing the state budget," he added.

Mihók also disparaged the T-bill issue, saying that it is particularly harming small and medium entrepreneurs. "They cannot get good credit on the financial market," he said, referring to current interest rates of 25-30 percent. "For the banks, this is the best way to buy government bonds, but once again it restricts the ability of businesses to find disponible money on the market that has not [yet] been used by the banks."

The company revitalization law passed by Parliament, returned by President and confirmed by Parliament, provides for tax breaks to hand-picked companies, and either forgiveness of state loans for state-run companies or lenient repayment schemes for private ones. The problem is that decisions about which companies get bailed out will be taken by a panel of cabinet-appointed officials who will not be subject to Parliament's supervision.

The cabinet officials defend the act, saying that bankruptcy laws are being reworked, and that in the meantime, promising businesses under new management and with good market prospects should be relieved of crushing debts and taxes. In cabinet's view, there are many potential exporters in need of only a helping hand before they are able to contribute towards solving the country's trade deficit.

But Dzurinda fiercely objected the measure because he suspects that it is no more than a state hand-out to inefficient companies. "Every enterprise in the country will ask for money from the state budget, and will not want to pay its taxes," he said. "This is the worst law in the package. It means protectionism."

Mihók saw danger in the fact that the selection committee would not be responsible to parliament. "What we need for the committee is clear selection criteria, but unfortunately there is practically nothing that would create limits for the 'human factor'," he said.

"The government is afraid that the [coming] bankruptcy law will shut down [big companies], so they are trying to support bad enterprises against good ones," Dzurinda said. Regardless of who gets helped, it is sure that many small businesses will not. Mihók said that of the 1500 requests for aid registered so far, only 15 to 20 companies are to be selected.

And the rain continues

The measures taken to correct macroeconomic problems seem to have hobbled small and medium entrepreneurs, leaving them with paltry investment capital, expensive import duties, increased energy costs and little prospect of assistance. The economic package has left an indelible impression of incompetence among observers.

"There is no strong conceptual center in our economy," Renčko said. "Ministries operate independently of each other and sometimes only communicate through the newspaper."

Still, no-one is suggesting that the country be evacuated just yet. "The package was a short term solution," Mihók said. "Budget project for next year will really tell us about the economic direction of the government."