TORONTO - Generation X has finally arrived at Dundas Street in Toronto, headquarters of the Canadian Slovak League (CSL). Faced with declining membership and internal feuding, CSL's more moderate leaders say they have developed a plan to bring young Slovak Canadians back into the fold.
"We have to bank on ethnicity," CSL's new director, Mark Stolarik, said. For him and other CSL officials, the next few years are crucial if the league is to help Slovak Canadians preserve their ethnicity. The problem is that Slovaks are an invisible minority in Canada. "If you look and sound like the rest of society, it is easy to melt away," said Juraj Frajkor, chairman of the editorial board at Kanadský Slovák, the official CSL weekly newspaper. 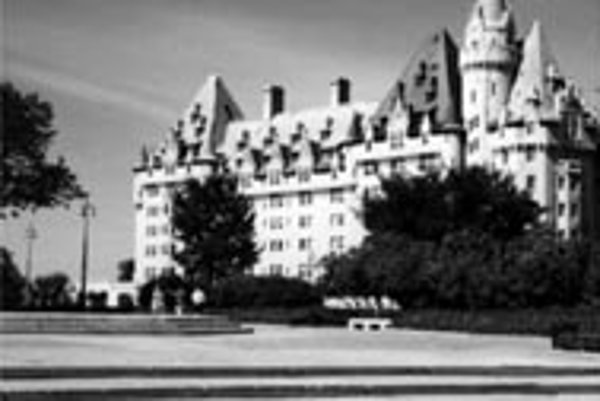 Font size:A-|A+0
TORONTO - Generation X has finally arrived at Dundas Street in Toronto, headquarters of the Canadian Slovak League (CSL). Faced with declining membership and internal feuding, CSL's more moderate leaders say they have developed a plan to bring young Slovak Canadians back into the fold.

"We have to bank on ethnicity," CSL's new director, Mark Stolarik, said. For him and other CSL officials, the next few years are crucial if the league is to help Slovak Canadians preserve their ethnicity. The problem is that Slovaks are an invisible minority in Canada. "If you look and sound like the rest of society, it is easy to melt away," said Juraj Frajkor, chairman of the editorial board at Kanadský Slovák, the official CSL weekly newspaper.

The key to survival, all seem to agree, lies with the second and third generation descendants. "If we write them off, we're dead," Stolarik declared flatly. Frajkor added: "[They] are in the closet, and we have to help them come out."

The resurrection program, for starters, involves taking politics out of the league.

Father Bernard Misovič, head of the Cyril and Methodius Slovak Catholic Church in Mississauga, Ontario, welcomed that idea. "[They have] to discover who they are and who they want to be....to establish themselves again," he said. "If they represent only the worst members of the [governing] coalition [in Slovakia], they are not serving the whole community [in Canada]."

From the outset, CSL has been about politics. In 1932, hard-hit immigrants founded a fraternal benefit society for Slovaks in Canada, receiving financial aid for ten-cent monthly dues to cushion the impact of the Depression.

These early hardliners formed a stronghold of Slovak culture in Canada, as well as created a soapbox for supporters of an independent Slovak state in Europe. "[The league] had a nationalist stance from the beginning," recalled Frajkor. "Most [newcomers] were strong nationalists."

That sentiment has carried over to the present, but the emergence of an independent Slovakia left the early hardliners with no obvious agenda to pursue. "Once Slovakia was independent, they had to create new enemies," Stolarik explained. "How else [could] they justify their existence?"

Even Anton Hykisch, Slovakia's ambassador to Canada, conceded that "some of the CSL officials are very past-oriented. For many of them time stopped when they left the old country."

But the early members' views still reign in Kanadský Slovák, the sole Slovak-language weekly in North America and the league's official voice. For CSL leaders this is a major battleground as the paper has been accused of harboring narrow political views and of being reluctant to change.

"I don't consider it [the paper] of very high-quality, as it takes the view of only one movement in Slovakia, but that's just my opinion," Father Misovič said. Kanadský Slovák editor, Anton Gajdoš, would not comment on the paper's editorial stance, other than saying "that's his [Misovič's] opinion."

"The editor of Kanadský Slovák is very pro-HZDS," Stolarik said. "We are trying to get out of Slovak internal politics, to be as neutral as possible. We say to the editor [that] he can put his opinions on a signed editorial page, but not allow them to affect the news."

CSL leaders want to make the paper more accessible to a younger audience by making the editorial content half English and half Slovak, a proposal to which Gajdoš said: "We already have an English page."

CSL also is turning to scholarship programs and a possible Slovak school in Toronto to help the league compete with other fraternal benefit societies in Canada, as well as foster closer cooperation with community groups such as the church .

However, while reaching out to younger Canadian Slovaks, Stolarik acknowledged CSL will also be fighting within its own walls. "We are treading a very fine line," said CSL's new director, Mark Stolarik, "because there are still quite a number of [old] émigrés in the league."

Some observers think the old guard's influence will continue to prevail. "[CSL members are] old-timers... looking for an activity," said Michael Stastny, director of a chartered accounting firm in Toronto. "I think they are a little out to lunch as far as reality."

The old ghosts in CSL's closet have haunted the league from as far back as the World War II and the quasi-independent Slovak Republic of 1939-1945.

For Slovak émigrés to Canada, the wartime achievement of an ' autonomous Slovak state' was a proud moment, and the subsequent execution of Slovak President Jozef Tiso a sad and prophetic betrayal. "The typical Western view was that Slovakia was a Nazi puppet state, and should be dismissed," argued Stolarik.

"The truth is much more complicated, and has yet to be disentangled. Slovaks were very upset that Tiso was executed by the Czechs when he didn't deserve it." Tiso's memory is still pledged at each CSL conference.

The CSL hawks saw a long-awaited opportunity after the communist grip loosened in Czechoslovakia in 1989. The league dispatched many members to Bratislava to agitate for Slovak independence. Although coordinated with the Slovak League of America, the delegations were spearheaded by the Canadian group, according to Stolarik. "It was the more radical group at the time," he said.

The impact of CSL lobbying on events in Slovakia between 1989-1992 is now difficult to assess. "We did help in getting international recognition, but you'd have to ask [Slovak Prime Minister Vladimír] Mečiar and his circle if we helped them or if we were just pests," said Frajkor, smiling. Stolarik added: "The old guard would have said, ' Oh, we were responsible for independence.'"

The new start came at the 25th CSL convention held in St. Catharines, Ontario, in July 1993, when a younger and more moderate directorate replaced the elders. "Half of the new board were born and raised in Canada, and the other half are émigrés, but the more normal émigrés," noted Frajkor.

Stolarik said the real challenge will be to convince Canadian Slovaks that their ethnic heritage is worth fighting for. "We have to remind our members that it is worth living the Slovak life at home," he said, "but this is difficult because it has never really been clearly defined."