GSM fight roars through first half of year

After the first six months, the GSM fight in Slovakia, has been a tough one for the public to score, but cornermen for the challenger, Globtel believe they are ahead on points while defending champion EuroTel seems to be confidently waiting for its opponent to punch himself out.
The pair of internationally run companies are battling over a surprisingly lucrative Slovak market. Because differences in GSM service are minimal, the heart of the battle is fought over customer perception, price structuring, GSM coverage, and discounting prices through sales. Fiercely competitive, Globtel and EuroTel bring totally different strategies to the ring.
The general market image has Globtel painted as overstretched, having committed itself to too many customers at ruinous prices, and EuroTel as expensive and preoccupied with their business clients. 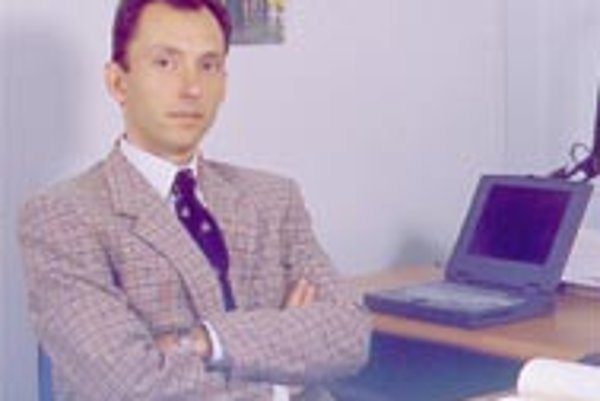 Font size:A-|A+0
After the first six months, the GSM fight in Slovakia, has been a tough one for the public to score, but cornermen for the challenger, Globtel believe they are ahead on points while defending champion EuroTel seems to be confidently waiting for its opponent to punch himself out.

The pair of internationally run companies are battling over a surprisingly lucrative Slovak market. Because differences in GSM service are minimal, the heart of the battle is fought over customer perception, price structuring, GSM coverage, and discounting prices through sales. Fiercely competitive, Globtel and EuroTel bring totally different strategies to the ring.

The general market image has Globtel painted as overstretched, having committed itself to too many customers at ruinous prices, and EuroTel as expensive and preoccupied with their business clients. However, executives from both companies are careful not to get involved in name calling, choosing rather to highlight their own company's achievements.

EuroTel Bratislava, a.s. weighed in at the beginning of 1997 as a wireless provider with six years of operating experience in Slovakia. The company, a consortium of Slovak Telecommunications, Bell Atlantic and US West International, had for years supplied its Slovak clients with an analog mobile system known as Nordic Mobile Telecommunications (NMT), as well as with handsets and support services.

In February, 1996, the Slovak Ministry of Transport and Communications initiated a tender process for a digital mobile service known as Globale Service Mobile (GSM). The tender called for two operators to supply the service, awarding tenders in September to EuroTel and to newcomer Globtel GSM, a.s., to compete for the mobile telephone market.

Globtel began operations in Slovakia as a joint venture between France Telecom and six smaller Slovak companies. From the beginning, said Globtel General Director Bruno Duthoit, "we have complied with the terms of our license - to deploy our system quickly and at low prices." Globtel bounded out of its corner early, offering GSM service on January 15, 1997, three weeks before EuroTel got off its stool on February 10.

In a market as tight as Slovakia's, customer perceptions can assume enormous importance, a fact that has not escaped EuroTel's top management. "We know that some of our customers still think that EuroTel is monopolistic, unchanging. It is very difficult to change their thinking," sighed EuroTel press representative Katarína Grosmannová.

EuroTel stresses its quality and range of services, maintaining that they are better than Globtel's. EuroTel now offers its customers voice mail, Short Message Service (SMS), Clip and Clear, Fax and Internet service through its GSM net, as well as 35 roaming operators in 25 countries. Backing up his claim, EuroTel Director Artur Bobovnický cited several in-house studies that he said shows that his company's call success rate, at 97%, is the best in Slovakia, as is its call set-up time, call-completion rate and quality of transferred voice.

EuroTel's efforts to cast itself as the purveyor of quality goods and state-of-the-art services is difficult to square with the fact that Globtel provides most of the same services for quite a lot less money. Depending on which outlet you visit, handsets such as a Philips FIZZ may cost 10 percent more at a EuroTel dealer, while an Ericsson GA628 may be equally more expensive at Globtel. But you can pay up to 125% more to get activated by EuroTel, and anywhere from 20 to 100% more every month thereafter for similar user packages. Bobovnický countered these facts by reiterating EuroTel's reputation for quality. "We are the best," he said. "We have a very strong brand after six years, and if you can offer the customer added value attached to the brand, you can charge higher rates."

Punching back, Globtel's Duthoit argued that Globtel offers all EuroTel options save Internet and SMS. "Those services are coming, we are testing them now," he said. "For us, it is better to link up Košice with Bratislava than rush into SMS." Bobovnický dismissed Globtel's coverage promises. "Congratulations if they reach that," he said. "It's hard to do."

Here lies one of the main differences in philosophy. EuroTel is concentrating on making the network they have in place right now work as smoothly as possible. They are less apt to go after covering every citizen in the country with their GSM net, choosing rather to concentrate on their current customers' satisfaction by offering all the latest technological services available.

Globtel on the other hand is pushing to offer GSM to as many people as possible, positioning themselves as everyman's GSM provider. They are pursuing the same technological services as EuroTel but at a less urgent pace.

If the services debate is relatively polite, the question of price structures is at times quite rancorous. The Slovak Ministry of Transport and Communication allows each provider two month-long sales of GSM hook-ups per calendar year, and forbids the companies to subsidize handset prices on a regular basis, as occurs in the Czech Republic and other foreign countries. This means, in effect, that Slovak consumers must either fork out two to three times as much as their foreign counterparts for handsets, or wait for one of the domestic GSM providers to announce a sale.

To date, EuroTel has held one month-long handset-and-hookup sale (May) and has just announced a sale affecting NMT handsets and GSM accessories. Globtel has not officially announced any GSM or handset discount. "I sincerely don't think [a sale] will be necessary [at Globtel]," maintained Duthoit.

Perhaps Globtel's prices are low enough - the lowest in Europe - that they don't need a sale to attract customers. "Their prices are below normal market prices," said Grosmannová.

Having such low prices "is generally a negative thing," Bobovnický explained. "Because you are leaving money on the table...sure, you are getting customers, but you are creating problems." Duthoit replied that, "I can say we never signed or would sign a market agreement that is below market value or that is not profitable. Our prices are compatible with our original business plan, and we do not anticipate any increases."

For the first several months of 1997, people wondered about EuroTel's late arrival to the GSM ring. There were questions whether EuroTel had been caught napping after six years of monopolizing the mobile phone market.

Grosmannová bristled at such accusations. "The GSM license said that 60 percent of investment must come from domestic sources and 40 percent from foreign countries...at that time, in September, our ownership was 51 percent domestic and 49 percent foreign, so we had to change the whole company." The necessary financial and legal changes were not finalized until mid-December, giving EuroTel just two months to prepare its basic coverage area.

Grosmannová said that despite the slow start, EuroTel quickly made up ground lost to Globtel. "Globtel got a lot of customers who were waiting for GSM, but we had a big group of NMT customers who were waiting for us...by now, we have almost caught up," she added. EuroTel's GSM ground coverage stands at 30 percent of Slovak territory - compared to 65 percent for NMT - and links 65 percent of Slovak citizens - 74 percent for NMT.

And, even though 1996 was "the most successful in our history," Grosmannová predicts even greater things for 1997 - from a current GSM and NMT customer base of 70,000, "we predict we will have 100,000 in our networks...we are relying on our service packages."

Globtel's management is no less bullish on this year's prospects. The company has exceeded its predictions of landing 23,500 GSM clients, according to Duthoit, having already signed up 40,000 customers so far. "You can see that there was immediate interest here," said Duthoit. "Much greater than we had expected, and since the beginning of the year, we have the highest growth rate in Europe."

While EuroTel was busy re-slicing the financial pie, Globtel worked hammer and tongs to be ready in January.

Hitting early and everywhere has been Globtel's strategy since the beginning. Accordingly, Duthoit said, Globtel currently reaches 65 percent of the population and aims for 90 percent coverage by year's end.

Globtel' headstart netted an early client base of about 2,000, according to Duthoit, but EuroTel's large NMT clientele soon restored the balance. Bobovnický claimed for his company "53% of the total revenue from new customers this year," but his figure includes both GSM and NMT sales - EuroTel policy prohibits the release of precise GSM client figures. Duthoit puts Globtel's market share at "just over 50%, but that changes from month to month." Certainly, it's a 'pick 'em' situation for odds makers.