Getting energy from Russia has pros, cons

Slovak and Russian government officials believe the rcent joint venture concluded between Slovenský Plynárenský Priemysel (SPP) and Gazprom on April 24 is a perfect match between two gas companies that have worked together in the past and can now look forward to favorable cooperation.
But to some critics, the deal (see article on page 9) looks more like Slovakia swallowing unfavorable conditions that Russia has demanded, making the country dependant on Russia for economic prosperity.
The Gazprom-SPP deal is the latest in a series of agreements between Russia and Slovakia that commits the latter to buy all of its natural gas, oil and nuclear fuel from the former. The recent debate about the pros and cons of Slovakia's energy policy can be cast in the form of three questions. 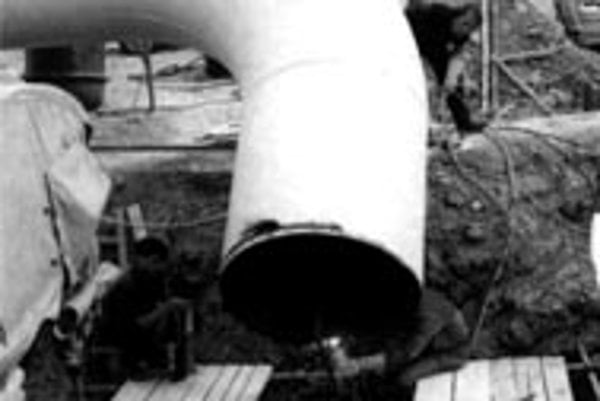 Slovak and Russian government officials believe the rcent joint venture concluded between Slovenský Plynárenský Priemysel (SPP) and Gazprom on April 24 is a perfect match between two gas companies that have worked together in the past and can now look forward to favorable cooperation.

But to some critics, the deal (see article on page 9) looks more like Slovakia swallowing unfavorable conditions that Russia has demanded, making the country dependant on Russia for economic prosperity.

The Gazprom-SPP deal is the latest in a series of agreements between Russia and Slovakia that commits the latter to buy all of its natural gas, oil and nuclear fuel from the former. The recent debate about the pros and cons of Slovakia's energy policy can be cast in the form of three questions:

First: Will the joint venture with Gazprom bring added wealth to Slovakia, or will it mean handing over SPP profits to the Russian corporate giant?

Second: Is the deal a purely economic arrangement, or does it have political overtones and implications?

Third: Does Slovakia's complete reliance on Russia for its energy needs represent a potential threat to Slovak sovereignty?

Yuri Zelenecki, the commercial attaché of the Russian Federation Embassy in Slovakia, has no doubt about how to answer these questions. According to Zelenecki the Gazprom deal is "a good economic solution for both parties."

"The deal will help Slovakia be attractive to the European Union as a reliable transporter of Russian gas," he said. In Zelenecki's view, the new joint venture has "nothing political in it...if there are political consequences, it is not my business".

Zelenecki's defense cuts little ice with observers like Ivan Mikloš, the former Privatization Minister, who pointed out that the Russian point man on the deal was Victor Chernomyrdin, the country's prime minister and a former Gazprom chairman, while the SPP boss, Ján Ducký, is a former Slovak Minister of Economy.

The old SPP general director, Arpád Demko, was summarily removed by Slovak Premier Vladimír Mečiar, apparently because he insisted that any deal with Gazprom only apply to transit and sales of gas beyond present levels, a measure that would protect at least those profits that SPP currently enjoys.

Ducký comes directly to the point on these questions. According to Ducký the deal is an excellent one for Slovakia because transit fees paid by Gazprom guarantee "the cheapest gas prices for small (domestic) users."

"The joint-venture accord in no way represents an increase in Slovakia's economic or political dependence on Russia," he said. "Such a scenario is a phantasmagoria."

"I have 20 million unused pipes, and I should pay more (to another source for gas) because someone is fantasizing about events that have no economic foundation," he said.

The truth of the matter, for Ducký, is that Slovakia only consumes 6 billion cubic meters of Gazproms annual 600 billion m3 exports. "If we didn't take one cubic meter for Slovakia, (Gazprom) wouldn't feel it...but if I wanted to create political certainty by not buying Russian gas, would they let us transport their oil, when we were their political opponents?," he asked.

SPP spokesman Ľubomír Rabay stressed that Slovakia has no need to worry about dependence on Russia when countries like France, Germany and Italy all purchase about 50% of their gas supplies from Russia.

"I don't see why Russian gas should be a problem for NATO," he said. Ducký also pursued this reasoning, suggesting that "they (NATO countries) should worry about who buys 90 bn m3 from Russia, not us, who buy only 6 bn (m3) ...the Austrians should worry (about being dependent on Russia), as they buy much higher amounts than we do. But they don't worry, so why should we?"

Mikloš smiled grimly when hearing the SPP line. "The problem with the SPP-Gazprom camp is that you cannot look for rational arguments," said Mikloš. "Their interest is only to hold unlimited political and economic power, to produce maximum profit for HZDS and for themselves."

Mikloš dismissed Ducký's argument as specious, that Slovakia is a very small cog in the Russian machine, and one which therefore should not fear energy dependence. While other European countries do use Russian gas, Mikloš said, they are not wholly dependent on Gazprom, but import from diverse suppliers.

Mikloš identified the dangers of Slovak dependence as both political and economic.

"It is very simple: Slovakia's source of gas is another unstable country with unpredictable political and economic developments," he said. "Every dependence is bad, especially for the weaker partner, and Russia is the stronger partner with a really unpredictable future."

Slovak energy dependence on Russia has long included trade in nuclear fuel and spent fuel. Russia's Zelenecki called it a necessary and beneficial arrangement, given that Russian nuclear suppliers understand the needs and nature of Slovak nuclear plants better than western sources.

In Mikloš's view, this is nothing new. "Every contact and deal with Russia is very non-standard, and dangerous because of Slovak dependence... these could be obstacles to entering the EU and so on".

In the end, debate over Slovakia's proper relationship with Russia is as polarized as is the country's political spectrum. SPP's Rabay vowed that the Gazprom deal is "very advantageous for SPP and for Slovakia."

Meanwhile Mikloš voiced dark fears that the 'joint venture' may be little more than a screen to hide the political theft of a very profitable public company.

Ducký for his part asked, "why, for God's sake, should I get out of this business for the sake of some phantasmagoria regarding my six billion m3, which are nothing?" Mikloš replied, "There are many concrete negative consequences, and not only economic ones."

Rabay listened to Mikloš but didn't see eye to eye. "I don't understand his argument," he said.

Whatever the pros and cons of all of Slovakia's gas and oil energy needs coming from Russia, Slovakia is headed down this course hoping 30 years of working together in the past can keep Slovakia's position strong enough for the future.