The two-to-one ratio of public (STV1 and STV2) to commercial (TV Markíza) television channels broadcasting nationwide via terrestrial transmission is going to flip. On June 4, the Council for Radio and TV Broadcasting selected ProTV from among nine contenders to privatize STV2.
In order to keep the license, the company has to start operating the frequency no later than 360 days after it was granted.
Both the Parliamentary opposition and a professional TV association - the Union of Slovak Television Artists - united against the privatization. The former because it fears further expansion of the media empire under the influence of Prime Minister Vladimír Mečiar's Movement for Democratic Slovakia (HZDS). The latter because it fears that the entire concept of public television is being undermined. 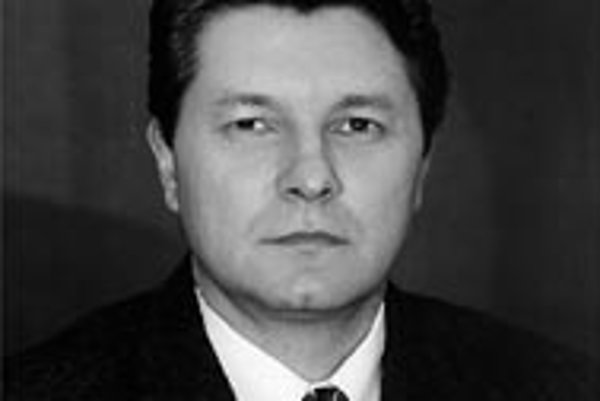 Font size:A-|A+0
The two-to-one ratio of public (STV1 and STV2) to commercial (TV Markíza) television channels broadcasting nationwide via terrestrial transmission is going to flip. On June 4, the Council for Radio and TV Broadcasting selected ProTV from among nine contenders to privatize STV2.

In order to keep the license, the company has to start operating the frequency no later than 360 days after it was granted.

Both the Parliamentary opposition and a professional TV association - the Union of Slovak Television Artists - united against the privatization. The former because it fears further expansion of the media empire under the influence of Prime Minister Vladimír Mečiar's Movement for Democratic Slovakia (HZDS). The latter because it fears that the entire concept of public television is being undermined.

Insiders were not surprised by the Council's final choice. It had become a public secret that TV Dovina, owned by ProTV, enjoys strong support within HZDS circles. The whole idea of privatizing the second terrestrial channel emerged from there. In September 1996, Parliament approved a law drafted by a HZDS deputy Ľudmila Mušková, stipulating that STV should vacate its second channel and make it available for privatization.

The successful contender, Pro TV, is partially controlled by HZDS. Vladimír Poór, regional HZDS chief in Trnava and a senior party official, is one of its owners. Another owner, Rudolf Trella, sits on the supervisory board of Nafta Gbely, the company that was privatized last summer under controversial circumstances by Mečiar's cabinet.

Some cabinet members didn't even try to hide that Dovina has HZDS background. Culture Minister Ivan Hudec said earlier this year, "Soon, there will be another private television with opinions differing from those of TV Markíza," labeling TV Markíza as an opposition television station.

TV Dovina is HZDS's second shot given to conquering Slovak TV market without having to abuse the public STV. Two years ago, VTV, the first Slovak private TV, was launched via satellite transmission. Its original director, Bohuslav Géci, used to be HZDS spokesman during the splitting of former Czecho-Slovakia. But especially after TV Markíza was launched last September, VTV's position was shaken and is currently fighting to survive.

When TV Markíza directly asked Dušan Macuška, a HZDS deputy, whether TV Dovina will support his party. Macuška answered, "Of course, I believe that whoever wants to support Slovakia, must support the HZDS in the first place."

Too many around the table

TV Markíza also was among the final five contenders for STV2, but its Director General Pavol Rusko said it was not because of any political reason, but because the Slovak advertising market simply cannot sustain another private TV.

"Let's count," Rusko said at the March "Spectrum Live" debate organized by The Slovak Spectator, "the TV advertising market for 1997 should be one-third larger compared to 1996. Last year it was 950 million Sk ($31 million)... Subtract the margins for agencies, and there remains Sk 1.3 billion ($43 million) for Markíza, and also VTV... If STV wants to have more than the budgeted Sk 1.4 billion, it needs to have advertising [too]... I cannot foresee any possibility - not taking into account VTV - how another TV company would be able to feed on this cake by 2002." According to Milan Ftáčnik, a deputy for the Party of Democratic Left, a commercial TV needs about Sk 800 million a year from advertising, with the STV requiring another Sk 600 million because of low income from usage fees.

"It is clear that the market is narrow and cannot sustain so many TV channels," Ftáčnik said. "They would end up like VTV that is mired in debt, doesn't have enough advertising, doesn't generate income, automatically purchases cheap shows that have low ratings and that causes low income. Like a merry-go-round. " According to Ftáčnik, this would not only be the fate of TV Markíza and TV Dovina, but it could also threaten STV itself.

Ľubomír Fifík, chairman of the Union of Slovak Television Artists, said the privatization contest was decided in a month without any consultation with professionals. "There were no analyses of possible consequences for the advertising market or culture," he said. "There has been no analysis on how STV would be able to secure future development of audiovisual culture under tightened circumstances, what kind of impact this would have on the whole audiovisual area and development of people working in it."

More than about TV artists, Ftáčnik is worried about viewers. After TV Dovina launches broadcasting, STV's original second channel should be broadcast via satellite. Satellite broadcasting will be much more expensive, Ftáčnik said, as it is going to cover all of Europe which will jack up the copyright and broadcasting fees.

Ftáčnik continued that broadcasting the second channel via satellite would also break citizens' rights to have access to information guaranteed by the Constitution. "Citizens pay their usage fees and are entitled to access broadcasts of public television. Purchase of a satellite dish or a cable should not and cannot be a precondition for it," he said. "Even with the most optimistic forecasts, not more than 50 percent of the population will be able to watch the [STV2] satellite broadcasting."

Ftáčnik said that public TV with only one accessible channel will not be able to cover the range of broadcasts public television should as an educational, national, cultural and artistic institution. "Various programming will interfere, for example, sports with political events," he said. "It will not be possible to move these to the second channel available only to half of viewers. Many types of broadcasts will be moved to late night and stability of the program structure will be undermined."

In practically every European country, there are at least two terrestrial channels used by public televisions and accessible by the public. "If we came down to one channel, it would be an Albanian level," Ftáčnik said.

Trying to pull emergency brake handle, Ftáčnik, proposed in May a law to prevent the channel's privatization. With the help from deputies of the Association of Slovak Workers (ZRS), a junior government partner, the draft passed the first reading and it should go to the plenary session's floor by the end of June. With the ruling coalition firmly advocating the privatization and the opposition equally firm against it, everything will depend on ZRS again.

"There has been great turbulence about this issue within the coalition, too," said Jozef Glinský, a ZRS deputy. He claimed that ZRS is for the highest possible supervision of electronic media. "We were forced to agree to such an extent of privatization as practiced in Slovakia. And we are absolutely against privatizing media that influences public opinion," he said. "But everything is developing and right now I cannot say whether someone did or did not change his mind concerning this issue."