At last, Slovakia's capital market seems ready to recharge its faltering batteries and take off after repeated short circuits over the past three years.
After Finance Ministry State-Secretary Jozef Magula pulled the plug and moved to the central bank's board of directors on January 28, his successor, Peter Staněk, former economic advisor to Premier Vladimír Mečiar, has come up with a blueprint that he says will hotwire the country's public markets without burning the fuse.
In an exclusive interview for The Slovak Spectator, Staněk said his Capital Market Concept, as the plan is called, will attract particularly foreign investors and consequently increase the importance of the stock market in the Slovak economy where banks presently are playing too large a role. 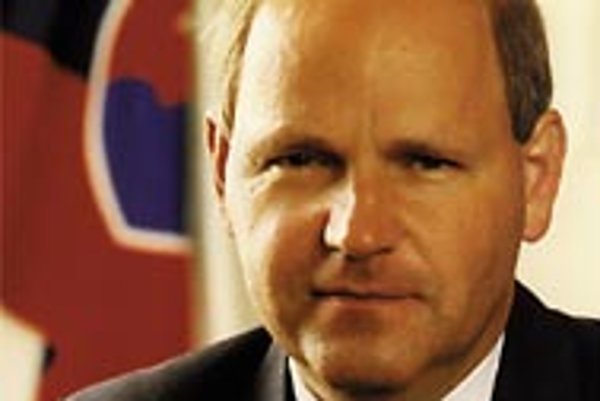 At last, Slovakia's capital market seems ready to recharge its faltering batteries and take off after repeated short circuits over the past three years.

After Finance Ministry State-Secretary Jozef Magula pulled the plug and moved to the central bank's board of directors on January 28, his successor, Peter Staněk, former economic advisor to Premier Vladimír Mečiar, has come up with a blueprint that he says will hotwire the country's public markets without burning the fuse.

In an exclusive interview for The Slovak Spectator, Staněk said his Capital Market Concept, as the plan is called, will attract particularly foreign investors and consequently increase the importance of the stock market in the Slovak economy where banks presently are playing too large a role.

Market players like Martin Kabát from the brokerage company Slávia Kapitál appreciate the effort, but point out that the government can only do so much. Rather than state activity, the banks' own policies will turn companies to the capital market eventually, Kabát said. "Even though businesses now borrow rather than go to the stock market with a new issue of shares, the high interest rates are going to force them to change their minds," he said.

Staněk identified "lack of transparency, strategic investors and venture capital as dominant problems of the capital market." Kabát seconded: "The market needs liquidity only big foreign investors can bring, and that requires transparency and a conceptual approach by the government."

The new concept strives to deliver on both. It will clamp down on managers caught siphoning away profits of their companies and on insider trading. If a new owner after a takeover tries to avoid the obligation - already stipulated by law - to publicly offer to buy remaining shares at market price, the government will show no mercy. Staněk said the measures will include criminal prosecution of offenders and eventual prison terms.

The plan also demands that all issuers of publicly tradable shares publish financial and accounting information every six months. Staněk assumes this will have two desirable effects. Firstly, it would force small companies ineligible for public trading to transform their issues into private shares and withdraw from the public market. Secondly, it would allow investors to get more information on the ones that remain on the bourse.

Consequently, both the market's transparency and attractiveness should increase dramatically.

Kabát welcomed the plan, but stressed the market's auto-regulatory capabilities. "If businesses want to move ahead, they need foreign capital," he said. "And if they want foreign capital, they [themselves] have to be more transparent, and they know it."

The third principal feature of the plan is the establishment of the Securities Commission (Komisia Cenných Papierov - KCP) expected to be in full operation by mid-1998. The scheme claims it is modelled after the U.S. Securities and Exchange Commission.

The KCP would consist of seven commissioners proposed by the finance minister and appointed by the government to five-year terms. A staff of up to 100 employees should guarantee the KCP's competence and ability to act. Its powers would include: granting and revoking licenses for market players, approving public tradability of shares, issuing regulations concerning investors, markets and issuers and penalizing rule-breakers. Although hailed by the plan as another important step towards Western standards, Levkanič had his reservations about it. "It's a good idea," he said, "but its results will depend on how the commissioners are appointed."

Staněk smiled when he heard that, then offered his rebuttal: "The [only] problem with the KCP is to find seven people qualified enough to do this kind of work," he said. "The government has too many of its own problems to create another by appointing incompetent but faithful people."

The Commission, however large, cannot deal with everything. Therefore, the new approach envisages a greater role for self-regulatory organizations of market players. By having a voluntary and selective membership, these organizations are expected to monitor its members' activities, investigate rules violation and report to the Commission.

Both analysts from Slávia Kapitál said that cooperation between the Finance Ministry and self-regulatory organizations has improved dramatically since Staněk's appointment, who reportedly was enthusiastic about self-regulation.

There are also two specific but important issues the concept deals with: transformation of currently banished investment funds into mutual funds [EXPLAIN], and the creation of several capital markets in Slovakia. The transformation should be possible but with limitations aimed at protecting retail investors, the report said. Investment funds from the first wave of voucher privatization should also be allowed to transform themselves, Staněk said, adding they could revitalize the market, as most small investors have stakes in them.

Staněk was evasive when asked about the future of the country's two capital markets - the Bratislava Stock Exchange and the RM System - acknowledging that the government should not meddle, but saying in the same breath that the duality is confusing to foreign investors.

Staněk, known for his conceptual approach to the economy, decided to avoid any further shocks by having most of the proposal's measures enacted not until the end of 1999. His is already the third conceptual map the capital market has faced in less than three years.

Magula's tight-fisted reign over the capital market provoked a mixed response. "He did a lot of good things," said Viktor Levkanič from Slávia Kapitál. "The most important was the obligatory dematerialization of securities [i.e. securities now exist only in the Register of Securities Center (SCP)] which together with other measures brought more transparency to the market than there is, for example, in the Czech Republic."

His colleague Kabát keeps less fond memories. "He [Magula] probably had good intentions, but he damaged the capital market in two principal ways," Kabát said. "First, he directly crippled some of the biggest players like Sporofond and scared off the small ones by hurting the capital market's reputation. Second, he did not cooperate with self-regulatory institutions like the Association of Investment Funds and Companies (AIFS)."

Staněk brings a different perspective to his office. In his two years as Mečiar's economic advisor, he managed to push through several of his unorthodox economic ideas.

According to one Western diplomatic source who specializes in economic matters, "he is the author of the bond privatization method and the company revitalization plan." Staněk himself says he has Mečiar's ear and "based on experience of the last two years," expects 80 percent of his proposals to be implemented.

Two years ago, Staněk co-wrote a book with an ominous title: "Will Slovakia Survive the Year 2000?" Sitting now in his spacious office at the ministry, he exudes confidence that not only will the capital market survive, it will flourish. The market players can only hope he is right.