Research-based pharmaceutical companies and officials in the Slovak health care system are blaming each other for delays in getting new drugs on the Slovak market.
At issue is the registration and "categorization" of new drugs for sale or reimbursement to Slovak physicians and hospitals, a procedure which research-based pharmaceutical companies say simply takes too long, while officials at the Slovak Ministry of Health and the State Institute for Drug Control (Štatny Ústav Kontroly Liečiv - SUKL), the government's adjunct in the health-care sector, says the process is a model of efficiency when compared to other systems in Europe.
Patrick Machan, the Slovak branch manager of the international pharmaceutical laboratory Pfizer says his company is still trying to market drugs which had already passed all clinical 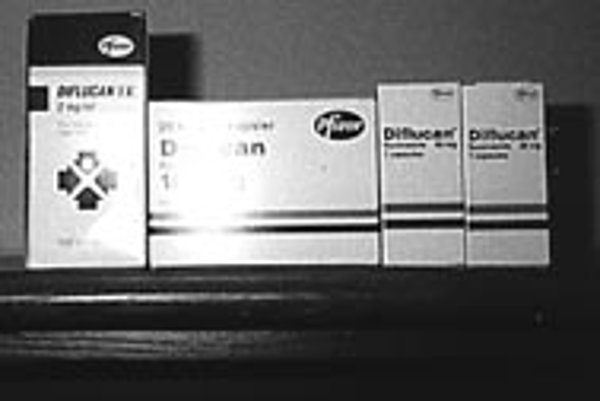 Font size:A-|A+0
Research-based pharmaceutical companies and officials in the Slovak health care system are blaming each other for delays in getting new drugs on the Slovak market.

At issue is the registration and "categorization" of new drugs for sale or reimbursement to Slovak physicians and hospitals, a procedure which research-based pharmaceutical companies say simply takes too long, while officials at the Slovak Ministry of Health and the State Institute for Drug Control (Štatny Ústav Kontroly Liečiv - SUKL), the government's adjunct in the health-care sector, says the process is a model of efficiency when compared to other systems in Europe.

Patrick Machan, the Slovak branch manager of the international pharmaceutical laboratory Pfizer says his company is still trying to market drugs which had already passed all clinical trials required in the U.S. and western Europe.

"We have to submit the file on any new compound to SUKL, which takes 1-2 years to register the drug," said Machan. "The Slovak side does analyses of the compound, [including] chemical breakdown of the drug to the smallest possible molecule, to rule out side effects. This takes quite a long time because many compounds are being registered all the time-3,000 in 1989, close to 10,000 in 1995. SUKL does not have the ability to handle all these drugs."

But Machan said the process doesn't really work that way. According to a law known as Liečebný Poriadok (the general law dealing with health care delivery in Slovakia), the Ministry of Health's "Drug Reimbursement Committee" must decide which drugs will be paid for by the state based on several categories that roughly correspond to "fully reimbursed," "partially reimbursed," and "not reimbursed." To market any new drug in Slovakia, a pharmaceutical company's product must be on the reimbursement list.

Machan said the last such list was prepared in June 1995. "We had a deadline to submit our application for the next categorization on November 15, 1995, which we did," he said. "We were told the new listing should be out by July 1996, then January 1, 1997; then it was April 1 1997-still nothing. Now they're saying July, but I have even heard that it may be pushed back to September."

To set forth their grievances, research-based pharmaceutical companies formed their own non-governmental organzation (NGO) in February to press for changes in the health-care sector, calling specifically for amendments to a new version of the Liečebný Poriadok due for debate in parliament this spring.

Machan said that generic firms are "basically copying" research-based pharmaceuticals' products without having to put up with the long wait and reduction of their own products' patent lifespan.

"Let's say we have about 10 years left on the patent when we first enter the Slovak market," Machan said, using a hypothetical example. "We must first wait approximately two years for registration. We've now been waiting two years for categorization, so that's four years cut off of our patent before we can realistically market the drug in Slovakia. Generic companies simply copy the research companies; they don't contribute new research modalities to the treatment of diseases. [Nevertheless] once our patent expires, a generic company can come in and produce the medication at a cheaper cost."

SUKL sees the matter differently. "Ours is the fastest categorization process in central and eastern Europe," said Ľudevít Martinec, SUKL's director. "This process is much slower in Poland and the Czech Republic, and in Germany it takes 5 years from start to finish. The average time is 4-5 years."

"Every year we receive 800-900 new applications," Martinec continued. "Every company must wait its turn in the queue. This process is based on preclinical and clinical evaluation of each compound. Experts prepare their opinion for the final report, which is presented to SUKL's committee.," he said.

"After that committee makes its recommendation, we prepare our marketing authorization, which we send to the Ministry of Health for them to sign. In the latest case, it took [Health Ministry officials] two months to sign it."

Machan pointed out that in its present form, the new health-care legislation will change the process by categorizing new drugs according to their active ingredients (such as aspirin), rather than on the basis of their brand names. Machan argues that this step will greatly benefit Slovak generic drug-producers, but hurt the research-based labs that are introducing new medicines to Slovak patients.

Jozef Slaný, the head of the pharmaceutical division at the Ministry of Health, conceded that the law has its drawbacks. "Research companies know that next year they will come up with a new compound which of course won't be on the list, so it won't be paid for by insurance companies."

"If it does get on the list it will have to be [according to] a different process, which will take time [to establish] because the amendment still has to be approved in parliament."

"We know that [this is to the] disadvantage [of] research firms," Slany conceded. "But we cannot change the law."

Gerhard Frümann, the general manager of Novatis, a Swiss pharmaceutical company and a member organization of SAFS, recommends a moderate approach to reforming the system. "I know from my experience that SUKL is a relatively efficient organization," Frümann said. "It's never fast enough for us, but you have to look at the

"The complaint that the new law will make the process more flexible for generics is right, but the main factors are the health insurance companies and the fight between the medical-scientific communities, which are appointed by the Ministry of Health, including the [committee] which makes recommendations on the suitability of each new drug,"Frümann said.

"This committee is an essentially conservative complex of subcommittees," he continued. "Their advice is often in conflict with health insurance companies that have to pay for the drugs as well as special interest groups and sometimes even with us. But what I like about it is that in Slovakia this process is relatively transparent, and the bodies are all fairly accessible."

Frümann said the problem with the system is primarily financial. "Health insurance companies as well as the Ministry of Health and the committees all want to have the last word," Frümann told The Slovak Spectator. "The government is not willing to back up its obligation to pay for the health care of its citizens. The health system is underfunded; hospitals are inefficient and the staff is underpaid. Health insurance cannot cope with all that. There are financial problems overlaying everything. This delay is the result of these conflicting interests.

"I think it would be wrong and counterproductive to blame SUKL for this sort of delay," Frümann added. "The political clout of local manufacturers is nothing new or unique to Slovakia; what is missing here is money. In a small country where you have a smaller pool of talent you have to have more patience for the institutions established to deal with this process."