What will be the International Court of Justice's decision on Gabčíkovo-Nagymaros and why?

On April 15, 1997, the International Court of Justice in the Hague closed oral proceedings in the case concerning the Gabčíkovo-Nagymaros Project (Hungary/Slovakia). The case was submitted to the Court jointly by both parties on July 2, 1993 when they notified the Court of the conclusion of the so called "Special Agreement."This "Special Agreement" established the Court's jurisdiction and defined the questions submitted on the basis of the 1977 Treaty on the Construction and Operation of the Gabčíkovo-Nagymaros Barrage System, rules and principles of general international law, as well as other such treaties as the Court may find applicable.
On April 1-2, judges from The Hague visited Gabčíkovo in the Court's first ever on-site visit to a disputed area in its history. The judges' decision is expected at the end of October. 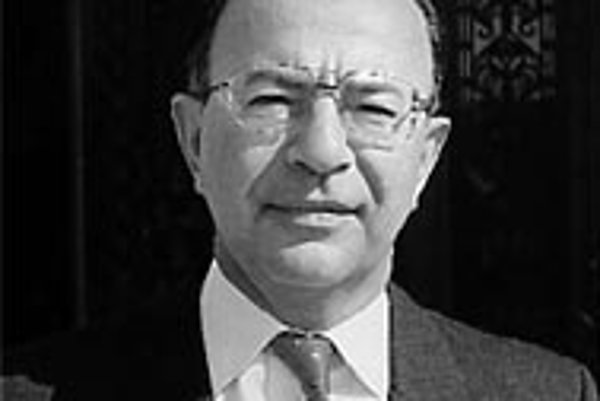 On April 15, 1997, the International Court of Justice in the Hague closed oral proceedings in the case concerning the Gabčíkovo-Nagymaros Project (Hungary/Slovakia). The case was submitted to the Court jointly by both parties on July 2, 1993 when they notified the Court of the conclusion of the so called "Special Agreement."This "Special Agreement" established the Court's jurisdiction and defined the questions submitted on the basis of the 1977 Treaty on the Construction and Operation of the Gabčíkovo-Nagymaros Barrage System, rules and principles of general international law, as well as other such treaties as the Court may find applicable.

On April 1-2, judges from The Hague visited Gabčíkovo in the Court's first ever on-site visit to a disputed area in its history. The judges' decision is expected at the end of October.

Peter Tomka, the lead Slovak attorney, and György Szenási, the lead Hungarian attorney, argued their respective countries' cases at the Court. They do battle one last time in answer to our Spectrum question.

The Hungarian side
By György Szenási

The case provides the International Court of Justice with a precious opportunity to resolve a long-running dispute between two States, contribute to regional stability, enhance the role of the Court, and establish a primary role for international law in the management of shared natural resources and the resolution of international disputes.

First and foremost, Hungary looks forward to receiving the Court's assistance in ensuring a sustainable future for the waters of the Danube and the bio-diversity of the Szigetkoz and Žitný Ostrov - a sustainable future acceptable to both States, which provides full protection for the drinking water supplies of Budapest, and which allows for an environmentally-sustainable, economic development in the area.

We hope that the Court will be able to come up with a comfortable majority which can agree on a solution to this dispute over the long-term, which would confirm our view that the 1977 Treaty is not the instrument to achieve these objectives. A detailed judgement will provide the two countries with a firm basis for negotiation and would limit the possibility that the dispute would have to be sent back to the Court in accordance with the 1993 Special Agreement.

Second, the Court's judgement can point the way to a sustainable future for all Danubian states and indicate to the countries of central and eastern Europe that the judicial settlement of disputes may provide an appropriate means for resolving certain intractable disputes.

Third, the judgement can enhance the future role of the Court for the resolution of disputes of this type, both within Europe and beyond. There has recently been a proliferation of international courts, with new mechanisms recently established to deal with, for example, disputes over international trade and maritime issues. As the "principal judicial organ of the United Nations," the International Court of Justice can demonstrate that it is able to address complex technical issues within their legal context.

While called upon to apply the law, the Court does so in the framework of the political, economic and environmental situation. This case more than most demonstrates the growing complexity and richness of international law, and the need for a high judicial authority to provide an authoritative approach.

And fourth, the Court has an historic opportunity to show that international law is relevant for the close of this century and the next. At a time of unparalleled political and economic change in our region, international law must be seen as a balance between the well-established rules which provide the framework for peaceful relations between states with the dynamic new rules which provide a window to the future.

The Court has the opportunity to show that international law takes account of the past while looking to the future; that it ensures the protection of the needs of future generations without enforcing outmoded science; and that it applies the whole body of our two States' legal obligations - treaty and customary - in an integrated and sustainable manner.

Hungary looks forward with confidence and respect to the Court's judgement.

György Szenási is Agent of the Republic of Hungary before the International Court of Justice.

The Slovak side
By Peter Tomka

Slovakia awaits the judgement of the International Court of Justice with confidence. The Court is expected to decide on only four questions put jointly by Slovakia and Hungary.

1. Was Hungary entitled to suspend and subsequently abandon in 1989 the works on the Nagymaros Project and on the part of the Gabčíkovo Project for which the Treaty attributed responsibility to Hungary?

Slovakia's submission is that Hungary was not entitled to any of these acts and that by proceeding with these acts Hungary breached its treaty commitments.

Hungary was not able to demonstrate during the proceedings that the alleged state of ecological necessity existed in 1989 to justify its behavior. In February 1989, Hungary reaffirmed its commitment to the project by entering, on its own initiative, into an agreement with Czecho-Slovakia aimed at accelerating construction of the Nagymaros Project by 15 months. In May 1989, just three months later, it unilaterally suspended work in Nagymaros and at the end of 1989 it abandoned this part of the joint project.

Nevertheless, Hungary's conduct was not justified. No evidence was produced by Hungary that there would have existed a grave and imminent peril to its essential interests. On the contrary, the evidence produced by Slovakia proved the project had been thoroughly studied and posed no serious environmental risks.

When Hungary abandoned the project, Czecho-Slovakia went on to complete about 90 percent of the project. The only way to save the investment (about $2 billion) already made, and to mitigate damage to Czecho-Slovakia was to complete it exclusively on Slovak territory. So, after careful consideration, and when it was absolutely clear that Hungary would not resume its treaty commitments, Czecho-Slovakia decided to proceed with the provisional solution which is legally justified by the doctrine of approximate application of treaties.

3. What are the legal effects of the notification, on May 19, 1992, of the Treaty's termination by the Republic of Hungary?

Slovakia's submission is that Hungary's notification was without legal effects and that the Treaty has never ceased to be in force and that Slovakia is the successor State with respect to it.

Hungary invoked five points for justifying its purported unilateral termination: the state of necessity, the impossibility of performance, the fundamental change of circumstances, the material breach of the 1977 Treaty by Czecho-Slovakia, and subsequently imposed requirements of international law (of the environment).

According to international law - Article 42 of the Vienna Convention on the Law of Treaties - a State can terminate a treaty only by invoking one of the points which are contained in Part V of the Vienna Convention. And it does not recognize the first (necessity) and the fifth ground (subsequently imposed requirements) invoked by Hungary as valid points for unilateraly terminating the treaty.

Slovakia convincingly argued that the conditions for invoking the impossibility of performance and for the fundamental change of circumstances were not, in any case, met by Hungary. Further, Slovakia demonstrated that there was no breach of the Treaty by Czecho-Slovakia.

4. What are the legal consequences, including the rights and obligations for the Parties, arising from its Judgement on the questions above, 1 to 3? Slovakia's submissions are as follow:

a) Hungary shall cease forthwith all conduct which impedes the bona fide implementation of the 1977 Treaty and shall take all necessary steps to fulfil its own obligations under the Treaty without further delay in order to restore compliance with the Treaty, subject to any amendments which may be agreed between the Parties;

b) Hungary shall give appropriate guarantees that it will not impede the Treaty's performance, and the system's continued operation;

c) Hungary shall full compensate Slovakia for the loss and damage, including loss of profits, caused by Hungary's breaches, together with interest thereon;

d) the Parties shall immediately after the Judgement begin negotiations with a view to adopting a new timetable and appropriate measures for the implementation of the Treaty by both Parties, and to fixing the amount of compensation due by Hungary to Slovakia.

Peter Tomka is Agent of Slovakia before the International Court of Justice.