The biggest bank in Slovakia with total assets valued at 163.33 billion Sk ($5.4 billion), Všeobecná Úverová Banka (VÚB) is the gorilla in the country's banking sector. The Slovak Spectator's editor-in-chief Richard Lewis asked VÚB's president and chairman of its board of directors, Ján Gabriel, about the bank's results last year, its prospects, and developments affecting the financial sphere. Excerpts from the February 21 interview are below: 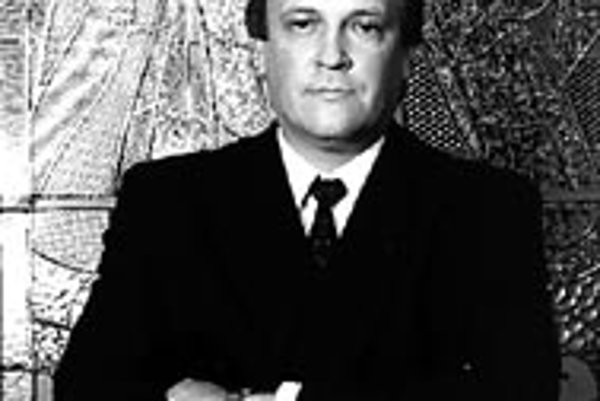 Font size:A-|A+0
The biggest bank in Slovakia with total assets valued at 163.33 billion Sk ($5.4 billion), Všeobecná Úverová Banka (VÚB) is the gorilla in the country's banking sector. The Slovak Spectator's editor-in-chief Richard Lewis asked VÚB's president and chairman of its board of directors, Ján Gabriel, about the bank's results last year, its prospects, and developments affecting the financial sphere. Excerpts from the February 21 interview are below:

Gabriel: "According to our specialists, last year was basically a success for our bank. To be as successful as last year will be difficult."

TSS: Can you define that success?

Gabriel: "Yes. Our most important success was managing the restructuring process. The last two years have been remarkably successful for our bank. In 1995, we stabilized our risk assets. In 1996, we started to steadily decrease our liabilities. And in 1997, we are continuing to decrease our risk assets."

TSS: Tell us more about VÚB's decreasing its risk assets.

Gabriel: "In that respect, we are following the NBS's [National Bank of Slovakia's] decision to restructure banks. The NBS is insisting on banks' using all resources to cover their risk assets. We have lowered our risk assets by 11 billion Sk in the last two years. So our risk assets [as shown by the auditors] come to 5 billion Sk which we lack to cover with assets. But this should be overcome in one year. For us, we want to improve our profits at all levels. That means that shareholders should take part in restructuring our bank. They won't get a yield [because] all of our resources will be used to increase our bank's basic capital."

TSS: What are some of VÚB's other accomplishments?

Gabriel: "In the last two years we have succeeded in reaching reasonable capital adequacy. In 1996, we approached 8 percent capital adequacy, and we expect that we will reach the 8 percent mark sometime this year." "As for the bank itself, our biggest success was finishing our outlets. Before the split of the bank, the Czechoslovak state bank was split into the Czech Komerční Banka and the Slovak VÚB, we had 8,000 employees and 250 outlets. Now, though, we have 40 outlets and 3,000 employees."

TSS: How will the bank increase its basic capital?

Gabriel: "It's a little complicated because of our shareholders' structure. If some shares were privatized, we could request to increase it."

TSS: Speaking of privatization, how does parliament's vote to extend the privatization of your bank and three other financial institutions with shares owned by the state affect your bank?

Gabriel: "The question to privatize or not to privatize is not VÚB's basic problem. The question of today or later is not decisive. What is decisive is the restructuring of the capital portfolio and the CAR [capital adequacy ratio]. Assuming this problem is dealt with, defining the parameters in privatization can be finished anytime."

TSS: But parliament's vote must have some effect.

Gabriel: "The question is for the new law not to stop the banks' activities. Our activity didn't stop though we were included in the Golden Share. [where parliament voted that the state must have a say in decisions of strategic enterprises] This was a reality we had to deal with. It had no positive or negative effect on us."

TSS: Are you interested in outside minority ownership in VÚB?

Gabriel: "Thirty percent of our bank is already owned by owners in the Czech Republic (see graph). We are living with foreign capital all the time, and we suppose foreign banks will take part in our privatization."

Gabriel: "That's normal. But let's say we increase our basic capital by 100 percent - can anyone come in? We don't mind industrial companies; 49 percent of our shares are on the market. If industrial companies want to join, they can buy the shares."

TSS: Would you be interested in a one-time tax write-off for bad loans?

Gabriel: "I don't think the state should be interested in solving this in such a radical way. Banks should be able to solve this problem themselves. It won't happen in a day, but it could occur in about three years."

VÚB At A Glance