If Slovakia wants to avoid a messy deadlock after President Michal Kováč's term ends in March 1998, a significant change is vital. The question is now which of three options that currently seem available will be chosen. Most politicians and political observers agree that the most disastrous scenario would be if there is no president after Kováč's term ends.
If that happened, some of the presidential powers would be passed onto the government, which decides whether to pass them on to the prime minister. But there would be no one to sign into law bills passed by parliament, nor to swear in a new government that would come out of the fall, 1998 elections. 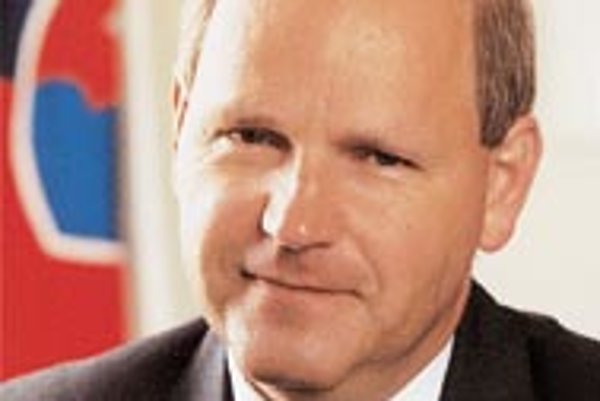 Font size:A-|A+0
If Slovakia wants to avoid a messy deadlock after President Michal Kováč's term ends in March 1998, a significant change is vital. The question is now which of three options that currently seem available will be chosen.

Most politicians and political observers agree that the most disastrous scenario would be if there is no president after Kováč's term ends. If that happened, some of the presidential powers would be passed onto the government, which decides whether to pass them on to the prime minister. But there would be no one to sign into law bills passed by parliament, nor to swear in a new government that would come out of the fall, 1998 elections.

According to opposition leaders, that would open the door for more power being concentrated in the hands of Prime Minister Vladimír Mečiar, and his using it to make constitutional changes he has to date been unable to do in parliament, where 90 votes are needed.

"The constitutional system would crumble like a house of cards," said Jozef Moravčík, a lawyer and chairman of the opposition Democratic Union (DU).

A DU bulletin painted some possible aftereffects if Mečiar wielded presidential powers, such as being able to change judges at the Constitutional Court and granting amnesty to those allegedly linked with the abduction of the president's son, Michal Kováč Jr. and the suspected car bombing of a confidant of an alleged witness to the kidnapping.

Viewing this potential deadlock, the Party of the Democratic Left (SDĽ), whose representatives say they are neither aligned with the coalition nor with the opposition, believe that they can find a candidate acceptable to all if given time to do so.

"If Slovakia was a normal country, the political spectrum would hold discussions and eventually they would come up with a candidate acceptable to everyone," said Róbert Fico, SDĽ's legal expert. "Look, one year in politics is a very long time."

Fico's faith in this second scenario has not been shaken even by the coalition's dismissal of two candidates the SDĽ proposed earlier this year: Košice Mayor Rudolf Schuster and chairman of the Constitutional Court Milan Čič.

"The time is rough, but I'm completely convinced we would be able to agree on someone,'' said Peter Brňák, a deputy in the Movement for a Democratic Slovakia (HZDS), the main broker in the governing triumvirate. However, later Brňák equivocated. şşIf we don't agree, it will not be such a tragedy either," he said. "I'm not worried. We'll work it out somehow.''

While the coalition holds on to all its option cards, several opposition parties have tossed their lot in with a proposal to have the people elect Slovakia's next captain.

On January 10, the DU, Christian Democratic Movement (KDH), Hungarian Coalition (MK), Social Democratic Party (SDSS) and the Democratic Party (DS) began a drive to collect the 350,000 signatures needed to force a referendum on whether the public should elect the president, rather than parliament. The coalition, while not jumping up and down about it, have not come out against it, either. Brňák said he "personally" supported the idea, but that a popularly-elected president with the powers Kováč now has would be like şşPopeye eating lots of spinach and not having a chance to use his strength.''

According to opposition leaders, over 100,000 people signed the petition in the first ten days, with expectations that the requisite number will be reached in two months. "People like the idea," said Ivan Simko, a KDH legal expert and a main figure behind the referendum. "The coalition asked their supporters to boycott the petitions, but I believe those who give their signatures are not necessarily our supporters."

But even if there is enough signatures to organize a referendum, SDĽ representatives say they will challenge the initiative before the Constitutional Court. "The Constitution cannot and must not be changed in a referendum,'' said Ľubomír Fogáš, an SDĽ lawyer who helped draft the Slovak Constitution in 1992.

Clarifying his party's stance, Fico said: şşThe citizens could be manipulated and pass absurd measures,'' a stance echoed by Brňák. "Citizens are reasonable," the HZDS deputy said, "but to carry the state's power through them cannot be limitless.''

Opposition parties believe the SDĽ is against the plan because they were not let in on it. şşWe should have discussed the matter with the SDĽ properly and gained their cooperation, but they are always being very difficult, and needing a lot of time," said the DU's Moravčík. "But this issue cannot wait any longer.''

The first solution is science fiction, most political observers say and many politicians agree. Less impossible, but hard to imagine is the second solution, but even then the constitutional guidelines cannot be changed without a three-fifths majority in parliament. The three-party ruling coalition has 82 seats.

But, hopes and believes aside, towards the end of the interview Fico agreed that there is a realistic chance the parties will not want to agree, and then Slovakia could face a dreadful political and constitutional crisis.''

"Now, why should we not agree on a suitable president?,'' asked Jozef Prokes from the Slovak National Party (SNS), one of the three coalition parties.

Simko is confident to defend the case. He points out that in 1995, the Constitutional court ruled out in 1995 that referendum is a fuse the citizens, who are "carriers of the primary legislative power,'' should be able to use in case parliament adopts unwanted measures.

IF PEOPLE SAY THEY WANT THE REFERENDUM

According to Simko, SDL will eventually not do anything, if enough signatures is collected şşbecause also SDL's voters want a referendum.'' "Even Meciar would not dare to decide against such an apparent people's will.'' Simko said. No, he probably wouldn't, agreed Brnak. But he would come out with a countre-move.

"We have enough deputies in the Parliament to call for a referendum with a completely contradictory set of questions... for example a referendum to fire the current president.''

According to Brnak, directly elected president with same powers as defined now But changing presidential powers is exactly what the referendum organizers do not want.