The Ministry of Finance and the PSIS investment company are at each other's throats again. Three weeks after PSIS's shareholders agreed to liquidate the company, they received a notice from Deputy Finance Minister Jozef Magula informing them that the Ministry had seized the firm's license to operate. This is the second time Magula has decided PSIS was breaking the rules. The first time the Ministry removed PSIS's license on the grounds that the company was misleading its shareholders by its offer to buy their coupon booklets from the then-second wave of coupon privatization. PSIS representatives filed a complaint with the Supreme Court and won. 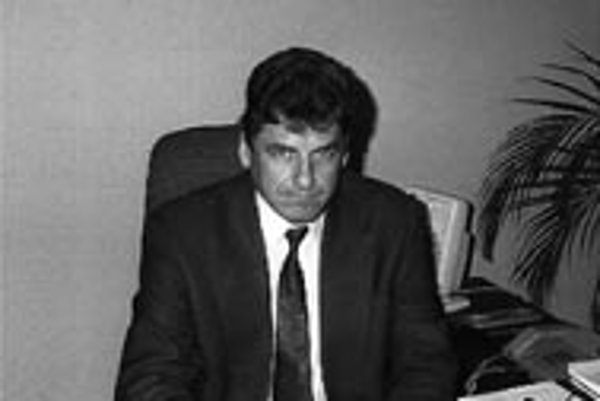 The Ministry of Finance and the PSIS investment company are at each other's throats again. Three weeks after PSIS's shareholders agreed to liquidate the company, they received a notice from Deputy Finance Minister Jozef Magula informing them that the Ministry had seized the firm's license to operate.

This is the second time Magula has decided PSIS was breaking the rules. The first time the Ministry removed PSIS's license on the grounds that the company was misleading its shareholders by its offer to buy their coupon booklets from the then-second wave of coupon privatization. PSIS representatives filed a complaint with the Supreme Court and won.

However, PSIS officials claim they lost 360 million Sk from their forced hiatus, because they were unable to manage the firm's savings and investment funds. Because they were unable to operate, shareholders from PSIS's two owners, the First Slovak Investment Group a.s., and the Czech private company Research Institute of Financial Administration, decided to liquidate PSIS by May 31.

PSIS representatives said Magula's verdict, issued June 19 and delivered to PSIS on June 24, was to prevent the company from managing its own liquidation. "It is like sentencing someone who drowned several days ago," said Igor Ďurič, PSIS's director. "[Magula] does not want PSIS to choose the liquidator." Magula said the Ministry removed the license because its supervisory department discovered PSIS had incorrectly transformed itself into an investment fund.

PSIS managers want to choose their own liquidator. If they get that right, one of their first moves will be to sue the Ministry for the 360 million Sk, said Vladimír Rajčák, deputy general manager of the First Slovak Investment Group. But Magula, knowing where self-liquidation would lead, issued his liquidation verdict despite knowing that PSIS already ceased to exist. Sitting behind his desk covered with neatly piled documents, Magula said PSIS's liquidation was now out of his hands.

"I am leaving it up to the court to decide whether they had a right to vote on their company's liquidation or not," the deputy finance minister said. If the court rules in the Ministry's favor, Magula said he would place PSIS under the administration of the Harvard Investment Company (HIS), which then may decide whether to liquidate PSIS or continue managing its investment and cash savings funds.

Rajčák said the shareholders decided to liquidate after they read a 99-page report put together by the Ministry's capital market supervisory office.

In it, inspectors discovered 1992 PSIS's transformation into an investment company had been illegal. However, the Ministry has carried out inspections on PSIS every year and never concluded that PSIS had made an illegal switch. Magula himself has signed documents approving PSIS's transformation.

"We suspected that Magula had sentenced us to death already," Rajčák said, "so we committed suicide."

Since May 31, Investičná a Rozvojová Banka (IRB), PSIS's depositor, by law has been tending to the firm's affairs. However, Magula's action, tantamount to a legal ruling, has paralyzed any activity related to PSIS. "He has created total chaos," Rajčák said. "Now nobody knows whether to obey Magula or act according to the law." Ďurič said that PSIS has asked Finance Minister Sergej Kozlík to cancel his deputy's decision. "If the ministry turns our request down," Ďurič said, "we'll turn to the Constitutional Court."

Closed for business and selling out

PSIS is a huge investment company. Under its umbrella is Slovakia's largest savings fund, Sporofond, concentrating 1.3 billion Sk worth of savings for over 40,000 people. By the end of 1994, Sporofond's portfolio increased the value of people's investments 1.54 times, Rajčák said. Moreover, Rajčák extrapolated that the consistent rise in the Slovak bourse since December 1995 would have multiplied the investors' money 1.8 times.

But this is only theoretical. The fact remains that Sporofond is closed for business and selling out. When Magula took PSIS's licence away in March 1995 and ordered HIS to manage the fund, small shareholders panicked and demanded their money. Thirty percent of them withdrew their savings from the fund, causing the fund by law to go into liquidation.

HIS had to sell a significant portion of Sporofond's portfolio just when the Slovak capital market went into a depression. By March 1996, PSIS paid 60 percent of each shareholder's savings. Duric said that the fund was getting ready to pay another 30 hellers per every crown invested, but the move has been frozen by the Ministry's action.

Magula insisted that all he cares about in his protracted battle with PSIS is protecting small shareholders. "The Ministry of Finance tries to protect ordinary citizens from becoming pawns in the hands of various speculators operating in the field of collective investment," Magula wrote in a piece published in the daily Pravda. "It's no surprise that citizens, especially fund shareholders, are disoriented and look for the culprit in the wrong place," Magula's argument continued.

"It is more comfortable for them to accept the statement that it is the state, represented by the Ministry of Finance, who is responsible for the problems that happened in this [PSIS] investment company. The Ministry is only fulfilling its tasks given to it by law."