When Sony announced in April that it would invest 420 million Sk ($14 million) over two years into a new factory in the western Slovak city of Trnava, it signalled a potentially bright future for investments from the land of the rising sun. But Slovakia has hardly been aggressive in following up on the breakthrough deal, continuing to let the country sell itself on the basis of a few pat attributes, its positive macroeconomic indicators, and select success stories that are cited ad nausea. Such a laissez-faire approach to persuasion is not enough for potential investors who expect not just royal pampering, but also substantive incentives. 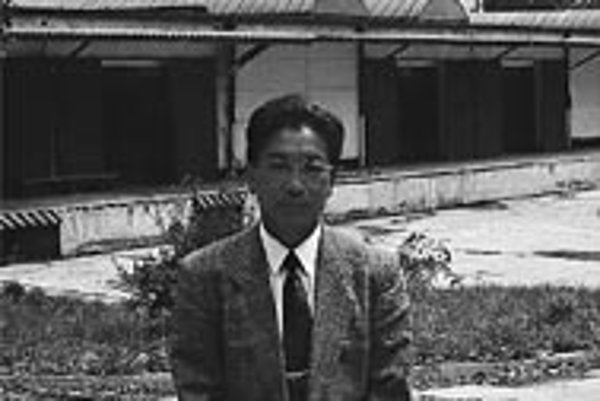 Font size:A-|A+0
When Sony announced in April that it would invest 420 million Sk ($14 million) over two years into a new factory in the western Slovak city of Trnava, it signalled a potentially bright future for investments from the land of the rising sun.

But Slovakia has hardly been aggressive in following up on the breakthrough deal, continuing to let the country sell itself on the basis of a few pat attributes, its positive macroeconomic indicators, and select success stories that are cited ad nausea.

Such a laissez-faire approach to persuasion is not enough for potential investors who expect not just royal pampering, but also substantive incentives. But with Slovakia still offering little of either, both Japanese and Slovak officials say they have received few inquiries from Japan since Sony's announcement. They say Japanese firms are waiting to see what Sony's results are before they too commit to what they see as a risky investment.

In part, it was this risk that Sony officials say appealed to them. But in the end, representatives of the electronics manufacturer say it was low costs - not high salesmanship - that ultimately persuaded them to open shop here. "It wasn't the government that brought us to this country," said Ivan Hughes, the Trnava plant's deputy manger. "We tried to get tax holidays, but we couldn't get any."

One tax break the firm could have received as a foreign investor bringing more than 10 million Sk into the country did not apply because much of Sony's equipment are items more than two years old that are being transferred from other sites.

"The incentive is the people," Hughes said. "And the labor cost is cheaper." Sitting in offices so new that they remained undecorated and sparsely furnished, Hughes and his Japanese colleagues emphasized Slovakia's long-term advantages over its neighbors Poland, Hungary, and the Czech Republic, all of which the firm also considered in their search for a site.

"It came down to Slovakia and the Czech Republic," Hughes said. But of Slovakia's brotherly neighbor to the west, he said, "a lot of people are there now," including rival Panasonic, which in January announced the opening of a plant in Plzeň. He also said wages in the Czech Republic are rising quickly and the country's proximity to Germany means other costs are likely to rise sharply. "The Czech Republic would have been easier for us," Tamotsu Suzuki, the plant's managing director, said, "but long-term, Slovakia is better."

Sony is banking on Slovak workers' reputation for being as technically skilled as their neighbors, and the projection that they will command lower wages into the foreseeable future. Transportation is another cost-efficient factor in the Sony plant's equation. Thanks to Trnava's proximity to major transportation veins, shipping the deflection yokes and electronic guns the plant produces to television assembly plants in Spain and Wales will be relatively inexpensive.

This is not to say Sony is cutting corners. "Quality is the main thing," Hughes stressed, adding that materials will come from Hungary and elsewhere initially, but that perhaps the plant can purchase glass and other materials from Slovak suppliers in the future.

As it strives for quality, the Trnava plant will feel some competitive pressure from a Sony production facility opening in Hungary next year, according to Hughes. "It's a test," he said. "We're doing it here, we're doing it in Hungary. We'll see who is best."

While the Sony executives said they are confident they will succeed in Trnava, as they walked around the shell of a production hall, they admitted some nervousness over next month's scheduled start of production. "Our management sets very tight schedules with very low budgets," said Keiichi Hashimoto, a Sony business planning manager based in London.

Sony is not new to the anxieties of being first in new territory. "Sony always takes a risk," said Hughes, noting that his company was among the first Japanese firms in the U.K. and the U.S. in the early 1970s. "And there are many there now," he said, hinting that those Western countries' past could be Slovakia's future. "If it were very easy, everyone would be here."

Easier, more active trade relations was precisely what many Slovaks hoped for when Sony's chief executive for European operations, Jack Schmuckli, said in April that he was "confident" Sony "will play a pioneer role for other major Japanese companies to look towards Slovakia." But Slovakia has done little to capitalize on the landmark deal, according to one Slovak involved in attracting foreign investment, who spoke on the condition of anonymity. "Our activities are the same towards Western Europe, North America or Japan," the source said. "We don't choose areas of special interest."

The source went on to say, "We've been interested in attracting the Japanese, but they have invested very little here. They have only four companies here. It bothers us. Maybe information will help. Hopefully, Sony will attract them."

Sony may attract them, but not immediately, according to Matsushito Saito, the director of the Japanese External Trade Organization (JETRO) in Prague, which monitors Japanese business interests in Slovakia. He said the dearth of inquiries he gets about Slovakia leads him to doubt the Japanese percentage of total foreign investment in Slovakia to rise much over its present 0.3 percent any time soon.

Saito said that the lack of interest could be attributed to a lack of information. If that is the case, a Sony boom could be all the country needs to satisfy the Japanese yen. Hughes, for one, sounded confident that Sony's gamble on Slovakia will pay off. "I'd put money down that we will succeed."