A CONSORTIUM of financial speculators has assumed a voice on steel-maker VSŽ's supervisory board as cabinet prepares a June decision on the fate of the state's remaining stake in the company.
The bloc, which includes Penta Group, Istrokapitál and J&T financial houses, has along with US Steel Košice expressed interest in acquiring a 16 per cent stake in VSŽ to be sold by the FNM privatisation agency following cabinet approval, expected by June 10. 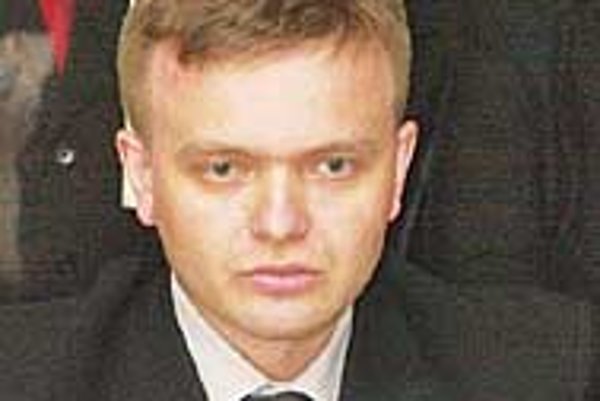 Font size:A-|A+  Comments disabled
A CONSORTIUM of financial speculators has assumed a voice on steel-maker VSŽ's supervisory board as cabinet prepares a June decision on the fate of the state's remaining stake in the company.

The bloc, which includes Penta Group, Istrokapitál and J&T financial houses, has along with US Steel Košice expressed interest in acquiring a 16 per cent stake in VSŽ to be sold by the FNM privatisation agency following cabinet approval, expected by June 10.

While the two opposing camps each hold relatively equal stakes in VSŽ, a controversial sale of VSŽ shares last December by the Economy Ministry that allowed the Penta bloc to increase its holding by almost 20 per cent has apparently left at least one government minister eager to even the ledger with US Steel.

The US firm, which bought VSŽ's core business in 2000, expressed deep dissatisfaction with the December share sale, in which it had previously expressed an interest.

"In addition to the economic viewpoint, the political consequences will have to be considered," said Privatisation Minister Mária Machová of the upcoming share sale.

"Personally, I would be happy if the majority stake went to the portfolio of US Steel."

The shares from the FNM's portfolio could be sold directly to a pre-selected buyer, through an open tender or on the stock market, said FNM President Jozef Kojda, adding that price would likely be the decisive factor.

US Steel, the largest single shareholder in VSŽ with 24.5 per cent, has offered to buy the shares at Sk160 - the same price that was fetched in a murky December sale of a 21 per cent stake in the company from the portfolio of then state-controlled oil pipeline operator Transpetrol.

After ending up with Transpetrol's stake, Penta, Istrokapitál and J&T together control 27 per cent of VSŽ, and managed to acquire three seats on the eight-seat board of directors at a special shareholders' meeting in April.

Soon after, Penta boss Jaroslav Haščák was appointed as chairman of the supervisory board, as the financial group began eyeing the FNM's stake.

"I know that US Steel has already proposed a price, but at the moment I can't comment on this. We will know how much we are prepared to pay for these shares soon, when the government and the FNM decide on the method of selling the shares," said Maroš Sýkora, spokesman for the consortium.

US Steel was not alone in complaining about December's transaction, when Transpetrol's 21 per cent stake in VSŽ was sold 'anonymously' on the Bratislava stock exchange in the final two hours of trading on December 21, the last trading day of the year.

The brokerage firm Stredoeurópsky Maklérsky Dom (SMD), which has close ties to Istrokapitál, bought the stake at Sk160 per share despite claims that VSŽ itself had offered Sk200 per share and that US Steel had not been informed that the sale would take place.

The transaction drew a protest from former US ambassador to Slovakia Ralph Johnson, who advises US Steel: "When I take into account the timing of the VSŽ share sale and the manner in which it occurred, I can only come to one conclusion: no one was interested in holding a true competition," he said.

US Steel boss John Goodish said at the time: "It's more than clear here that someone deliberately tried to lower the price of the shares. In America you would go to jail for that.

"I'm pretty shocked and frustrated by the whole thing. A government which advertises and promotes fighting corruption and transparency has done the exact opposite. I'm very disappointed," said Goodish.

Although the controversy led to several investigations into the deal, including one by the Attorney General's office, and to Economy Minister Ľubomír Harach's offer to resign, the trade was approved in February by the stock exchange, and investigators have yet to find evidence of wrongdoing.

"I'm afraid that again there's going to be pressure from Penta's side, in order that they acquire the shares through the public markets, and again under non-transparent conditions," said Marek Jakoby, an economic analyst from the Mesa 10 think tank, explaining that he saw Penta's intentions at VSŽ as strictly short-term.

"I think they need the shares in order to strengthen their position in VSŽ so they can, by themselves or in cooperation with other shareholders, pursue certain decisions, like payment of dividends.

"I don't think they want to be there more than two or three years," he added.