A EUROPEAN Union diplomat has warned that a draft law on retail chains that would require stores to stock more Slovak goods goes against EU law and is incompatible with the Union's philosophy of free competition.
The bill is in second reading in parliament, having passed first reading in late April with 84 of 106 members present in the 150-seat legislature voting in favour. It seeks to require largely foreign supermarkets to carry a greater variety of products, and to guarantee a minimum of 70 per cent of Slovak-made products on their shelves. 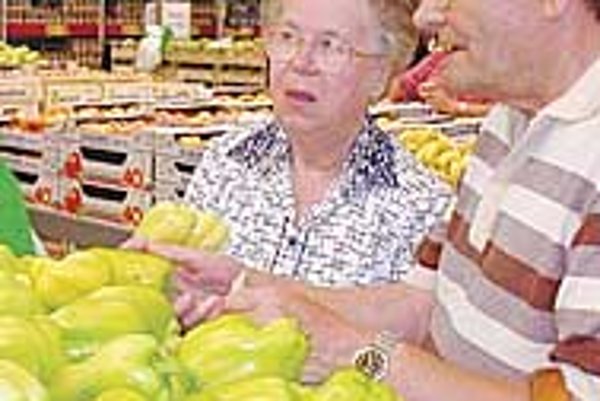 Font size:A-|A+  Comments disabled
A EUROPEAN Union diplomat has warned that a draft law on retail chains that would require stores to stock more Slovak goods goes against EU law and is incompatible with the Union's philosophy of free competition.

The bill is in second reading in parliament, having passed first reading in late April with 84 of 106 members present in the 150-seat legislature voting in favour. It seeks to require largely foreign supermarkets to carry a greater variety of products, and to guarantee a minimum of 70 per cent of Slovak-made products on their shelves.

Onno Simons, a counselor with the European Commission delegation in Bratislava, said he could understand that Slovaks were unnerved by a wave of massive foreign supermarket openings in the past several years, but added the problems local suppliers were having should be solved in other ways.

"The authorities should be aware that any discrimination on the basis of nationality or national origin is contrary to EU law. Free competition is one of the basic tenets of the EU," he said.

"In its 2001 Regular Report on Slovak EU accession, the European Commission testified that Slovakia was ready to 'cope with the competitive pressure and market forces within the Union in the near term.' Any protectionism through national preferences is thus out of line."

Slovak food producers, however, complain that large supermarkets are abusing their market strength through price fixing, high charges to have products carried on store shelves, and compulsory discounts - practices the smaller firms cannot change without help from the law.

"Simply put, when there's a shop selling goods, there's two partners - one who supplies and one who buys. But the retail chains act like they're the only ones; there is no negotiation on any of the conditions," said Miroslav Jankovich from the Slovak Agriculture and Foodstuffs Chamber (SPPK).

The draft law, backed by SPPK, is also designed to address other supplier complaints such as seasonal discounts dictated by the retailers, free initial orders, and long payment terms on invoices.

SPPK claims that every professional association and union in the agricultural and food sector supports the proposal, and that a provision requiring a quota on foreign products could also help address Slovakia's trade deficit in agricultural commodities, which reached Sk5.5 billion for 2002 as of May 7.

Slovakia ran up a record trade deficit of over Sk100 billion in 2002, and has been warned by international economists of the dangers attending the imbalance.

However, retailers side with the EU in promoting the principle of free competition.

"We are all for order on the market and in the economy, but I don't understand why shopkeepers should be policemen on the Slovak market," said Pavol Konštiak, president of the Slovak Association of Commerce (ZOSR), adding: "For that, the state already has customs, subsidy and business policies.

"We also have to accept that consumers want to buy, more than anything, cheaply," added Konštiak, who also works for KON-RAD, a retailer with five outlets in Slovakia.

"We concentrate mostly on regional suppliers. It's in our interest to keep this at the highest level possible, but a lot of smaller Slovak producers are not able to offer a sufficient supply or continuous delivery," said Baťková.

SPPK has already complained to the Antitrust Office about the behaviour of retail chains, alleging that while the stores are in theory competing, in practice they are colluding to squeeze suppliers.

According to Jankovich: "One [store] is green and one is red, but they are all using their dominant market position to dictate conditions."

He added that chains require discounts from suppliers of 10 to 30 per cent in exchange for a heavy volume of business.

"A large buyer who takes 30 per cent of your production is on the one hand a very stable partner, and stops you from having to go to each small shop, but on the other they can apply very heavy pressure. The economic strength of the retail chains is such that their conditions are extortionate," said Jankovich.

Retailers, however, countered that practices SPPK has labeled 'monopolistic' are standard in other places.

"Fees supporting increased sales or product placement in shops are absolutely the norm around the world," said Jana Havličková, spokesperson for French supermarket chain Carrefour, which claims that over 90 per cent of goods on offer in its four Slovak shops are produced domestically.

"The customer should get what he wants, not what the state prescribes," added Havličková.

Slovak food suppliers, however, point out that a lack of capital and the need to restructure puts them at a competitive disadvantage with foreign suppliers, and that the law is necessary to prepare Slovakia's agricultural sector for European integration.

"We think the law will help EU entry for companies in Slovakia who are undercapitalised and have problems because they have to restructure; they have to invest resources towards developing their production. The extortionate conditions of retailers are very hard on them," said Jankovich.

"We don't want discrimination against traders, either Slovak or foreign, but we want it so the rules are the same for everyone," he added.