WITH GROWTH in mobile telephone penetration slowing and large telecoms firms struggling world-wide, a Slovak firm has emerged as the lone applicant for the country's third mobile telecoms licence, after two other potential bidders dropped their applications.
The Telecoms Office (TÚ) announced on May 14 that Bratislava-based Profinet, an alternative telecoms and Internet service provider, was the only bidder for a combined GMS and UMTS network licence, which will allow traditional voice as well as 'third generation' (3G) data capabilities on mobile networks, including video transmission. 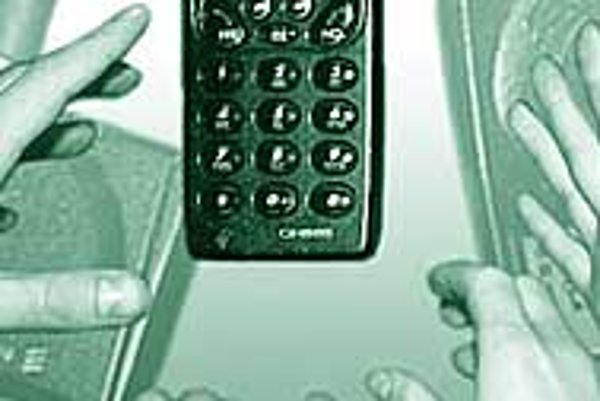 The Telecoms Office (TÚ) announced on May 14 that Bratislava-based Profinet, an alternative telecoms and Internet service provider, was the only bidder for a combined GMS and UMTS network licence, which will allow traditional voice as well as 'third generation' (3G) data capabilities on mobile networks, including video transmission.

"We think there's room for a third operator. We think we can bring to the Slovak market many new and interesting services, with which we can succeed," said Profinet project manager Peter Ostromecký.

Norwegian Telenor and Canadian TIW, which also has an interest in Czech mobile operator Oskar, had expressed interest in the license, but declined to bid due to what they called disadvantageous tender conditions.

"The conditions weren't supported by present legislation and that may be why they were attacked," said TÚ spokesman Roman Vavro, referring to the fact that TÚ, a market watchdog, still has its budget controlled by the Telecoms Ministry and has proven unable to enforce some of its decisions.

However, Vavro maintained that "the show of interest is a success for us."

Besides the combined license, TÚ is also offering two UMTS licences, for which existing GSM providers Orange and Eurotel have already applied. If all of TÚ's conditions are met, the three 20-year licenses should be issued by the end of June, with each bringing Sk1.5 billion to state coffers.

"Our firm is not just interested in the license to be the third mobile telecoms operator in Slovakia. At the moment we also have a big network of optical cables; we're beginning to offer Internet service to households and digital cable television," said Ostromecký.

"The combination with UMTS technology, which allows data transfer and excellent quality, creates the possibility for us to become the universal operator we would like to be and offer complex services to our customers," he added.

While the firm claims to be working with a foreign investor, they have declined to name their strategic partner until the license has been issued.

One of the biggest obstacles facing Profinet, however, is the required investment into infrastructure.

Dag Storrosten, head of Slovakia's second largest Internet service provider Nextra, warned that "the investment into UMTS is a very heavy one. It's a high risk for a third operator to come into Slovakia.

"Sk1.5 billion for the license is not the major part of this investment. The equipment and the infrastructure is much tougher. I don't think in Orange's or in Eurotel's view the license is the difficult part, but they don't want to risk not doing this [upgrading to UMTS].

"But to be a third operator without any international background - to start from scratch, that's very difficult," said Storrosten.

In addition, the present sale of 3G licenses comes at a difficult time for the telecoms sector, with falling global handset sales, a glut in capacity and a sluggish embrace of new standards.

According to the Yankee Group think tank, handset sales fell by 8 per cent in Europe last year and 10 per cent worldwide.

While predicting that growth would again rise over the next few years, Yankee analyst Farid Yunus cautioned: "The European market is on the border of saturation and the peaceful days of two-digit growth are definitely in the past."

Another problem facing the market is that while many experts see the future in 3G, UMTS may not be the standard which drives it.

"There's many incentives in all the so-called 3G technologies. Most of them [including UMTS] are based on CDMA technology, which is working very well in Japan," said Storrosten.

However, he added: "UMTS is quite advanced in incorporating features according to European standards, but it's so complicated that it's very hard to get it incorporated into a handset.

"Mobile penetration can probably grow higher, but it's all about how many of these users will convert to a 3G handset if it's available, and for what price, and what services they are willing to pay for," he said.

According to Eurotel Director Robert Chvátal: "UMTS technology in the future will bring to the branch of mobile communications possibilities which the GSM network is unable to offer. More than anything, it's about high-speed data-transfer, with which many new applications will be possible."

Profinet is optimistic as well, says Ostromecký: "Slovakia is a specific market, but I think it will develop positively.

"We considered the situation and we reached the conclusion that we could come to the market with something new," he said.