ONE of Slovakia's foremost artists, mime Milan Sládek, has decided to emigrate from Slovakia a second time over what he alleges is poor treatment and inadequate funding by the Culture Ministry.
"Over the last four years, all attempts to build contacts with the Culture Ministry failed," said Sládek, head of the Aréna theatre on the south side of the Danube river. "The minister completely ignored our theatre and didn't once visit us. So I'm leaving for Germany, where I worked for a long time and where my work was appreciated."
After first emigrating from Czechoslovakia in 1970 following the Soviet occupation, Sládek was forbidden to return. Not that he particularly minded, especially after starting his career again in Germany and becoming known as one of the world's greatest mimes over two decades of work. 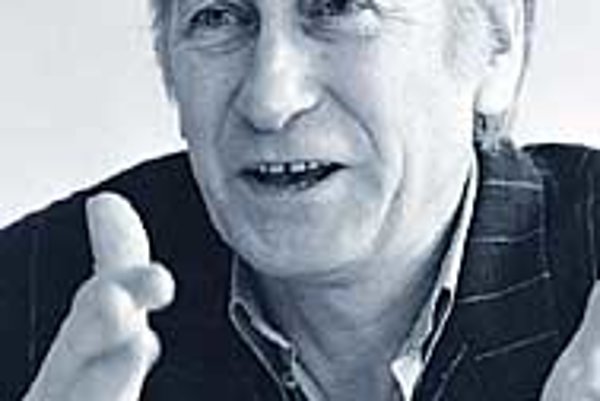 Font size:A-|A+0
ONE of Slovakia's foremost artists, mime Milan Sládek, has decided to emigrate from Slovakia a second time over what he alleges is poor treatment and inadequate funding by the Culture Ministry.

"Over the last four years, all attempts to build contacts with the Culture Ministry failed," said Sládek, head of the Aréna theatre on the south side of the Danube river. "The minister completely ignored our theatre and didn't once visit us. So I'm leaving for Germany, where I worked for a long time and where my work was appreciated."

After first emigrating from Czechoslovakia in 1970 following the Soviet occupation, Sládek was forbidden to return. Not that he particularly minded, especially after starting his career again in Germany and becoming known as one of the world's greatest mimes over two decades of work.

But the arrival of democracy in 1989 was enough to lure Sládek back to his homeland. "The reason I returned [to Czechoslovakia] was not only to show that I care for the country I come from, but also because I firmly hoped I could continue doing the art at home that I had developed abroad," said Sládek, 64.

In 1992, Sládek established the International Institute of Mime Art in Bratislava, which found its permanent home in 1998 in the reopened Aréna theatre - the only stable pantomime theatre in Europe at the moment.

Czechoslovakia's first professional mime, Sládek pledged to The Slovak Spectator in January 2001 that he would never leave Slovakia again. For a while, it seemed that Aréna was turning the corner, with a reconstruction project now nearing an end and international mime troupes on hand to perform at the annual Kaukliar festival (see box at right).

But Sládek, who directs the festival as well, says his decision to leave the country at the end of June has been long in coming.

"I'm happy that I managed to save the theatre building and create a centre for artists interested in movement, and for the mime art which is enjoying a boom across Europe," Sládek said. "But since there was no mime tradition in this country, our work was considered 'experimental', and we were never able to make enough money to support the theatre on our own. After seeing that I wouldn't get adequate [state financial] support here, I made my decision."

The news saddened many who enjoy Slovakia's cultural scene. German Ambassador to Slovakia Frank Lambach said he considered Sládek's departure a big loss for the country.

"Sládek is a globally known Slovak artist who created a highly valuable theatre that goes far beyond presenting just mime activities," Lambach said. "The quality of what he produces is of world standard, and I think it would had been a very useful addition to the external image of Slovakia if he had stayed here."

While the mime blames himself for failing to persuade his political and state benefactors of the importance of supporting the "Aréna project", he saves his harshest criticism for the Culture Ministry.

Ministry officials, however, said the state had been more than generous to Aréna over the last four years, providing Sk6.6 million ($141,300) for the theatre's reconstruction and operation. This year, they said, state funding for the theatre had been raised to Sk9.2 million ($200,000), a 55 per cent increase from the year before.

At the same time, Kolár said, according to statistics Aréna had the lowest number of visitors from 1998 to 2000 among minority-genre theatres while, on the other side, it received the highest state aid when calculated per seat.

"The above facts show that Aréna is by far the most expensive state theatre with the smallest audience. From the purely economic viewpoint, it is the most inefficient theatre in Slovakia," said Kolár.

1ubo Roman, a former Culture Minister and now elected head of the Bratislava region government, said the main problem was that the theatre, which has an international status by virtue of its actors and reputation, came under a regional authority, and therefore had not attracted sufficient support. "The International Institute of Mime Theatre as a minority genre should really belong under the authority of the Culture Ministry," he said on May 15.

But other culture figures with experience of international art said they sympathised with Sládek's frustration.

Artist Róbert Meško, who returned to Slovakia in 1987 and founded Slovakia's first independent dance company, Bratislava Dance Theatre, said he was surprised by Sládek's sudden decision, but admitted he had asked himself similar questions about staying in the country.

"As in the competition for foreign investors, Slovakia is also competing for talent, whether artistic or otherwise. No talented hockey player or choreographer is going to stay here just for the bryndzové halušky. Today you can get those outside of Slovakia as well, not to mention the absolutely asymmetric level of opportunity in talent-nurturing environments.

"Am I thinking of leaving? Sooner rather than later, I think. In just the past year I was invited to give seminars or workshops in London, San Francisco and for the Croatian National Theatre. But to do a free lecture in Bratislava, to receive funding to do a book on the specifics of arts management in Slovakia's emerging market environment, that's somehow a problem here.

"A lot of people are still living in Plato's cave, mistaking old shadows for reality."

The festival opened on May 24 with a performance of The Gift, written and performed by the festival's director Milan Sládek. A Russian performance of Puky Star by Shkidy Theatre and the Polish Babel by the local Contemporary Mime Theatre followed. By the end of this week, five other performances - listed below - will follow.

MAY 27
For the Lady on the Balcony
- Czech mime Bolek Polívka turns back to his childhood and his career beginnings.

MAY 30
Classics
- Selection of comic mime theatre and songs by American Jango Edwards.

MAY 31
The Best of Johnny
- Skits overflowing with the fantasy of Britain's Johnny Melville.

JUNE 1
The Death of a Scarecrow
- An American duo set this work against the depressing background of the war.

JUNE 2
The Cuckoo Killer
- Tragicomedy by the Hungarian Sofa Trio.

All performances start at 19:06 at Aréna Theatre on Viedenská cesta 10 in Bratislava (on the Petržalka side of the Danube, just after crossing the Old Bridge). Tickets can be booked in advance at the theatre Tue-Fri 15:00-18:00 at 02/6224-6875, or through www.ticketportal.sk. For more information visit www.milan-sladek.sk.