PARLIAMENTARY speaker Jozef Migaš has set September 20-21 as the date of parliamentary elections, an event seen as critically important for the success of the country's western integration aims.
After setting the term Migaš appealed to voters to go to the polls. He said on June 6 he believed Slovaks understood the importance of the vote and would flock to election stations to decide Slovakia's future.
A massive NGO campaign aimed at mobilising the electorate is indeed expected to generate high voter turnout, although analysts doubt the over 84 per cent from 1998 general elections will be topped this year. 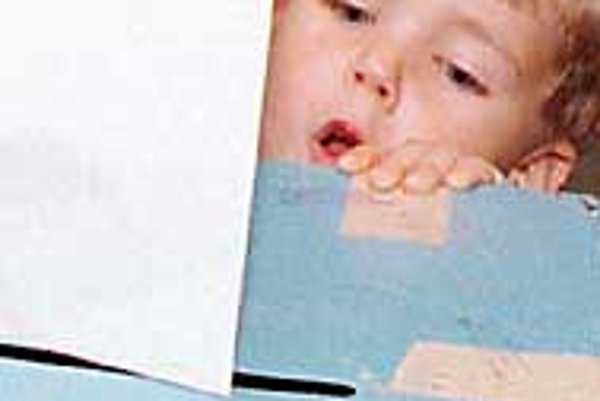 Font size:A-|A+  Comments disabled
PARLIAMENTARY speaker Jozef Migaš has set September 20-21 as the date of parliamentary elections, an event seen as critically important for the success of the country's western integration aims.

After setting the term Migaš appealed to voters to go to the polls. He said on June 6 he believed Slovaks understood the importance of the vote and would flock to election stations to decide Slovakia's future.

A massive NGO campaign aimed at mobilising the electorate is indeed expected to generate high voter turnout, although analysts doubt the over 84 per cent from 1998 general elections will be topped this year.

Lower turnouts in past elections have favoured the opposition Movement for a Democratic Slovakia (HZDS) party of ex-Prime Minister Vladimír Mečiar. Western diplomats have been candid about Nato and the European Union's distrust of Mečiar, however, adding yet greater importance to getting out the vote.

Although the HZDS regularly leads voter support polls with just under 30 per cent, and espouses the same democratic principles as the EU and Nato, the party has not managed to convince most domestic parties and foreign officials of its sincerity in having renounced its authoritarian ways while in government from 1994 to 1998.

Bruce Jackson, president of the influential NGO the US Committee for Nato, said at a recent seminar on Nato in Prešov that returning Mečiar to power would simply be 'saying no' to Slovakia's Nato bid.

"Speaking for myself and our committee I can say clearly that if Mečiar and his party becomes a member of the government, we will say no. I'm sorry, but if you choose the HZDS, you'll repudiate your membership in the Alliance," he said.

A recent survey carried out by the RCA Research agency showed that Slovaks understood the connection between re-electing Mečiar and the country's integration future. Slovakia has a relatively high level of support for EU entry, now at over 66 per cent, while a March 2002 survey suggested that almost 60 per cent favoured Nato entry.

In the RCA survey, released June 10, around half of the total 1,067 respondents said they expected the election results would have a direct impact on the country's accession to the EU and Nato.

President Rudolf Schuster, who recently returned from a high profile visit to the US and Canada, has said that voters must realise that the election results will decide "whether we are left standing in front of that integration door and grow isolated, or whether we enter through the door".

Because of the very strength of the HZDS, combined with its current inability to draw promises of cooperation from other major parties, the next government is expected to be formed from a wide range of parties which unite to ensure the country's integration into western bodies.

The HZDS came out top in a recent poll by the Markant agency with 27.4 per cent, followed by Robert Fico's non-parliamentary Smer with 17 per cent and Prime Minister Mikuláš Dzurinda's SDKÚ party with 11.4 per cent.

Other parties which on the strength of their results would secure representation in parliament include the non-parliamentary New Citizen's Alliance (Ano) led by Pavol Rusko (10.9 per cent), the ruling coalition Hungarian Coalition Party (SMK) with 10.1 per cent, and the government Christian Democrats at 5.7 per cent.

Grigorij Mesežnikov, head of the Institute for Public Affairs think tank, said that these parties were likely to form a coalition after elections sidelining the HZDS and leading the country towards integration.

"All these parties will probably have to join up so the next ruling coalition has a parliamentary majority," Mesežnikov said.

With 12.3 per cent of voters saying they will not participate in elections, and only 13.6 per cent undecided, efforts to increase voter turnout have a limited chance to influence the final outcome.

However, Mesežnikov said, as the HZDS's electorate tended to be a disciplined group which wears its loyalty on its sleeves, the battle for undecided voters could yield gains for what the West sees as acceptable political forces.

The HZDS has recently attacked NGOs dedicated to increasing voter turnout, accusing them of being political rather than independent bodies, misused by the ruling coalition.

"The third sector has developed into a well organised and even better paid political entity used by the current cabinet against the opposition and against democracy. It ignores the fact that the right to vote is equal to the right not to vote," said HZDS MP Pavol Števček.

The Hlava 98 and Občianske oko (Citizen's eye) groups on June 9 opened their "Nie je nám to jedno" (We're not indifferent) initiative, giving undecided voters reasons to go to the polls. The initiative's members argued they are not campaigning for any political party.

Vladimír Talian from Hlava 98' said their goal was "to appeal to all those people who are still looking for motivation as to why they should vote, and to those don't believe in the power of their voice".

Local celebrities such as actor Richard Stanke were among the first to join the initiative.

"I think everyone living in this country has to care about what happens after the elections, and what direction the country will take. It's in everybody's interest to go to the polls and vote so that they don't have a reason to curse two years later on that everything is going wrong," Stanke said.