Speak Slovak - it's the law

It's unlike the Slovak government to do anything without a flourish. So when it came time for Parliament to vote on the new Law on the State Language, it was no great surprise when Milan Sečánsky, an MP for the Movement for a Democratic Slovakia (HZDS) suggested that each member stand as their name was called and cast his or her vote orally - the first departure from the standard electronic voting procedure since the Constitution was passed in 1992. It was more surprising when 26 opposition MPs, many of whom had called the measure unconstitutional during the eight-hour discussion preceding the vote, stood up on November 15 and voted in favor of the law. 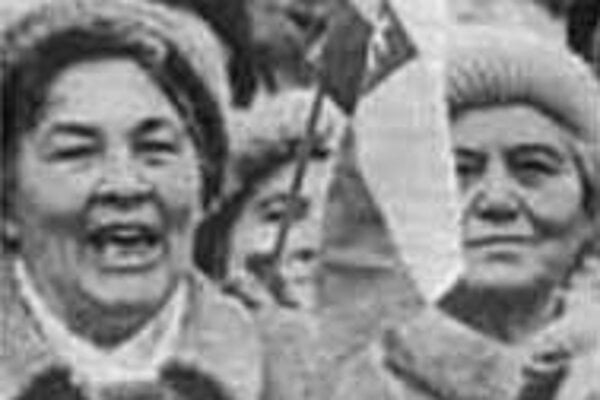 Font size:A-|A+  Comments disabled
It's unlike the Slovak government to do anything without a flourish. So when it came time for Parliament to vote on the new Law on the State Language, it was no great surprise when Milan Sečánsky, an MP for the Movement for a Democratic Slovakia (HZDS) suggested that each member stand as their name was called and cast his or her vote orally - the first departure from the standard electronic voting procedure since the Constitution was passed in 1992.

It was more surprising when 26 opposition MPs, many of whom had called the measure unconstitutional during the eight-hour discussion preceding the vote, stood up on November 15 and voted in favor of the law.

ĆSome suggested that the open vote, which was carried live on state-run television, and a government-organized rally outside the parliament building in support for the bill all played a part in swaying the opposition MPs. The switch-over MPs, however, argued that the amendments to the draft (about 100 changes were made and the final law has not yet been released) made the bill easier for them to swallow.

"We tabled many amendments to exclude those stupidities that were in the original draft," said Eduard Kukan, an MP for the Democratic Union (DU) who voted for the law, "and we succeeded in making it better." Still, Kukan admitted that casting a "yes" vote wasn't easy because the law was "on the verge of violating the constitution," and added that the mood of the debate made him feel pressured.

"I hated the atmosphere and the way it was discussed and adopted," he said. "It's a normal piece of legislation. We should not have been that excited about [the law] and it seems that [the excitement] was a way for some people who had an inferiority complex to get rid of it."

A normal piece of legislation

Those most excited by the law were members of the Slovak National Party (SNS). "It's very simple. I am very happy that the law passed," summed up Jozef Prokeš vice-chairman of the SNS, after the vote. The nationalists have good reason to be happy. Their first attempt to pass a language bill, nicknamed "the Matica law" after Matica Slovenská, the national cultural institution that introduced the legislation, was squashed in 1990.

In fact, in his first turn as prime minister, Vladimír Mečiar slammed the Matica bill during a televised debate that October. But now as premier a third time, Mečiar and his cabinet - particularly his minister of culture Ivan Hudec and education minister, Eva Slavkovská of the SNS, both of whom were present at the vote - have been the driving force behind the law. Some have suggested that Mečiar's turnaround on the state language issue is another example of a new love affair with the nationalists.

"From Mečiar's point of view, [the law] is not his idealogical goal," said Kálmán Petőcz, foreign affairs officer for the Hungarian Civic Party. "It's part of his political bargaining with the nationalists." "The whole thing shows that the SNS and Matica Slovenská are very strong in this bargaining," Petőcz continued, "and Mečiar is very dependent on them."

But Prokeš insisted that passage of the law was not politically motivated. "It is really a law bringing support to national identity and to state sovereignty," Prokeš said. "It was also recognized by the MPs in this way."

Nationalism on an international level

Whatever their motivation, Mečiar and other supporters of the law are risking international condemnation with its passage. First of all, the move put relations with Hungary into a precarious position. Hungarian Prime Minister Guyla Horn sent a letter to Mečiar before the bill was debated to warn him that the principle of the language law violates the European Convention on Human Rights, as well as the bilateral treaty between the two countries. The treaty, signed by both prime ministers this spring and ratified by the Hungarian Parliament in June, has not yet been discussed by the Slovak Parliament; ratification has been repeatedly postponed and is now scheduled for the December session.

The treaty is the principal means for Slovakia to prove to the European Union that it has concreate relations with its neighbors. But, as Horn explained in his letter, the new language law could not just slow down implementation of the treaty, it could also fuel tensions between the two countries, harm the international perceptions of each, and slow down their acceptance into international organizations.

Then again, Slovakia seems to be managing that on its own. The day after the vote on the language law, the European Parliament issued a resolution chastizing the government for its policies, and asking it to guarantee that all citizens have the right to free speech. If government policies that do not respect minority rights are not changed, the ruling said, it could be necessary for the EU to temporarily shelve Slovakia's Association agreement.

"We want to show our international contacts that because of the political instability in the government, this law was a necessary compromise to find a peaceful way for dialogue," said Ľudovíť Černak, a DU MP who voted for the bill, attempting to explain the opposition's view.

But the ruling coalition has taken a harder line against the resolution. Prokeš said he "would be very, very glad if the MPs in the European Parliament started first to investigate issues in the member countries and then to look for mistakes in other countries," citing as an example France, which has its own language law.