Traders knew as they closed out their wheeling and dealing around 2:00 p.m. on November 12, that they were probably completing the last trades ever on the floor of the Bratislava Options Exchange (BOB). The next day, the BOB - due to a Finance Ministry decision not to give it a license to continue operations -closed down. A press statement from the BOB - the first derivative exchange created in central and eastern Europe - lambasted the Ministry's decision. "The closing of an exchange by a state institution, even in a situation where no laws have been broken, is without any precedent and will cause a shock on the capital market, not to mention with foreign clients," the release said. 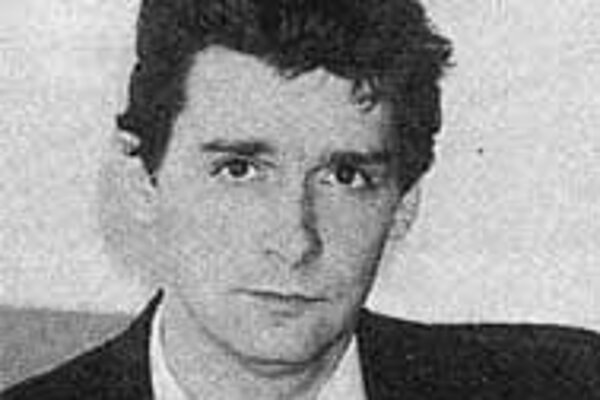 Traders knew as they closed out their wheeling and dealing around 2:00 p.m. on November 12, that they were probably completing the last trades ever on the floor of the Bratislava Options Exchange (BOB). The next day, the BOB - due to a Finance Ministry decision not to give it a license to continue operations -closed down.

A press statement from the BOB - the first derivative exchange created in central and eastern Europe - lambasted the Ministry's decision. "The closing of an exchange by a state institution, even in a situation where no laws have been broken, is without any precedent and will cause a shock on the capital market, not to mention with foreign clients," the release said.

Finance Ministry officials give two reasons why they decided to not grant the options outlet a license to continue: 1) its one-day contract and a later product, the American call option, which officials said operated too much like a spot, and 2) its desire to consolidate Slovakia's young and immature capital market into a single source.

The BOB and the Ministry have locked horns ever since July 2, 1993, the day when the futures bourse introduced the one-day future contract - which operates very similarly to a spot trade -thus creating the third spot market in Slovakia. That might not have been a problem except that dealers loved to trade in them and they became so popular, said Vladimír Ondriš from the brokerage firm Danubia Invest, that deals with BOB's one-day contracts soon outdistanced its replication on either the Bratislava Stock Exchange (BCPB) or the RM-System.

The one-day contract also became BOB's bread and butter; 95 percent of the exchange's total trade volume were with one-day contracts, BOB statistics show. The Ministry, however, was not offering congratulations. Jozef Magula, the deputy finance minister, saw the device as an unstable element to the country's young and immature market. That's why, sources explained, Magula targeted the one-day contract for elimination, crafting the last Securities Act to include an amendment defining a future contract as "a transaction where the underlying asset can be delivered after at least 15 days."

That definition essentially forced the BOB to stop dealing with the one-day forward. Regrouping, the outlet trotted out a brand new product on October 13, the American call options (AKO) with an exercise price of 1 Sk. This product was modeled after an item that reenergized the torpid Swiss Options and Financial Futures Exchange (SOFFEX) in 1991 and transformed it into one of the largest exchanges in Europe.

As it turned out, the AKO offered a wider range of possibilities to traders than the one-day contract did, especially because a dealer could close a position even on an illiquid market, said Ivan Ďurčanský, a market analyst at Investičná a Rozvojová Banka (IRB). BOB General Secretary Vladimír Karásek attributed AKO's popularity to the fact that one could trade without actually delivering stocks, thus leading to more lively trading with classical options and future contracts.

But again Magula contended that AKOs did not fit the Ministry's requirements that delivery must take place after 15 days, and therefore, like its predecessor, the one-day contract, AKO could operate like spot.

While traders admit that AKO gave them the ability to cut a prompt transaction, "[it] depends on the broker and what he or she decides to do," IRB's Ďurčanský said. "Statistics show that up to 30 percent of traded AKOs were not exercised."

The root of all fragmentation

Regardless, the Ministry had already decided on a grand-scale vision of the capital market that did not include the BOB. According to this blueprint, Magula did not believe that a special organizer for the derivatives market was needed. He therefore refused to grant the BOB - the only privately-owned bourse in Slovakia - a license to continue operating. Keeping the BOB open, the Ministry's decision read, would lead "to fragmentation and a decrease of liquidity on the capital market."

Continuing the argument, Ministry officials contended that the BOB was not needed in the short to middle-term development of the capital market and that illiquid trading of derivatives could not possibly sustain the BOB financially, a deduction with which both Ďurčanský and Ondriš agree, at least in the short-term.

In fact, the BOB had decreased its equity from 60 million Sk to 12 million, the daily Sme reported, to compensate for losses of around 120 million Sk in the last two years.

But the options outlet said that free market economics should determine its fate. "The BOB's existence is the exclusive right of its shareholders," BOB's press statement said. "Only the market, not the ministry, can decide whether or not the services provided are beneficial."

Curiously, while the Ministry seems bent on liquidating the BOB, it does not intend to liquidate the derivatives market itself. Instead, a license for organizing this market will be given to either the BCPB or the RM-System, two outlets owned by the state.

That seems to be of little comfort for traders. Consolidating activities in a single exchange, they said, will not improve the situation on the capital market, but hinder it. Ďurčanský said he would rather see market forces prevail through competition among various exchanges than facing the specter of a trading monopoly. The BOB's abolition would be definite if Magula rejects BOB's appeal, sent by the exchange on November 14. The Ministry has 60 days to rule on it.