THE UNITED States has closed its Peace Corps Slovakia programme after 12 years in operation, saying that significant economic and social development in the country over the last decade had eliminated the need for Peace Corps volunteers.
Since the Peace Corps opened in then-Czechoslovakia in 1990, almost 350 volunteers have served in over 200 Slovak schools, government and non-government organisations, national parks and protected areas across the country.
US ambassador to Slovakia Ronald Weiser announced the closing at a ceremony on June 14 "with great pride and some sadness," adding that "Slovakia has earned its way to a Peace Corps graduation." 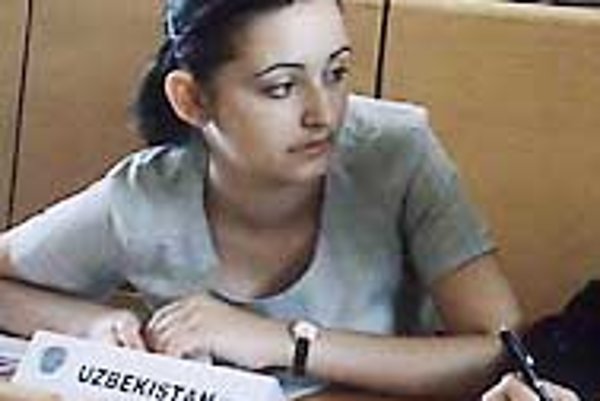 Font size:A-|A+  Comments disabled
THE UNITED States has closed its Peace Corps Slovakia programme after 12 years in operation, saying that significant economic and social development in the country over the last decade had eliminated the need for Peace Corps volunteers.

Since the Peace Corps opened in then-Czechoslovakia in 1990, almost 350 volunteers have served in over 200 Slovak schools, government and non-government organisations, national parks and protected areas across the country.

US ambassador to Slovakia Ronald Weiser announced the closing at a ceremony on June 14 "with great pride and some sadness," adding that "Slovakia has earned its way to a Peace Corps graduation."

On arriving over the years, Peace Corps volunteers typically knew little about Slovakia, but after a three-month immersion training programme, each was sent to a site where they spent usually two years working with a local school or organisation in keeping with the volunteer's field - teaching English, small business development or environment.

At their sites, volunteers would earn a slightly below-average Slovak wage and work closely with Slovak colleagues in day-to-day matters of schools and organisations, as well as with larger long-term projects, requiring cooperation and no little patience from both sides as cultural differences collided.

These differences, say all involved, lead to the Peace Corps' most profound effects on the communities where volunteers served - the way individual volunteers and their Slovak colleagues were affected by their cooperation.

"For a certain period you became ordinary Slovak citizens," Foreign Minister Eduard Kukan told current and former volunteers at the closing ceremony. "It was a valuable two-way learning experience."

"It wasn't only the money volunteers could get for projects, but that [the Slovak counterparts] worked with volunteers as equals and the volunteer helped them achieve their idea," said Peace Corps programme and training officer Jitka Koštenská, who has been on the Corps' permanent staff since 1992.

"At the beginning, counterparts didn't believe the ideas, because it's difficult - the reaction was often that 'in Slovakia it's not possible'. And the volunteer came and asked why, and if they'd tried this or that. Always they learned from each other," she added.

Learning in this sense usually had nothing to do with technical matters, but rather with different approaches to problem solving, combined with setting realistic and measurable long-term goals.

Judy Hansen and her husband Neal, for example, helped Judy's counterpart Jana Tereňová set up an Odyssey of the Mind organisation in Slovakia in 1999, together with other volunteers and organisations in Zvolen, Prešov and Bratislava.

Odyssey of the Mind is a US-based international education programme that organises problem-solving and creative thinking competitions for youth held locally, nationally and internationally, which require participants to find creative solutions to unusual problems with limited resources and within a set time.

Another project was the Model United Nations programme, started by a group of English-teaching and small business volunteers in 1998, and which will continue under the Slovak Debating Association.

The Model UN has become an annual summer fixture at Žilina University where around 100 students from 20 secondary schools take on the roles of diplomats from assigned countries and try to work out resolutions in a mock UN general assembly.

At some point during the week-long event, while delegates are working out resolution points, they are forced to apply their new-found knowledge of parliamentary procedures to address a hypothetical developing global crisis, such as the outbreak of war between India and Pakistan, a situation that last year's general assembly had to contend with.

Volunteer Marcia Hauser, who taught English for four years in Dolný Kubín, has helped organise the event for the last two years, and assembled a manual on how to put the project together.

"These [participating] students are all speaking English, they're working as actual delegates, looking at problems and resolutions; the vocabulary is immense.

"But they're coming up with creative, innovative and interesting solutions to these problems, and they're doing it all in a foreign language," said Hauser.

Although conference participants were originally drawn heavily from schools with a Peace Corps teacher, that number has decreased steadily, and over three quarters of schools taking part in last year's conference were prepared and coached by Slovak teachers of English.

Other lasting projects include park nature trails, language camps, hospices and programmes for the handicapped. Every successful project, volunteers say, has required detailed planning and co-operation, as well as people willing to spend their own time doing something for someone else.

"In Slovakia until the 1990s there wasn't really a concept of volunteerism," said Ann Johnson, wife of former (1996 to 1999) US ambassador to Slovakia Ralph Johnson.

"This was something new - that people would actually come and use their own time to do something for someone else," she added.

Now, however, Peace Corps is closing programmes in Slovakia as well as in the three Baltic republics, part of a decision to apply Peace Corps resources to countries perceived to be in greater need.

"I think Slovakia has developed to such a level that it's quite capable of identifying other resources for fuelling its further development," said administrative officer Brenda Dean.

"We all need volunteers, in the United States as well, working in non-profit organisations and NGOs. The difference is that it's time for Slovakia to start building that service infrastructure as well as funding sources for projects. I think Slovakia can do that quite well on its own," she added.