SLOVAKIA's largest cable TV provider is again in trouble with government regulators, this time for copyright violations.
On June 11, Slovakia's Council for Broadcast and Retransmission (RVR) launched proceedings against UPC Slovakia to withdraw registration of the firm and one of its subsidiaries, Trnavatel, due to their failure to reach agreement with the Slovak Copyright Association (Soza).
If the registration is withdrawn, UPC will lose its right to broadcast, affecting 360,000 customers in 29 towns and cities across Slovakia. 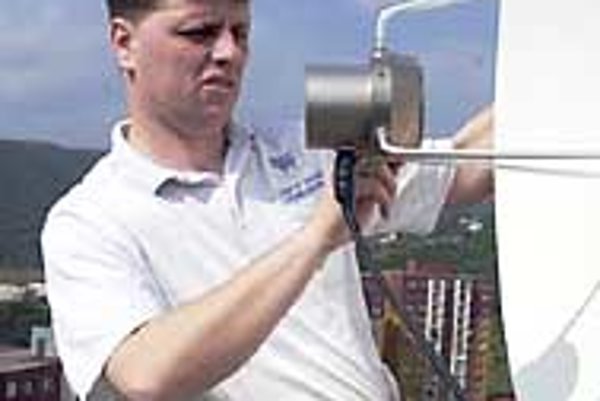 On June 11, Slovakia's Council for Broadcast and Retransmission (RVR) launched proceedings against UPC Slovakia to withdraw registration of the firm and one of its subsidiaries, Trnavatel, due to their failure to reach agreement with the Slovak Copyright Association (Soza).

If the registration is withdrawn, UPC will lose its right to broadcast, affecting 360,000 customers in 29 towns and cities across Slovakia.

"We suspect that there has been an infringement of the law, because these companies do not have legal contracts with distributors of programmes," said Jarmila Grujbárová, director of the RVR.

The RVR claims that UPC is refusing to pay copyright fees to Soza, despite the fact that those fees are set at a third of the amount stipulated in the copyright law. The RVR is also accusing UPC of broadcasting foreign programmes whose copyrights do not cover Slovak territory.

"The council will first decide whether to initiate legal proceedings on the basis of submitted documents, establish proof, and then [UPC] will have the possibility to defend themselves. Afterwards the council will decide," Grujbárová continued.

Soza head Peter Kliment gave the example of films in Hungarian language broadcast on UPC's cable system, copyrights for which are valid in Hungary but not in Slovakia

Kliment also said that UPC had been making copyright payments not to Soza but to its own fund, disputing the Sk7 per-customer-month Soza had requested.

According to copyright law, 10 per cent of each customer's monthly cable bill, not including tax, should go to copyright fees.

But UPC spokesperson Štefan Vadócz said that "UPC Slovakia has never disputed the rights of authors to their reward, which is why since last year it has been paying into a deposit fund a sum agreed on with Soza in the year 2000, and has filed a suit in court which should determine the exact amount of authors' rights.

"UPC welcomes the issue of an exact policy from the RVR, because it will prove that UPC Slovakia has relationships with authors' associations sorted out.

"UPC will continue to offer services to its customers," said Vadócz.

The assurance comes as little relief either to discontented consumers or to government regulators who have so far been unable to enforce existing regulations on an obstinate UPC. Industry analysts said the fault lay with weak Slovak legislation and timid enforcers of it.

In February 2001 UPC came under the scrutiny of the Telecom Office (TÚ) market regulator when customers saw their bills jump by as much as 40 per cent, contrary to the office's rule that limited price increases to the rate of inflation, then at 12 per cent.

As a result, TÚ fined UPC Sk25 million and ordered the company to bring its pricing policy in line with regulations.

UPC appealed the decision to the Supreme Court in August 2001, but withdrew the suit in January 2002, agreeing to pay the fine, refund excess charges to customers and draw up a new pricing plan consistent with TÚ regulations.

However, the TÚ says that UPC has not done any of this, and is continuing to charge its increased prices from February 2001, which has led to complaints by consumer groups and further legal action, including a class-action suit initiated by Bratislava city councilor Juraj Kováč.

Consumer complaints also gave rise to the Bratislava-based civic initiative Non-Freedom of Viewer Choice, which encouraged UPC customers to pay only the monthly fee mandated by the TÚ.

On May 23, the Antimonopoly Office issued a preliminary ruling on Non-Freedom's complaint, deciding that UPC had to maintain service to those participating in the protest.

"We are not disconnecting the stated customers at this time, but we are recording their debts which accumulate by not paying the full price offered by the company," said UPC spokesperson Pavla Petrlová on the office's ruling.

However, during the last week of May, UPC disconnected some customers participating in the protest. Disconnected clients were offered the chance to reconnect for one crown, but only if they paid UPC's prices, including back payments from the beginning of the year, said Non-Freedom spokesperson Jana Miklovičová.

Miklovičová also pointed out that the 'one-crown reconnection' was only good until May 31, after which disconnected customers would have to pay the full Sk350 connection fee.

Although UPC reconnected affected customers in the first week of June, the situation highlights the growing frustrations of customers and regulators with the struggling corporate giant.

UPC Slovakia's parent company, United Pan-European Communications, one of the leading cable firms in Europe with 11 million households in 17 countries, lost 4.4 billion euros last year, twice what the company lost in 2000, and has total debts reaching 11.2 billion euros, according to its auditor Arthur Andersen.