THE RELUCTANCE of banks to lend to small Slovak companies is expected to change following a Civic Code amendment making it easier to use movable assets as collateral for loans.
The changes, which take effect at the beginning of next year, are part of a three-year government strategy to restructure banks and companies and improve the legislative environment for lending.
The Civic Code amendment has been praised by the European Bank for Reconstruction and Development, which has promised funding to help put the law into practice. 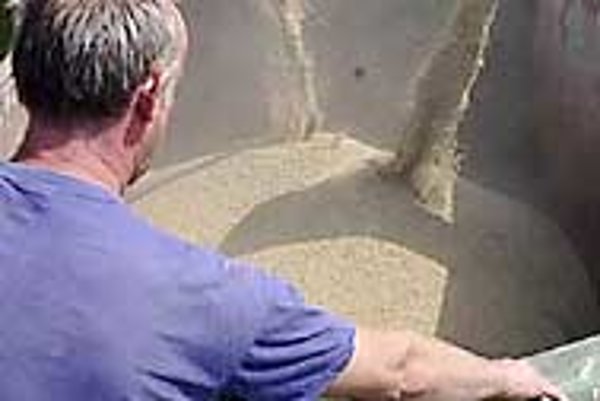 Font size:A-|A+  Comments disabled
THE RELUCTANCE of banks to lend to small Slovak companies is expected to change following a Civic Code amendment making it easier to use movable assets as collateral for loans.

The changes, which take effect at the beginning of next year, are part of a three-year government strategy to restructure banks and companies and improve the legislative environment for lending.

The Civic Code amendment has been praised by the European Bank for Reconstruction and Development, which has promised funding to help put the law into practice.

"We are very, very pleased that this has been approved," said Alexander Auboeck, the head of the EBRD office for Slovakia and the Czech Republic, which financially supported the changes. "Our internal management has also approved the second phase of the project, which deals mainly with the implementation of this law. I can't give you details now, but there will be more funding from the EBRD with respect to implementation."

Under current legislation, small companies say they have difficulty meeting bank lending conditions. Loan collateral must be either in the form of fixed assets - which small businesses often do not possess - or movable assets that are handed over to the creditor for the term of the loan, thus preventing their being used for business purposes by their owner.

For small trucking companies, for example, whose movable assets are essential to the daily running of the business, these lending conditions often prove insurmountable.

The new amendment, on the other hand, will allow movable assets such as machinery, vehicles, warehouse stock or even receivables to be used as collateral while still remaining available for use by their owners, thus matching a lending standard fairly common in the western world.

"I was surprised to discover that this [amendment to collateral law] had been passed. I didn't even know it wasn't possible [to secure a loan with movable assets that remained available to the business], because it's quite normal in western Europe," said Pieter Jägers, the head of Dolphin Slovakia, a branch of a Dutch water cooler installation business.

"I'm happy that Slovakia is coming up to normal business standards," he added.

The other main thrust of the amendment is to increase lending security for banks by creating a register of movable assets that have been pledged as collateral to secure a loan. This rule, states a government explanation of the change, will prevent unscrupulous businesses from using the same assets to take out more than one loan.

"The register will protect banks from providing unsecured loans. It should not happen [as it did in the past] that a company offers the same object as collateral to three or four banks, and then, when it goes bankrupt, none of the banks can satisfy their claims," said Istrobanka analyst Marek Senkovič.

The central register will be supervised by the Slovak Chamber of Public Notaries and will be accessible at every notary office and online, thus enabling creditors to check immediately whether pledged assets have been used as collateral before.

The register will take some months to establish, which is one reason why the long-awaited amendment does not take effect until the beginning of next year.

"That's a technical necessity, because now the register needs to be put together. There needs to be software, there needs to be a selection of the company that implements this project. That's the main reason why this law can not be valid any sooner. This takes a while - it's technically the only way to do it," said the EBRD's Auboeck.

The collateral legislation amendment is expected to have an impact on lending to small entrepreneurs, who have in the past three years suffered from cautious lending policies by banks burned for over Sk140 billion in bad loans before a change in government in 1998.

The credit crunch has endured despite a liquidity surplus on financial markets among former state banks restructured and privatised from 1999 to 2001.

"The excess liquidity in the banking sector suggests that banks have enough resources to offer loans," said Ľudovít Ódor from the Slovak ratings agency, explaining that laws in 2000 to improve bankruptcy protection for creditors, and a 2001 revision of the Commercial Code, had also helped to reassure skittish lenders.

"The latest figures indicate that corporate loans are growing," said Ódor, conceding that large firms still had much a greater chance of getting a loan than small companies. "Banks don't want to see a return to old problems with bad debts, so their analysts are now more careful in providing new loans."

While neither the National Bank of Slovakia nor market analysts were able to estimate the amount by which loans to SMEs could increase, Martin Barto, head of strategy at the Slovenská Sporiteľňa bank, said "it can be expected this amount will grow."

The government's explanatory report also predicted that the collateral law reform "should have a positive impact on employment and job creation" by putting needed funds in the hands of small businesses, which employ 60 per cent of the Slovak workforce.