PRIVATISERS of state assets were again given soft treatment last week when the government allowed some to invest money owed to the state into their own companies. Analysts said the move was tantamount to endorsing the benign privatisation policies of the previous government, policies the current administration has always abhorred.
Based on a proposal by the FNM privatisation agency, the government on July 3 wrote off 40 per cent of the purchase price four privatisers still owed for the state companies they bought if they invested the money into developing their businesses before the end of the year. 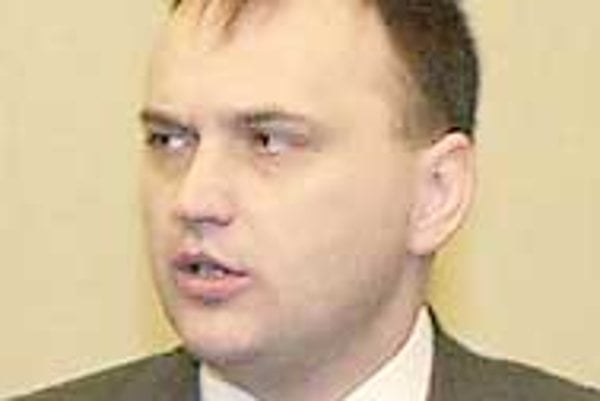 Font size:A-|A+0
PRIVATISERS of state assets were again given soft treatment last week when the government allowed some to invest money owed to the state into their own companies. Analysts said the move was tantamount to endorsing the benign privatisation policies of the previous government, policies the current administration has always abhorred.

Based on a proposal by the FNM privatisation agency, the government on July 3 wrote off 40 per cent of the purchase price four privatisers still owed for the state companies they bought if they invested the money into developing their businesses before the end of the year.

The companies, including chemical maker Chemosvit Svit, construction firm Banské stavby Prievidza, processing firm Slovmag Lubeník and grocery Sintra Bratislava, had already been given a discount on the purchase price in exchange for investments when the industries were privatised in 1994.

Such privatisation practises - charging less than market value for state assets in return for investment promises - were often criticised by members of the current government when they were in opposition under the 1994 to 1998 Vladimír Mečiar administration. Hundreds of privatisers who bought stakes in lucrative state companies under the Mečiar government later failed to make the promised investments.

On the contrary, many of them ran their companies into bankruptcy, creating a list of claims reaching Sk8.8 billion ($200 million) which the FNM is still fighting to recover.

With the granting of additional incentives for the four businesses, analysts said, members of the current cabinet and FNM were simply adopting the privatisation methods they had so loudly opposed some years ago.

"The current government has identified itself with the practises of the previous government. I don't like the way they have done it. I have the feeling that it happened quietly without much publicity," said Oľga Reptová of the Mesa 10 think tank.

Chemosvit, which has paid Sk567 million of the purchase price and invested Sk1.35 billion, still owes Sk68 million to the FNM. It will now be obliged pay only Sk40.7 million, as long as the remaining Sk27.3 million is invested into the company.

"Our predecessors from 1994 to 1998 did not care about the companies they sold. In our case, the FNM remains involved in the companies until they make all the investments. If they stop investing, they will have to start paying again or a bailiff will sell their assets and settle their debt to us or through bankruptcy proceedings," Kojda told The Slovak Spectator on July 17.

"Furthermore, we are only amending the contracts of privatisers with excellent payment records, those who have been making annual payments on their companies for years. These companies will pay 60 per cent of the remaining purchase price before mid-September. Most of them have taken loans to do so, and banks would certainly not lend to unhealthy businesses," Kojda added.

The FNM has received 60 other requests from privatisers for amendments of their contracts, and has approved most of them.

In most cases the FNM can amend contracts itself as the vendor of the property. However, six other projects, including the Makyta textile maker, the Topvar brewery, the Zipp Bratislava and Zipp Geča construction companies and two research and development institutes in Nitra and Trnava, will have to be approved by the government, which sold the assets back in the 1990s.

"The FNM has huge claims towards many companies that were privatised during the Mečiar government, and it wants to get the money back quickly, at least from the companies that are viable and have enough cash to pay the purchase price in several weeks. But I think that this step is discriminatory for other businesses because it's a form of state aid when the purchase price is decreased in exchange for investments," said Reptová.

The FNM is currently involved as creditor in 282 bankruptcy procedures with claims totaling Sk5.8 billion, and is pursuing additional claims of Sk2 billion through the courts.

"Another thing is that some of the selected companies have much better access to information and have a greater chance to lobby for such proposals," Reptová said.

Chemosvit chairman Michal Ľach, for example, is head of the Association of Employers, which is part of the Tripartite Agreement, a formalised discussion body involving top labour, business and government officials.

So did Ľach get a sweet deal through his state contacts? "I expected someone to ask about this, but the criteria are so tough that if Chemosvit did not stick to them, it would not have been accepted," Kojda said.

However strong the criteria, analysts say, the risk still exists that the money is not invested efficiently, or that the investments do not help the businesses.

"The most fundamental thing is that the state has given more money to privatisers instead of getting it back and using it for its own purposes," said Marek Senkovič, an analyst with Istrobanka.