Software busts may not presage avalanche

DESPITE a Slovak court's handing down the nation's first ever convictions for software piracy in early July, the software industry says that after years of decreasing piracy in Slovakia, the problem is now getting worse and becoming an accepted habit among individuals and business users.
On July 7, western Slovakia's Trnava regional court sentenced two men to four month jail terms for copying Microsoft products, while a third will spend five years behind bars for using illegal software, as well as forging Sk500 and Sk1,000 notes. 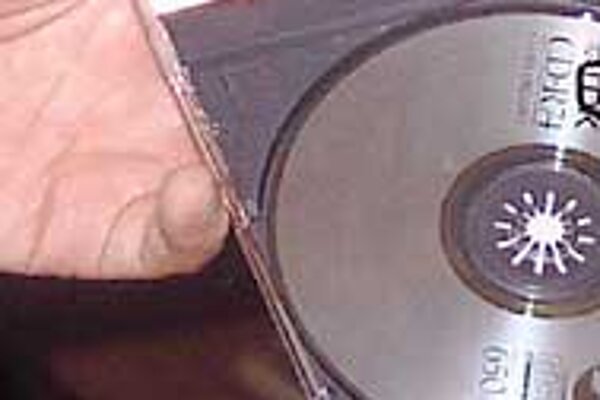 Font size:A-|A+  Comments disabled
DESPITE a Slovak court's handing down the nation's first ever convictions for software piracy in early July, the software industry says that after years of decreasing piracy in Slovakia, the problem is now getting worse and becoming an accepted habit among individuals and business users.

Instead of celebrating the bust, however, the Business Software Alliance (BSA), a Microsoft-led industry watchdog made up of the largest software producers, noted that Slovakia's piracy rate rose by one point last year. The rise mirrors what the group says is a global trend towards copied products that cost them nearly $11 billion in 2001 worldwide.

Although Slovakia's piracy rate of 46 per cent is the same as that of France, and lower than in some EU member states, BSA's Slovak branch estimates that software piracy caused the industry losses of $70 million in Slovakia last year, and an additional $38 million in lost tax revenues for the state.

What has the industry worried is that the piracy rate - an estimation of the ratio of illegal to legal software in use - is flat or rising in many developed countries, including EU member states, indicating that piracy has become an accepted practice.

"In 2000 we noticed stability in the piracy level for developed countries, rather than the downward trend we expected. We speculated that after the reduction of casual piracy, we were seeing a core level of piracy that would be much more persistent," the BSA concluded in their annual piracy study, published in June.

The report claimed that software makers feared that "compliance with software licensing is at risk of being considered an economic luxury that can be abandoned in difficult times."

The industry has long worked with local and international police to battle large-scale counterfeiting operations, where software is copied, packaged and redistributed as legal - a practice that the BSA connects with organised crime.

"Software counterfeiting is controlled at the highest level by sophisticated criminals who rely on an organized, global network of manufacturers and distributors to produce and market massive volumes of counterfeit software CD-ROMs," the agency says.

BSA's response has been dramatic, including an April 2002 bust of 27 people in three US states involved in what the organisation called the largest criminal conspiracy in the history of the software industry.

BSA has also been active in Slovakia, handing out information on software legality at the annual Cofax IT show in Bratislava in the spring, as well as working with the economic crime branch of the Slovak police in pursuing software pirates.

Head of the police department Peter Sucha said that detectives had intervened in around 10 cases of piracy so far, but that his department lacked the human and technical resources to address any but the most glaring offenders.

"It's me and a few other people," he said, describing the manpower applied to policing software in Slovakia.

"Also, many people don't consider this a crime at all. In general this is not seen as socially damaging criminal activity, and on hearing that somebody uses pirated software, people just say 'so what?'" he continued.

While acknowledging the economic damage caused by commercial piracy, some have criticised the BSA's aggressive tactics against end users and small businesses. A video sent last year to 7,000 small- and medium-sized businesses in Slovakia showed a staged police raid in which a manager has his computers seized as evidence while being led away in handcuffs by police.

However, BSA's definition of piracy, which is any "unauthorised copying, reproduction, use or manufacturing of software products," includes nearly everyone who has ever copied a programme from one computer to another.

License agreements for many applications, which users must accept before installing software, allow use of a programme on a single computer. However, users usually click through the documents without reading them, and often share programmes with friends or colleagues.

Small businesses sometimes use a single license for their entire office - an economic necessity, they argue, but a clear violation of license terms in the eyes of the industry.

"Eighty to ninety per cent of our software is illegal," said a Košice-based graphic designer, who asked not to be named. "That's normal in [an advertising] firm like ours."

"If we paid for all our software, we simply wouldn't be able to operate," he continued, explaining that a single license for some high-power graphics programmes can cost Sk30,000 ($670), with annual upgrades at Sk15-17,000.

His firm is already obliged to buy a separate license for each of its five office computers, he said. "And that's only one of the four programmes we need to function."

However, a Bratislava-based systems administrator, who also asked not to be named, said that illegal use in businesses was overall likely less than 50 per cent.

"In small businesses, I would say, about half of the software is legal. Most businesses buy licenses for their Windows and Office, for example, but have other smaller programmes they copy," he said.

More problematic still is the practice of selling computer hardware loaded with unlicensed software, a practice IT insiders say is not uncommon among smaller dealers and not unheard of even among the largest companies.

"One of the founding members of BSA gave us software worth Sk600,000 illegally," said the Bratislava-based programmer, explaining that: "This firm also sells hardware, and when we bought from them, they gave us all the software."