In search of Slovak literature

A NEW ANTHOLOGY of Slovak short stories, elegantly translated into English, offers foreigners a peek at some of the country's best literary talents and will give Slovak culture a global audience, say the book's backers.
In Search of Homo Sapiens, an anthology containing 23 short stories by contemporary Slovak writers, was published recently in Slovakia by the Slovak Writers Society (SSS), while the English version was issued in the US by an Illinois-based firm. 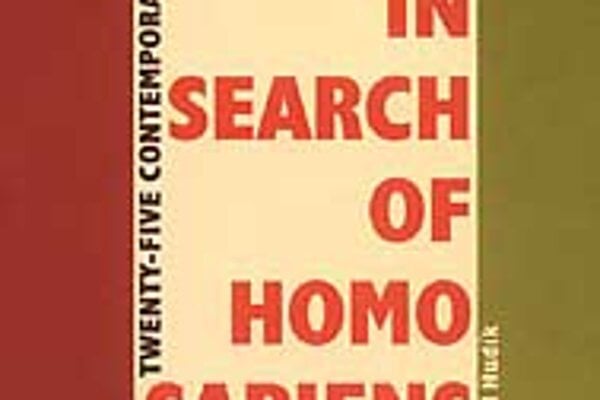 Font size:A-|A+0
A NEW ANTHOLOGY of Slovak short stories, elegantly translated into English, offers foreigners a peek at some of the country's best literary talents and will give Slovak culture a global audience, say the book's backers.

In Search of Homo Sapiens, an anthology containing 23 short stories by contemporary Slovak writers, was published recently in Slovakia by the Slovak Writers Society (SSS), while the English version was issued in the US by an Illinois-based firm.

The older, 1960s generation of Slovak writers are represented by Vincent Šikula with 'Grannie', a story of a young boy in the care of a dying woman, as well as 'The Order of Wolves' by Hana Zelinová, who became known for her historical novels and children's books. Among the younger writers we find the dreamy 'Love as a Crime' by Peter Holka, or 'A Sky Full of Migrating Birds', Etela Farkašová's expressive recounting of a woman's memories. Former Culture Minister in the 1994-1998 Vladimír Mečiar government, Ivan Hudec, contributes 'The Undeniable Likeness of Twins'.

While the target group for the ambitious project is readers in the United States, to a great extent Americans of Slovak descent, Heather Trebatická's skilful translation will also appeal to a European audience and expatriates living in Slovakia.

It is from domestic readers, however, that the book has taken some criticism, particularly for its choice of writers.

The editor of 'In Search of Homo Sapiens', Pavol Hudík, has worked for four decades covering literature as a journalist with the state-run Slovak Radio. In selecting the book's 23 writers, he was allowed by the SSS to choose only from the membership list of the Slovak Writers' Society.

"I tried to chose the short stories with an eye on the foreign reader, as well as to have different kinds of stories represented. I think I succeeded in presenting the entire range of Slovak story tellers from the past few decades," Hudík said.

However, other domestic literature experts questioned Hudík's claim in the book's epilogue that "the selection presented here is an adequate testimony to the variety, intellectual depth and aesthetic appeal of Slovak prose writing."

"It's surprising that names like Dušan Mitana, Dušan Dušek and Rudolf Sloboda are missing from the anthology. It's as if the book wanted to present some kind of dead Slovak literature, a dead culture. It's the very opposite of the Poviedka short story competition organised by the LCA publishing house. None of the new names that emerged from that competition, such as Tomáš Horváth or Rado Olos, is represented in this [SSS] book. Not to mention Michal Hvorecký, one of the most original young writers at the moment, whose books are published in the Czech Republic and Poland. What the SSS is offering us is a 'second league' of writers," said Jozef Dado Nagy, a journalist with the privately-owned Twist Radio's Literary Revue programme.

Other critics have been even more unkind. In addition to the presence of former minister Hudec on the SSS list, former members of parliament Ján Tužinský (sitting for Mečiar's opposition HZDS party) and Gabriela Rothmayerová (of the ruling former communist SDĽ party) also had stories included. Gustav Murín, the chairman of the Slovak PEN writers' centre, says this is evidence of "obvious political connections and a nationalist undertone in the SSS."

According to Hudík, the SSS is preparing an anthology of poetry entitled 'In Search of Beauty', as well as a second instalment of short stories.

In Search of Homo Sapiens: Twenty-Five Contemporary Slovak Short Stories. Published by the Slovak Writers Society and Bolchazy-Carducci Publishers; translated by Heather Trebatická. Funded by the Slovak-American International Cultural Foundation, the Center for Information on Literature, and the Tipos firm. Available at selected bookstores. Price Sk319 ($7).