A FOUNDER of Slovakia's self-styled corporate raiders Penta Group has admitted doing business in the past with Vladimír Lexa Sr, father of the former head of the Slovak secret service, but has denied closer ties to either Lexa or to a group of ex-secret service officers and civilians who allegedly carried out the 1995 kidnapping of the former president's son.
"I've known him [Lexa Sr] for five years, we are friends, and I actually appreciate some of his ideas, others I don't agree with," said Jaroslav Haščák during an interview with The Slovak Spectator August 20. "We have done some deals with him in the past, in real estate." 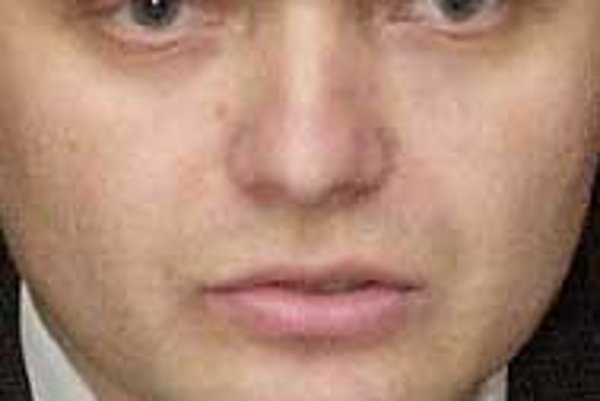 Font size:A-|A+  Comments disabled
A FOUNDER of Slovakia's self-styled corporate raiders Penta Group has admitted doing business in the past with Vladimír Lexa Sr, father of the former head of the Slovak secret service, but has denied closer ties to either Lexa or to a group of ex-secret service officers and civilians who allegedly carried out the 1995 kidnapping of the former president's son.

"I've known him [Lexa Sr] for five years, we are friends, and I actually appreciate some of his ideas, others I don't agree with," said Jaroslav Haščák during an interview with The Slovak Spectator August 20. "We have done some deals with him in the past, in real estate."

Lexa Sr, a member of the last communist-era government in Slovakia, was also deputy prime minister until 1990 and thereafter advisor to Finance Minister Michal Kováč. He has held roles in over 20 Slovak firms since his days in politics, and is considered one of the most influential business figures in the country.

Haščák, however, rejected business connections with men identified in a state prosecutor's indictment placed on the Internet in July as having been charged with the infamous kidnapping and torture of Michal Kováč Jr.

Bratislava region prosecutor Michal Serbin told The Slovak Spectator on August 22 that "the content of the file is identical with the original."

The men, including former head of special operations at the Slovenská Informačná Služba (SIS) Michal H. and former police employees Martin L. and Ľuboš K., were never convicted of their alleged crimes, which included kidnapping Kováč from his car, beating him and applying electric shocks to his penis, forcing him to drink a large quantity of whisky and leaving him unconscious outside a police station in Hainburg, Austria.

A blanket amnesty in the kidnapping case was issued by former Prime Minister Vladimír Mečiar in 1998, acting under powers inherited while the presidency was vacant. The crime, allegedly sponsored by the SIS under the leadership of Vladimír Lexa's son Ivan, was a major reason Slovakia was dropped from Nato and European Union expansion round negotiations in 1997.

The alleged kidnappers identified in the indictment share names and home addresses with men active in dozens of Slovak companies such as Piešťany firm Váh, debt collectors P.B. Factoring, and restaurant operator Gammapolis.

Their business interests have also apparently brought them into close proximity with some of Slovakia's most powerful financial companies, such as securities traders Penta and Istrokapitál.

Gammapolis, in which Martin L. is one of two directors, is part owner of the Dunajservis company, which took an 87 per cent stake in a tender for the SpaP shipping company this spring.

Haščák called Dunajservis a "bidding vehicle" that Penta and Istrokapitál had used to secure the purchase of SPaP.

"SPaP was originally our project, but we thought it might be risky and we didn't want to bear the entire financial risk ourselves. So we approached Istrokapitál with the idea to do the financing 50-50 and the management and profit-taking the same," said Haščák.

"We didn't know whether the tender conditions would include the presence of the bidding firm on the relevant market, and that's why we chose Dunajservis [active on the shipping market - ed. note]. Before we chose the firm I had no idea who its managers were or who owned it. They were chosen by the Istrokapitál group, and in the beginning this was enough for me."

"It's up to them [Istrokapitál] who they employ," added Penta Group board member Jozef Oravkin.

Haščák added that Istrokapitál "cooperate on some projects with Michal H.. He is the link to Martin L., Ľuboš K. and so on."

He added, however, that "I also know Michal H., and my position is this - until a court tells me he is guilty of something, he is not guilty. As far as Lexa Sr goes, for almost three years we have done nothing together, although we still meet from time to time."

Under the Dzurinda government Penta Group has emerged as one of the nation's most powerful financial players, earning millions by leveraging minority stakes in private companies and state firms such as insurer Slovenská Poisťovňa, the IRB and VÚB banks and the VSŽ steel maker to turn a profit once the firms were privatised.

But the firm - owned and run by four men in their early 30s - has also faced questions regarding the clout it has always apparently wielded with government bodies.

An over 21 per cent state-controlled package of VSŽ shares sold on the last trading day before Christmas last year, and which wound up on the accounts of Penta, Istrokapitál and securities trader J&T, drew fire for having fetched far less than the price they were being sold for on the RM-System at the time.

The sale was approved by Economy Minister Ľubomír Harach, for all that trading in VSŽ shares had been temporarily halted days earlier following suspicions that share prices had been artificially forced down.

In 1997, in the largest financial transaction to that point in Slovak history, Penta took control of an investment fund called VÚB Kúpon with assets worth in excess of Sk7 billion.

Haščák said Penta had borrowed most of the "Sk1.5-2 billion" it had spent to acquire a controlling stake in VÚB Kúpon, while Penta's Oravkin, who headed VÚB Kúpon's administrator, VÚB Invest, under the Mečiar government, said the deal had been a fair one for the state fund given market conditions.

Almost Sk500 of the borrowed money had come from Slovenská Poisťovňa, in exchange for 641,000 VÚB Kupón shares as collateral.

However, on November 3, 1997, SP sent 300,000 of these shares back to Penta and allowed the firm to delay repayment of the remaining Sk234 million - without security, at an interest rate of 15 per cent when rates on similar deposits were 28.5 per cent, and with no penalties for late payment, according to a Finance Minstry audit of SP published in 1999.

Penta later bought a debt SP owed to Eurocom Sales of the US for Sk279 million, and turned into an Sk28 million creditor of SP.

How was all this possible, in the wild and allegedly corrupt last months of Mečiar government privatisation, without the indulgence of state officials?

"We managed to convince her [SP head Edita Bukovská] that we would repay the money," said Oravkin. "That's all."

Other apparent connections between Penta and former secret service agents - or with companies under the thumb of Lexa Sr - were dismissed by Haščák as false.

"In some areas you have hit the target, in others you are completely wrong," he said.

"It can be misleading to deduce connections simply by looking at the presence of people on the boards of companies."