Lexa: Slovakia treated me worse than US would bin Laden

FORMER spy boss Ivan Lexa gave an interview to the Nový deň opposition daily shortly after being released from pre-trial custody August 16.
Up before the courts on 10 charges from his 1995-1998 tenure as the head of the Slovak secret service (SIS), Lexa fled the country in 2000 but was recently run to ground in South Africa and deported to face justice in his homeland last month.
However, he was set free after the Supreme Court ruled his jailing had been legally flawed (see front page story). 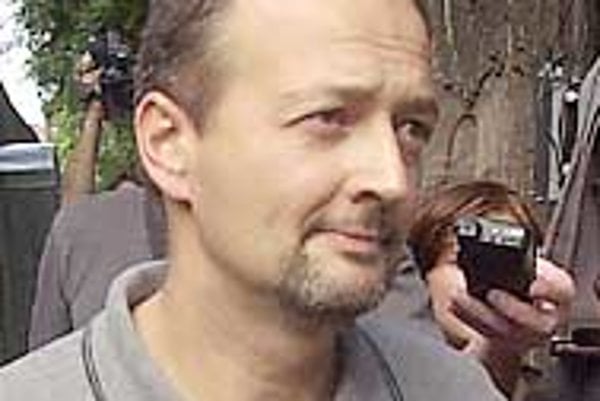 Up before the courts on 10 charges from his 1995-1998 tenure as the head of the Slovak secret service (SIS), Lexa fled the country in 2000 but was recently run to ground in South Africa and deported to face justice in his homeland last month.

However, he was set free after the Supreme Court ruled his jailing had been legally flawed (see front page story).

The Slovak Spectator has translated excerpts from the interview.

Ivan Lexa (IL): I'll keep it short. I'm happy I managed to keep my senses in that torture chamber.

ND: Can you describe your imprisonment?

IL: I was imprisoned for clearly political reasons. I was kidnapped from South Africa. I'll go into the details later.

ND: Who kidnapped you?

IL: The Slovak government, or to be more precise, the government through the participation of some of its members, particularly [people from] its security division. I mean the secret service and the Interior Ministry.

IL: I felt as if I was a prisoner of [Justice Minister] Ján Čarnogurský and [Prime Minister] Mikuláš Dzurinda who, given the enormous failures of the entire cabinet, particularly in the economic sphere and in adhering to the principles of a legal state and consolidating democracy, needed to cover these things up with something else.

I think that my case serves this purpose in a situation when everyone was aware that there is no proof against me. It's also shown by the fact that out of 11 cases the same prosecutor [Michal] Serbin and the same chief of investigation for especially serious crimes [Jaroslav] Šátek guided the proceedings in eight of these cases in such a way that they were not successful in court. Eight cases were either returned or halted.

ND: What does that prove?

IL: That there is no proof for the statements and construed [theories] that these people came up with. The prosecutor was one-sided. He did not stick to the principles embedded in the Criminal Code. He deliberately collected statements, proof and manipulated the testimonies of some witnesses, which made for complete legal chaos. That [chaos] surrounding me was deliberately created as part of the current cabinet's misuse of power.

ND: Aren't those rather hard words?

IL: They are, but I can back them up with documents which next week I want to present to the public through other mass media. Proofs for these statements clearly exist. The Slovak cabinet has been conducting this political affair against me for almost five years now.

ND: How much this has cost you?

IL: In the first place it has caused an immense amount of suffering, not only for me but particularly for my closest [family]. My children and my wife. During all that time they were incredibly brave in a situation that is literally torture. Being followed cost me a lot of mental and physical power. All that took place for the so-called fulfillment of the law.

ND: Can you describe the time you spent in custody?

IL: I was denied my basic rights, something which was absolutely unrelated to the purpose the custody was meant to have. It was clearly an attempt to put pressure on me.

ND: Don't you fear another illegal proceeding against you? Will there not be another attempt to get you back in custody?

IL: I can't rule out such efforts, because already today I have information that these people are working hard on it.

ND: Is it possible that they would want to charge you even with the murder of Robert Remiáš [a police informant who was acting as a go-between for an SIS officer who claimed to have participated in the 1995 kidnapping of the former president's son, but who was killed by a car bomb in 1996 - Spectator note]?

IL: Look, this is something they've been talking about for five years. It was also a part of Dzurinda's [1998] election programme. Despite that, for almost five years they haven't managed to find an executioner for me. They're not looking for judges, but for an executioner. Court [proceedings] against me have already taken place with Čarnogurský, Dzurinda, Pittner [as self-appointed judges - Spectator note].

They organised a firing squad very quickly, in the form of a political commando team at the Interior Ministry led by Šátek, and at the public prosecutor's office led by Serbin. That's a firing squad. They wanted to make executioners out of judges. They didn't manage it. But I can't rule out more such attempts in the future.

ND: They didn't exactly treat you with kid gloves in custody, did they.

In South Africa, some members of their state organs told me they had never seen anything like this before. That what Slovakia has dared to do against me, not even the Americans would dare against Osama bin Laden.

ND: Why do you think they did it in this way, deporting you not only in conflict with Slovak but also international law?

IL: Because they knew that otherwise it was not possible for them legally to get me in their dirty hands.