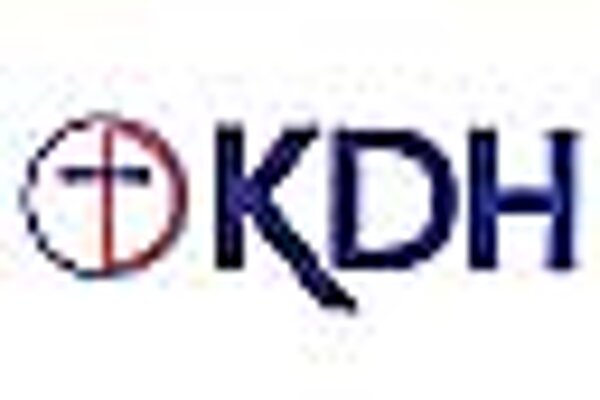 Font size:A-|A+  Comments disabled
The right-wing Christian Democratic Movement, with roots going back to 1990, was the only former member of the now-defunct SDK coalition to survive an attempt by Prime Minister Mikuláš Dzurinda to absorb their leadership into his ruling SDKÚ.

The party's strong conservative roots, based in tough opposition to communism and the country's overwhelmingly Catholic religious traditions, have helped it to keep the support of nearly ten per cent of the electorate, largely rural and older voters.

Expected to play an important role in any right-wing bloc emerging from the 2002 elections, the KDH has also voiced doubts about working with leftist parties such as the non-parliamentary Smer and HZD, and has even mooted forming a right-wing minority coalition with the support of an opposition party.

KDH leader Pavol Hrušovský, 50, was born on June 9, 1952 in central Slovakia's Veľká Mana. In 1978 he graduated from the Law Faculty of Comenius University in Bratislava, later working for various companies as a lawyer.

In 1990 he became a member of the federal parliament of Czechoslovakia, while after elections in 1992 he served as an MP for the KDH. In 1992 he was made head of the district state office in Nitra. In elections in 1998 he was re-elected to parliament, this time for the Slovak Democratic Coalition (SDK), and was appointed deputy speaker of parliament.

In 1999 he was elected KDH vice chair, and in October 2000 replaced Justice Minister Ján Čarnogurský as leader of the party.

Hrušovský is married and has one child.