NBS: We'll be watching, but it's up to banks

MILAN Horváth, head of banking supervision at the National Bank of Slovakia (NBS), believes that the country's admittedly bank-heavy market has turned the corner following five messy crashes from 1999-2001, and that further mergers could follow as new foreign investors sort out the bad management practices of the past.
Horváth added that a revised Banking Law valid from January 1, 2002 was "very significant" in forcing bank leaders to be more responsible to shareholders.
"Management is now responsible for the efficiency with which they conduct their bank's business," he said. 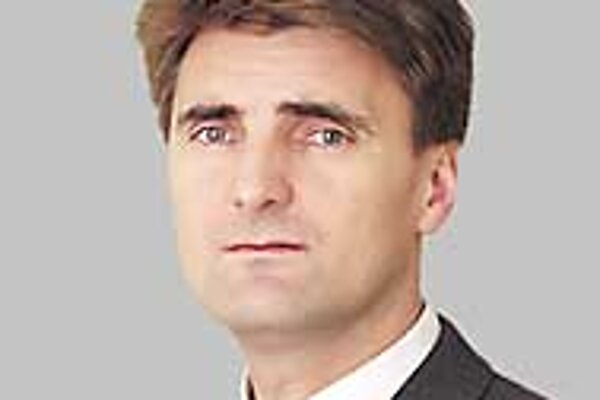 Font size:A-|A+  Comments disabled
MILAN Horváth, head of banking supervision at the National Bank of Slovakia (NBS), believes that the country's admittedly bank-heavy market has turned the corner following five messy crashes from 1999-2001, and that further mergers could follow as new foreign investors sort out the bad management practices of the past.

Horváth added that a revised Banking Law valid from January 1, 2002 was "very significant" in forcing bank leaders to be more responsible to shareholders.

"Management is now responsible for the efficiency with which they conduct their bank's business," he said.

The law also sets capital adequacy limits in banks at a minimum of eight per cent. If capital adequacy falls below six per cent, the bank has to implement a revitalisation plan, while the NBS supervisor has the right to take away the bank's licence, or stop payments of bonuses to managers.

It is, Horváth says, a call to action for an NBS supervisory wing with a battered reputation.

"In the past, [NBS] bank supervisors were often criticised for not acting in cases when negative developments in some banks were observed."

'Negative developments' in layman's English describes the case of the failed Devín banka, a financial house with ties to at least one of the Dzurinda government's parties that was allowed to persevere for over a year after an NBS report found evidence in February 2000 that Devín was lying about its health.

The NBS inspection found that Devín had artificially increased its balance, carried out fictional trades, and lost money on dubious transactions and credits with Russian companies.

The bank also did not adhere to rules commonly applied in financial institutions, and had repeatedly breached banking and accounting laws and a number of regulations imposed on finance houses by the NBS.

Devín finally fell in August 2001, leading to the dismissal of two bank sector supervision managers and the transfer of four to other duties, as well as an investigation of the NBS role in the crash by the Attorney General's office.

Reports from the International Monetary Fund, the World Bank and the European Union were also critical of what they saw as the weakness of the NBS's bank sector governance.

Government economic ministers joined in questioning the strength of the NBS's sector supervision.

Finance Minister Brigita Schmögnerová said the NBS's banking supervision had not produced "what was expected of it" for a long time.

"It should function more effectively. It's also perhaps because of the fact that for a long time there has not been a vice-governor in charge of this area, and I would not rule out the need to make some personnel changes in banking supervision," said Deputy Prime Minister for the Economy Ivan Mikloš.

The Devín crash, which followed those of Priemyselná Banka, AG Banka, Dopravná Banka and SKB, did indeed lead to personnel changes at NBS, paving the way for Horváth's accession to the supervision job in February this year.

Horváth told The Slovak Spectator in a September 11 interview that another Devín was now impossible after an amendment to the NBS Law which "allows banking supervisors to make decisions independently from the Bank Board," increasing the independence of supervision.

"Now, supervisors do not have room to even think - they automatically have to act in response to developments of certain [financial] indicators in a bank," he said.

The recent changes, he continued, were in keeping with "the demands of international institutions like the International Monetary Fund and the World Bank, and above all with the best practices of the Basel agreement on banking supervision."

The legislative changes, he explained were not all stick but carrot as well.

"The new rules also give certain hints to banks on how to act. A bank, of course, is under the pressure of shareholders, its supervisory board, board of directors, and so on, but bank officials also know they have to meet the criteria of cautious business activities.

"The system of banking supervision has changed from an observatory to an active role. We identify potential risks at banks in advance; we can tell the bank where we see a problem and what they should focus on."

Horváth said that supervision was now focusing on "new risks" at former state banks following 2000-2001 privatisation, such as VÚB, SLSP and IRB, but risks at all other banks as well.

"The change in our attitude towards the banks, we could say, has somehow begun a new era. We have started complex supervisions. Our findings have been discussed with managements, ratings have been done, risks have been listed and conclusions have been made on how the banks should deal with them. Now we will continue with other banks."

The early indicators of success, Horváth says, are promising.

"Regarding the basic indicators, balance sums, bank assets and profitability are growing every quarter. In the first half of 2002, the banking sector recorded cumulative profits of approximately Sk5.9 billion [$134 million]. The amount of bad loans is also falling: The ratio of bad loans to total loans is somewhere around 12 per cent.

"On the other hand, the amount of loans is not increasing that much, but that's related to the needs of management within each individual bank, who have to adapt and choose their strategies first.

"In the near future, we expected loan conditions to become more strict, but banks will also have to address new potential clients.

"The past is gone, and now it's up to banks themselves to decide how they develop their policies and how they establish themselves on the market."