UPON ASSUMING power in 1998, the government of Mikuláš Dzurinda inherited great problems, especially in the field of public finances, that had been left behind by its predecessor, the 1994-1998 government of Vladimír Mečiar. These problems lay mostly in the murky nature of financial flows and the significant number of official and 'hidden' debts, including large amounts of guarantees issued by the state for business loans.
For these reasons, among others, the government in its 1998 programme declaration pledged to: 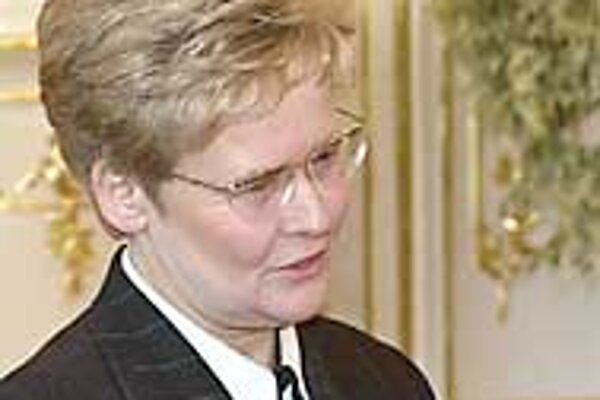 Font size:A-|A+  Comments disabled
UPON ASSUMING power in 1998, the government of Mikuláš Dzurinda inherited great problems, especially in the field of public finances, that had been left behind by its predecessor, the 1994-1998 government of Vladimír Mečiar. These problems lay mostly in the murky nature of financial flows and the significant number of official and 'hidden' debts, including large amounts of guarantees issued by the state for business loans.

For these reasons, among others, the government in its 1998 programme declaration pledged to:

- Increase the transparency of financial flows, decentralise and democratise public finances;
- Reduce the deficit in public finances, by the end of the election term achieving a balanced budget, and slowing the growth of central government debt;
- Decrease the extent and redistribution of money through the state budget;
- Reduce the general burden of taxes and state levies in the business sphere.

The management of public finances

The Finance Ministry from 1998-2002 finally succeeded in making public finances more transparent in the fields of budgeting and management, and also in their monitoring and control.

Along with the State Budget Law, the government also started to deal with the country's mid-term financial outlook, thus paving the way for subsequent budgets. The government's decision to shut down off-budget state 'funds' and incorporate them into the state budget contributed to the transparency of financial flows. More emphasis was laid on the regular disclosure and monitoring of movements of public finances. Statistics were gradually brought into compliance with international requirements, especially those of the International Monetary Fund (IMF) and Eurostat.

Nevertheless, the overall transparency of public finances remains insufficient. The fact that for several years the parliament has approved state budgets with an uncertain planned deficit in two different paragraphs sets a major precedent. In doing so, parliament has given the Finance Ministry and the government the leeway to increase the deficit during the year over the legal limit. This means that the general public has been misled regarding the planned general budget deficit.

The main problem for citizens and for general economic development in Slovakia remains the inefficiency of the administration of public finances. Not only have the Finance Ministry and the government failed to reach their goals in this area, but they have come nowhere near fulfilling the goal of "achieving a balanced economy by the end of the election term".

This aim, however, was from the very beginning unrealistic, especially given the cabinet's unfavourable starting point and the composition of the government, a large part of which was not sufficiently 'market-oriented', being made up of barely reformed communists.

Following the Dzurinda government's first year of rule and developments in the economy, fiscal discipline worsened over the next three years. The difference between state budget income and expenditures in 2000 and 2001 increased to more than five per cent of gross domestic product (GDP). The deficit in public finances in 2002, an election year, is expected to considerably exceed five per cent of GDP.

The government has directly caused the national debt to increase by financing its deficits through loans, and by issuing several bonds to cover bad loans incurred during privatisation. It has not made sufficient use of income from privatisation to reduce existing debt, particularly foreign debt. Therefore, it has not fulfilled the goal of "slowing the growth of the debt of the central government and creating the groundwork for a decrease". On the contrary, the growth in public debt has gradually accelerated. Official public debt has increased from somewhat below 30 per cent of GDP in 1998 to about 43.5 per cent of GDP in 2001.

The main reason for the high deficits and the growing debt is the stable and extensive redistribution of public funds within the economy. The Finance Ministry did not reduce the high level of public expenditures to below the limit from 1998, which was even then around 42 per cent of GDP. It has therefore failed to fulfil the government's goal of decreasing the amount and redistribution of public money. It has not even come close to reaching the aim of "adjusting expenditures to balance public finances".

The Dzurinda cabinet's failure to meet both of its basic fiscal goals has its roots in a distorted view of the function of the government in the economy. The Finance Ministry limits competitiveness and the equality of economic opportunity, for example, by its huge currency and capital transfers to some businesses. It holds many citizens in a state of passivity and dependence on welfare benefits by incurring massive charges in the social sphere, thereby also keeping unemployment at a high level of over 18 per cent. This situation is the result of failures by the Labour Ministry and the Health Ministry to push through needed reforms in their various sectors.

Public spending is also increasing as a result of growing state consumption. The institutions that administer public finances annually spend around 25 per cent of their 'income', in the state budget around 30 per cent, for payments and purchase of products and services, while in the last year of the Dzurinda cabinet tensions over yet another increase have risen.

The Finance Ministry and the government have kept taxes and payroll levies high to finance the cabinet's excessive spending. Some partial goals have been accomplished, including the aim to "decrease the tax burdens of groups with the lowest incomes, reconsider the so-called millionaire tax, and decrease the income tax of corporate entities".

A significant decrease in corporate tax was accomplished in spite of opposition from the Finance Ministry. The positive impact of lower corporate tax, however, has been offset by increased rates in value-added tax (VAT), excise tax, transport tax and health insurance payments.

Other suggestions from the ministry to increase taxation (for example on automobiles or property) were luckily not carried out.

The high rate of payroll levies have considerably increased the cost of labour, limiting employers' willingness to hire employees and preventing the growth of net income among workers.

Overall, the government has not achieved its goal of "decreasing the deduction burden on businesses", although it has lowered burdens by a small degree (particularly in the case of tradesmen who applied for a bulk tax rate) for businesses when considered with the present tax burden.

The average complex tax burden of employees, however, has not decreased. The total tax and deduction burden on most taxpayers has remained at about the same level it was at four years ago - the same place one will find most of the current government's other fiscal promises.

Text translated by Kristína Havasová from: Evaluation of the Fulfilment of the Programme Statement of the Government of Mikuláš Dzurinda, published July 2002 by the Institute for Public Affairs think tank in Bratislava.