TRNAVA - "MAMA, I'm lost," cries a small boy who has come adrift from his minders at a political rally for Robert Fico's Smer party.
His thin wail draws the attention of organisers, who lift him to the stage. Fico hands the boy his microphone, the boy gives his name to the crowd, and promptly starts crying again.
As the boy's mother rushes to collect him, Fico, microphone again in hand, says to applause: "You see - politicians can do good deeds." 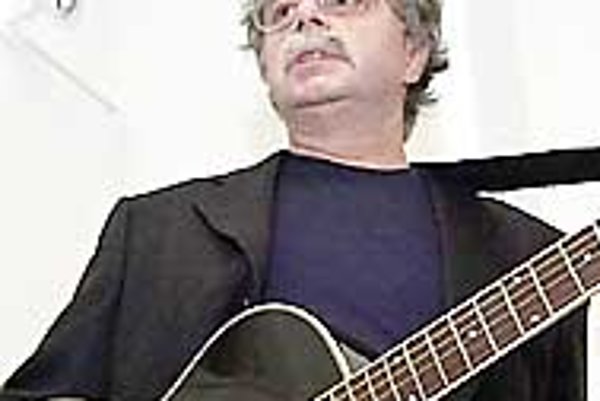 His thin wail draws the attention of organisers, who lift him to the stage. Fico hands the boy his microphone, the boy gives his name to the crowd, and promptly starts crying again.

As the boy's mother rushes to collect him, Fico, microphone again in hand, says to applause: "You see - politicians can do good deeds."

But serendipity and slick presentation were more in evidence than good deeds at Smer's rally in this west Slovakia town on September 7, which drew around 1,000 people to hear Fico, the nation's most popular politician.

Fico arrives on stage - a platform extended from truck bed - to find his audience already in a buoyant mood. As has been typical of the 26 parties running for September 20-21 elections, prior to the rally proper the crowd had been entertained by local musicians, fed free sausages with mustard and had their thirst quenched with free beer and soft drinks.

On this day, number 72 in the non-parliamentary Smer's 80-day tour around Slovakia, Fico seems exhausted on his arrival at the Trnava main square. But as his fingers curl around the microphone, the fatigue fades from his face.

The crowd grows quiet as Fico launches into his election mantra - restoring "order, justice and stability" in Slovakia.

"We haven't come here to attack our competitors, but we certainly won't be giving you promises of doubled wages or dreams of another Switzerland," says Fico, reminding his potential voters of the unfulfilled 1998 pre-election promises of current PM Mikuláš Dzurinda and former PM Vladimír Mečiar.

After a brief introduction of the party, individual members troop onstage and line up in two rows behind Fico, who has made no secret of his ambition to be the nation's next prime minister.

Many in the crowd say they would like to see him get the chance to realise this ambition.

"None of our politicians so far have done much for the country. I'm not sure how successful Fico will be, but I believe a new generation of politicians is what we need in Slovakia," says Jana Bodnárová, 20.

"We need someone like him," agrees unemployed, middle-aged Miroslav Faltýnek from Trnava, sipping from his third beer.

"Under communism I had work. I lost my job under Mečiar, and Dzurinda raised my electricity and rent bills. I will vote for Fico, and may God help him put everything in order."

While Smer's rally team busies itself with distributing party balloons, leaflets and Fico posters, the crowd hears Fico lay out another cornerstone of his campaign - blaming the current government for committing "economic treason by privatising strategic firms such as the Slovak gas utility SPP for below their real value".

Warming to his work, Fico adds that when in cabinet he wants "to clean up the huge mess" in Slovakia, where "thieves are better off than hard-working people".

He promises his listeners that Smer will never work with Dzurinda or Deputy PM for Economy Ivan Mikloš, both from the PM's Slovak Democratic and Christian Union (SDKÚ) party.

"We'd look like idiots if we shook hands with them in government after three years of criticising their policies," Fico says to huge applause.

Taking questions from the crowd, Fico promises to create a special fund to "partially compensate" people who lost their savings in BMG and Horizont, two non-licensed deposit funds which went bankrupt in spring 2002 resulting in over Sk16 billion in losses.

That fund, Fico says, is to be created from property confiscated from people who cannot demonstrate they obtained it legally - another bill supported by Smer.

After an hour of talk, Fico and his party members leave the floor for a final round of live music.

Some rally visitors are skeptical of Fico's promises, shaking their heads as he promises to restore order, get tough on corruption and bring "a new generation of politicians" to the country.

"It's all just empty phrases to get himself into power," says Jozef Fedorov before stalking off the square.

Most, however, seem enthused by Fico's performance, and rush to collect signatures from Smer representatives as they leave the rally. The beer line remains as busy as ever.

Day 72 in Smer's countrywide tour comes to an end.