THE ENGLISH football community has railed against the racism the England team experienced at a recent European championships 2004 qualifier match in Bratislava.
Following his team's 2:1 victory, England captain David Beckham told the press he was shocked to hear Slovak fans making monkey sounds every time England's black players, Emile Heskey and Ashley Cole, had the ball.
"I think it was the worst abuse I've had directed towards me personally," Heskey said. 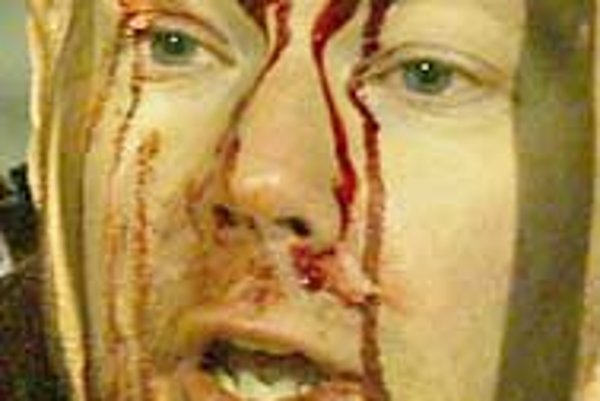 Font size:A-|A+  Comments disabled
THE ENGLISH football community has railed against the racism the England team experienced at a recent European championships 2004 qualifier match in Bratislava.

"I think it was the worst abuse I've had directed towards me personally," Heskey said.

"To hear it in this day and age is shocking, and you would have thought that people might have moved on from that sort of thing by now," he said.

That sentiment was repeated many times in the days following the October 12 match.

"Things like that should not be possible in 2002. It was awful and it should not happen," said England's coach, Sven-Goran Eriksson.

The Slovak Football Association (SFZ) rushed to apologise for the racist chants of some Slovak fans. SFZ's general secretary Dušan Tittel even flew to London two days after the match to express his regret face to face.

Karolína Ducká, spokeswoman with SFZ, said that the association also sent a formal letter of apology to the English Football Association, as well as individual letters to both players who were abused at the stadium.

"The SFZ distances itself from this small group of people, whose opinions are not representative of the Slovak public nor the regular local football fans. We are very sorry for what has happened," Ducká said.

Slovak fans who were at the match and who spoke to The Slovak Spectator also condemned the racist taunts at the stadium.

"Some morons started it and several blockheads joined in, but it was loud enough to be heard all around the stadium," said Marek Bohmer, 28, from Bratislava, who was among the estimated 23,000 Slovak fans at the game.

Pavol Hrusovsky, speaker of the Slovak parliament, has added his weight to the national apology.

"[The racist behaviour] was incomprehenslible to me. That part of audience apparently did not realise what impact their actions would have on all of the society," Hrušovský said.

Despite Slovakia's contrite response to the events at the match, the English Football Association has filed a complaint with European football's governing body UEFA seeking punishment for the racist abuse. UEFA is expected to make a decision on the matter at the end of November.

The English Football Association has also lodged a formal complaint with UEFA over what it thought was heavy-handed policing at the game, after a group of English fans started to tear up seating and attempted to dismantle a wall dividing the Slovak and English parts of the stadium.

But Pavel Zajac, head of the Slovak Police Force dismissed those accusations, declaring that he believed the police "did a good job."

The strong police presence in the stadium was prompted by events the previous night, when two Englishmen were shot in a local bar called Kelt.

Gareth Jones, 30, was shot in the throat and Phillip Holland, 31, was shot in the thigh. Both men were treated in Bratislava's Ružinov hospital. Holland left after minor treatment, while Jones underwent an operation on October 12 and stayed in hospital for several days afterwards.

Ľubor Lehotský, the doctor who operated on Jones, told The Slovak Spectator that Jones had had a bullet lodged in his throat but it was successfully removed during the operation.

The police are investigating the incident and have charged a man with attempted grievous bodily harm.

According to witnesses, the manager of Kelt was unable to clear his bar at closing time, midnight on the night of October 11. When around 60 drunk customers, including several English fans, refused to leave, he called a private security firm, Vesuv K.T. Security.

The security men then reportedly started to shoot and one bullet ended up in Jones's neck. But Ľubomír Kuš, head of Vesuv K.T. Security, said his men would "never shoot into a crowd", as they were trained to handle such incidents professionally.

He had later admitted it was possible that one or both of the victims had been hit by a "stray or ricocheted bullet".

As The Slovak Spectator went to print, it was unclear whether or not there had been other shooters in the bar.

"Tests will show whether it was the security firm employees who fired the shots or whether there had been other gunmen," said Marta Bujňáková, Bratislava police spokeswoman, adding that the police found 16 shells at the crime scene.

While no major violence was reported following the match, on Sunday October 13 police arrested three English fans, who were charged with attacking a public official. They will be prosecuted in England.

They were part of a group of hooligans who smashed chairs and glasses at the central Le Monde restaurant. Some of them attacked an officer who arrived at the scene to pacify the crowd, Bujňáková said.