Close of competition chapter held up before EU summit

AT TALKS in Brussels October 24, Spain signalled it would not agree to close Slovakia's European Union legislative chapter on competition, expressing concern over state aid for carmaker Volkswagen.
Once passed, the legislative changes will force Slovakia to update its laws regarding tax benefits and other state subsidies used to attract foreign investment. Previously, the country had offered tax holidays as long as 10 years, a practice not allowed by EU rules. 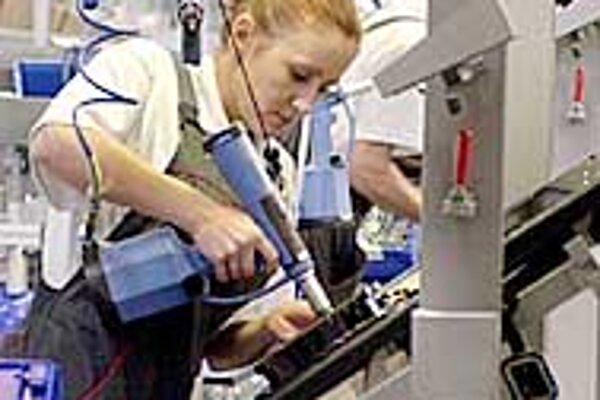 Once passed, the legislative changes will force Slovakia to update its laws regarding tax benefits and other state subsidies used to attract foreign investment. Previously, the country had offered tax holidays as long as 10 years, a practice not allowed by EU rules.

"This is the last controversial point," said Slovakia's chief EU negotiator Ján Figeľ, a few days before the recent EU enlargement summit in Brussels was to start.

Although in late September Slovakia had been the first Visegrad Four country to present the European Commission with a completed competition chapter, objections from Spain have held up the EU's decision.

"For the time being, Spain has expressed reservations about state aid provided in car production, as it fears these advantages could result in significant car production being moved from Spain to Slovakia," said Figeľ.

At issue are recent moves by Volkswagen to transfer significant production of the Seat Ibiza and the VW Polo from Spanish plants to the company's Bratislava factory.

"It is obstruction on the part of Spain," said Slovakia's Finance Minister Ivan Mikloš about the Spanish objections.

"Countries of central Europe, and especially Slovakia, can offer very lucrative conditions for such moves," he said.

Volkswagen Slovakia denies that moving production of 20,000 vehicles per year to Slovakia will harm employment in Spain.

"This is about finding a flexible solution to our need to increase Ibiza production, which cannot be increased without overtime or other measures.

"For this, we will use the plant in Bratislava on the same platform as the Polo. At the same time, we can expect production of the Polo to decrease in [the Bratislava] plant, possibly in favour of the Spanish plant at Pamplona," said Uhrík.

At the heart of the matter is a series of investment incentives offering foreign investors significant tax breaks. Two of Slovakia's largest industrial operations, American steel giant US Steel and Volkswagen, were promised 10-year tax holidays in negotiations with the government in the mid and late 1990s respectively.

"These agreements on [investment] incentives were signed even before the negotiations with the EU started and before the rules of the EU became valid," said Mikloš. Slovakia had already come to terms with both companies effectively ending tax benefits, said government officials.

Slovakia initiated changes in its incentive program in the summer, converting what had been tax relief packages into state aid, administered by the State Aid Office. While this resolved the matter for most companies, some controversy still remained in the strategic automotive and steel sectors.

According to the EU, strategic companies are ineligible for state aid, which provoked the ire of US Steel and VW, who said they still had valid investment deals with the Slovak government and that western countries had heavily subsidised their own industries in the past.

"Countries of the European Union used state funds for modernisation and restructuring of their companies years ago," said John Goodish, head of US Steel's Slovak operation in the eastern city of Košice.

"Their steel companies are now, of course, ready to give up state aid. However, producers in central and eastern Europe have not had such an opportunity, and now they want to compete with European rivals on a level playing field," said Goodish.

Negotiations between the Slovak government and US Steel on the subject of state aid lasted from mid summer until late September, when both sides hinted that they were nearing an agreement. While details have not yet been released, the arrangement has not been called into question by the EU.

"In the case of US Steel, very intense discussions were held and the European Commission agreed with Slovak representatives on a certain model, which is also acceptable to US Steel," said Danica Paroulková, head of Slovakia's Antimonopoly Office in late September.

"Now the member states should present their views," she said ahead of EU meetings on the matter.

While many had expected US Steel to be the source of the most problems, in light of the European and US trade spat over US steel import tariffs last spring, the incentives issue proved more controversial at Volkswagen. The carmaker's decision to increase operations in Slovakia highlighted how western countries increasingly fear the migration of jobs eastward to cheaper EU candidate countries.

For investors, the closing of the competition chapter will signal a new era of stability in the Slovak business environment, where the country's legislative norms are in harmony with the EU's, said Ján Tóth, senior analyst from ING Bank.

"Closing this chapter will make the state's relationship with these companies clearer. It lowers uncertainty," he said.