THE US-BASED Dell computer company has become the latest high-tech firm to open a telephone service centre in Slovakia, joining a number of technology firms and other companies seeking to cut costs while maintaining high service profiles.
Dell is set to have 120 operators working in the centre by December serving primarily the German market, where the company plans to expand its market share to 11 per cent. 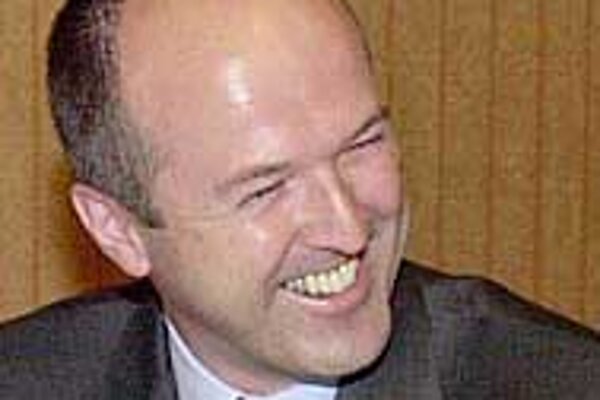 Dell is set to have 120 operators working in the centre by December serving primarily the German market, where the company plans to expand its market share to 11 per cent.

According to company officials, Dell chose Slovakia for the high technical and language skills of workers in the country, combined with wage costs that are a fraction of those in current European Union member states.

"We did an intensive analysis in this sector of the telecom business, and Slovakia emerged as very close to the German market and its customers," said Dell Slovakia general director Bernard Heuer.

"This goes along well with our goal of expanding our operations in Austria and Germany but also in other territories. We believe that we have found the right people in Slovakia, who are ambitious and motivated to increase their technical knowledge and language skills," Heuer continued.

Dell worked closely with the Slovak investment agency Sario in setting up the deal, which Sario head Artur Bobovnický described as the largest investment in information technology Slovakia has seen since 1997.

"It is the most significant investment that Sario has helped realise in the recent period. In the last five years, I don't know of any technology investment of this type in Slovakia," said Bobovnický.

"It is about [providing] technical support for Dell customers in German-speaking countries. That means that all customers with Dell computers who have a problem or want to buy a new computer will call a specific telephone number, which will ring in Bratislava.

"Slovakia has had the image of a manufacturing segment of Europe, but here comes an investment that is built on the knowledge of our people," said Bobovnický.

While Dell's investment may be the largest of its kind in Slovakia's recent history, investment insiders say it points to rapid development in the country's service sector, especially since a growing number of firms are willing to locate European or global call centres geographically removed from their territorial markets.

With continuing sluggishness in the world economy and decreasing technology budgets in multinational firms, corporations are increasingly looking to concentrate service personnel in countries with lower wage costs.

Other technology firms, including IBM and OM Semiconductors, as well as air carriers SkyEurope and British Airways, have chosen Slovakia as a base for telephone customer service centres.

"In Slovakia we have seen in the last little while a striking growth in the number of call centres," said Miroslav Poliak, senior human resources advisor with the Amrop Jenewein Group.

"By creating a call centre, firms not only improve their relationship with their most important target groups, but also lower their costs, which can be to the benefit of customers.

"Current practice has shown that thanks to lower operating expenses and highly qualified human resources, Slovakia has become a centre for many international companies providing this type of service, even for markets in foreign countries," said Poliak.

In addition, said Poliak, call centres offer employment opportunities for young people, which leads to the rapid development of technical and communication skills, as well as putting employees in contact with global information players.

"Traditional methods are coming under the influence of developing information technology, including Internet expansion, and we are moving away from classical forms [of customer relations] towards a new level," said Poliak.

"In an international company, a first work experience like this can be a significant step to a further career because such firms provide quite a lot of different training programs in communication and presentation skills. If the company is sales oriented, there is training in the area of sales and marketing," he added.

Bobovnický hailed Dell's move as beneficial both for the company and for Slovakia as a way of drawing technology investment as well as providing skilled-work positions for Slovak university graduates, preventing the exodus of technology workers to foreign countries.

"With [the example of Dell], we can build a knowledge-based economy in Slovakia. It is the first major investment of this type and I hope it will attract more of this kind of investor to Slovakia," said Bobovnický.

"Everyone who works at the centre has to have solid knowledge of German and English. It is important that these [skilled] people stay in Slovakia," he added.