Gyurovszky: Catching up with EU members will take time

The role of minister for regional development and construction is László Gyurovszky's first top political post. With a degree in electrical engineering, the 42-year-old SMK vice-chairman built up extensive experience working on regional development issues in the Slovak parliament. In his new position, the minister says he will do everything within his powers to even out the country's enormous regional differences and find solutions to construction-related problems.
Slovakia's eight regions differ enormously in size and level of economic development, and the differences between them have gradually increased over the past few years. 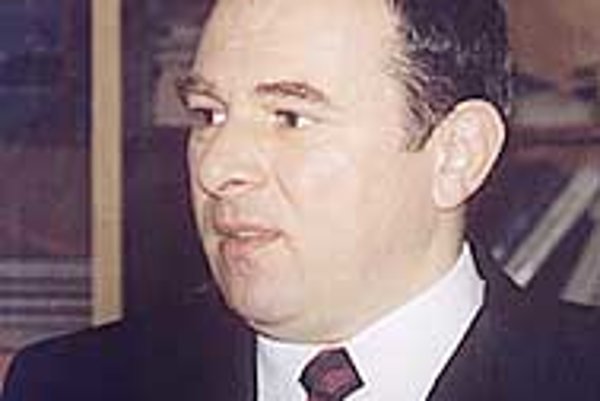 Font size:A-|A+  Comments disabled
The role of minister for regional development and construction is László Gyurovszky's first top political post. With a degree in electrical engineering, the 42-year-old SMK vice-chairman built up extensive experience working on regional development issues in the Slovak parliament. In his new position, the minister says he will do everything within his powers to even out the country's enormous regional differences and find solutions to construction-related problems.

Slovakia's eight regions differ enormously in size and level of economic development, and the differences between them have gradually increased over the past few years.

The Bratislava region, enjoys GDP per capita equal to the EU average, while GDP per capita in the remaining seven administrative regions is at slightly more than 40 per cent of the EU average. Similarly, the Bratislava region has been attracting the majority of investments flowing into Slovakia, while the rest of the country has received only a fraction.

EU-entry-related issues are likely to be the main focus of the ministry in the short term, Gyurovszky says, because they will address Slovakia's biggest needs. For example, since the process of European integration started, Slovakia has been entitled to pre-accession financial help from the EU. However, for various reasons the country has managed to make use of only a small portion of the available funds.

Getting more of the available money is to be a top priority of the ministry, Gyurovszky says, adding that he is working to remove the bugs and straighten out the bureaucracy that have hindered efforts to secure funds in the past.

However, progress in all these areas is likely to be slow, and it might be decades before Slovakia reaches the level of economic prosperity enjoyed by its western neighbors, the new minister said in an interview with The Slovak Spectator on October 22, 2002.

The Slovak Spectator (TSS): What were the biggest successes of your ministry during the previous Dzurinda administration (1998-2002)?

László Gyurovszky (LG): This ministry had three major successes during the last administration. First, it started a programme to build rental flats, which contributed greatly to a revival in the construction of flats. At this time it is possible to say that more flats are being constructed now than before the government programme started.

TSS: Which issues that fall under your ministry's jurisdiction require the most attention going forward?

LG: Regional development, housing, and structural [post-entry EU] funds combined with European Union entry. In this last area, we will have to work towards the point where Slovakia will be ready to receive money from structural funds and the [EU] cohesive fund, and to complete the Phare [pre-accession fund] projects overseen by this ministry.

TSS: Does the ministry have sufficient human and financial resources to meet the application requirements for pre-accession aid?

LG: We are in the process of solving this issue. Currently, we are hiring people to work in this area who have the relevant knowledge. Approving the law on public and civil service delayed our efforts in this area. As for financial resources, they will depend on the state budget of course.

TSS: What do lagging Slovak regions need most?

LG: They mostly need aid, which will help them overcome internal structural problems so that in the future they will be able to develop autonomously and reach the levels of development seen in the more developed regions.

With this in mind, we will not try to directly support consumption. Rather, we will support [the raising of standards across the board] - from education to transportation and infrastructure.

TSS: Within that broad outline, do you have any specific goals for regional development?

LG: We have to ensure effective coordination [between ministries and other government offices]. The European Commission pointed out that this coordination has been missing, and we will therefore pay more attention to it.

We have to increase the administrative capacities of all our managing and financing bodies and the intermediary offices to such an extent that we will be able to receive European Union help without problems. We want to create a framework that will guarantee transparency, efficiency and the reliability of programmes implementation.

In addition, we have to significantly improve our technical capabilities so that we can be ready to qualify for structural fund aid and cohesive fund aid. We have to secure reliable and accurate monitoring systems and increase our level of expertise in the fields of management and finance.

TSS: Currently, one of the main sources of funds for regional development in Slovakia is foreign investment, attracted mostly by the low wages of the country's workforce. If wages rise, how will Slovakia attract investors in the future?

LG: Investors will be attracted by our political and economic stability, our transparent legal environment, our low social security payments and taxes and by the country's general openness.

TSS: In your opinion, when will Slovakia catch up with EU members in the area of regional development?

LG: That will most likely take several government terms. It will be a long process, but we will try to speed it up by readying ourselves to receive money from structural funds.

TSS: Companies and experts have often complained that the construction industry does not get enough financial support from the government. More money would not only solve the chronic housing shortage, but it would also help the development of the economy as a whole. Will you try to get more money for the construction sector from the state budget?

LG: I will try to get more financial resources for the construction industry, but [it is equally important to] make sure that the money we get from the state budget is used as effectively as possible.

We plan to continue constructing new rental flats and we will continue to support private investment in flats. We also want to significantly increase the accessibility of mortgage loans by allowing movable assets [such as cash] to be used as collateral.