SLOVAK gays and lesbians are demanding the speedy passage of an anti-discrimination bill that would provide them with legal safeguards against discrimination in the workplace.
Members of Slovakia's homosexual community say they are victims of discrimination in all walks of life and many claim to have been victims of at least one violent attack because of their sexual orientation, according to a recent survey. The same report showed that 76 per cent of Slovak gays and lesbians would leave Slovakia if they had the opportunity. 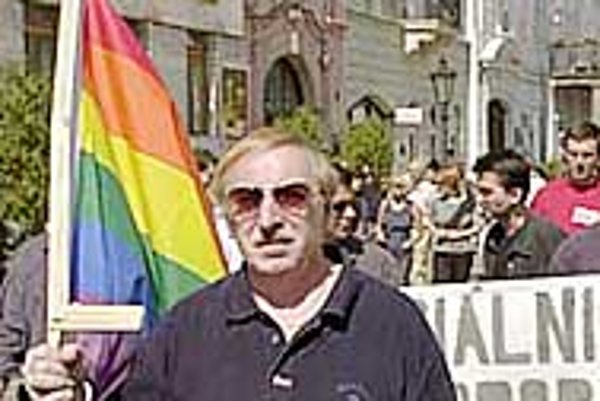 Font size:A-|A+  Comments disabled
SLOVAK gays and lesbians are demanding the speedy passage of an anti-discrimination bill that would provide them with legal safeguards against discrimination in the workplace.

Members of Slovakia's homosexual community say they are victims of discrimination in all walks of life and many claim to have been victims of at least one violent attack because of their sexual orientation, according to a recent survey. The same report showed that 76 per cent of Slovak gays and lesbians would leave Slovakia if they had the opportunity.

European institutions have recommended that candidate countries, including Slovakia, pass anti-discrimination law to ensure equal access to jobs and equal treatment in the workplace for women, ethnic minorities and homosexuals.

Deputy Prime Minister Pál Csáky has listed the measure as one of his top priorities, but resistance is expected from the conservative Christian Democratic Movement (KDH), which blocked a parliamentary vote on a similar law in June this year.

The KDH argues that no EU norm requires the passage of an anti-discrimination law. Slovakia is only obliged to make sure that its laws do not discriminate against any particular group of people, the party said.

"We must look into the small print of Slovak law and I personally am convinced that we will not find discrimination of any group of people [enshrined)] in it," said Pavol Hrušovský, speaker of parliament and KDH chairman.

Nevertheless, gay-rights campaigners say politicians have an obligation to pass the bill.

"It's not possible to push this measure into the background again. That would amount to ignoring not only homosexuals but all other minorities as well," said Anna Daučíková from Ganymedes, a local gay-rights group.

"This law represents the minimum of what we require, and it by no means ensures all the rights of homosexuals. Our aim is to put gays and lesbians on an equal footing with the rest of society, in all walks of life," said Daučíková.

A survey conducted recently by civic institution Inakosť (Otherness), which advocates equal rights for homosexuals, shows that the gay community in Slovakia encounters discrimination on many levels.

Peter Králik, 27, a gay man from Trencín, is one of few Slovak homosexuals to be out and proud.

"It takes courage [to come out in Slovakia]. There is so much deep-rooted prejudice against homosexuals here. I have had my fair share of strange looks and stupid comments from people, but I just say to them, 'This is who I am and you will have to get used to it,'" Králik said.

By being open about his sexuality, Kralik took a step many other Slovak gays and lesbians have not dared to take for fear of discrimination - or even rejection from their closest family members.

The Inakosť survey showed that nearly half of the respondents kept their sexual orientation secret from their parents. Of the 251 people who took part in the survey, 65 per cent were men and 35 per cent were women.

Holding hands or kissing their partners in public was taboo for 85 per cent of the respondents, while 15 per cent said they had been the victims of at least one violent attack on the grounds of their sexual orientation.

Marianna Šípošová, spokesperson for Inakosť, said one lesbian woman in her 20s claimed that her father had organised for her to be raped by a neighbor.

"According to his theory she was lesbian because she'd never done it with a real man," Šípošová said.

According to Králik, such myths are "deeply rooted in Slovakia, mainly among the older generation".

"There is very little publicity here about homosexuals; people do not know who we are and many simply believe that we are not normal," he said.

A recent survey by the Bratislava-based Institute for Public Affairs (IVO) think tank showed that about 20 per cent of Slovaks considered homosexuals to be perverted and immoral, and thought their rights were sufficiently covered by existing legislation.

Some of the country's top politicians have reinforced that opinion in the past. The KDH, particularly, has been blamed for intolerance after a series of statements that offended gay-rights groups, from claims that homosexuality is medically treatable to calls for homosexuals to be banned from teaching jobs because they allegedly have a bad influence on young people.

The homosexual community says gradual steps towards equality must now be taken. While considering the anti-discrimination law the first step, later moves would include the passage of a law on registered homosexual partnerships. Such a law was recently rejected by the previous Slovak parliament.

The law that was thrown out proposed that homosexuals in stable partnerships be given the same rights as married heterosexuals - including the rights to use a common surname, obtain medical information about partners and become rightful heirs when a partner dies.

The KDH has already voiced its opposition to the anti-discrimination measure currently under consideration, claiming, in the words of spokeswoman Andrea Krajniaková, that Slovak laws "cover all [rights] that homosexuals require except being able to hold quasimarriages".

However, many Slovak decision makers believe that it would be in the interests of the country to pass the anti-discrimination measure ahead of joining the European Union in 2004, as recommended by the EC. That opinion is shared by nearly 50 per cent of Slovaks, according to the IVO survey.

The EC delegation in Bratislava told The Slovak Spectator that Slovakia "must transpose" a directive that establishes a framework for equal treatment in the workplace in line with EC law, which prohibits discrimination on the grounds of racial and ethnic origin, religion and belief, disability, age and sexual orientation.

Csáky said he was planning to send a copy of the proposed bill around the country's ministries for initial feedback within the next three weeks, and hoped to have it debated and voted upon by parliament in March or April next year.