ONLY 11 weeks after parliamentary elections, Slovak voters will again go to the polls, this time to choose who will represent them on a local level.
On December 6 and 7 citizens will elect mayors and local council members in Slovakia's 136 cities and more than 2,700 villages.
In the last year the government has given municipalities more powers in hopes that it would make local administration more efficient. This has resulted in an increased interest in gaining local political power among politicians, who are beginning to campaign hard for votes. 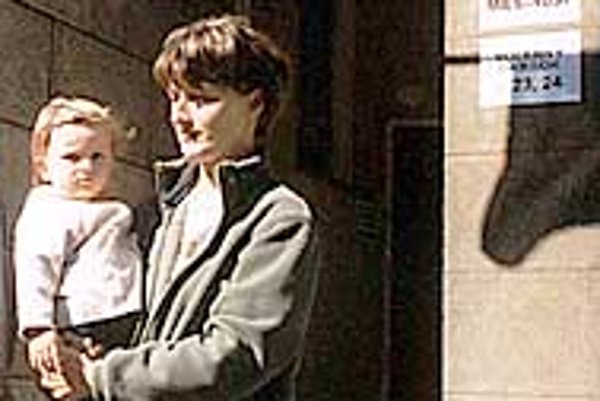 Font size:A-|A+  Comments disabled
ONLY 11 weeks after parliamentary elections, Slovak voters will again go to the polls, this time to choose who will represent them on a local level.

On December 6 and 7 citizens will elect mayors and local council members in Slovakia's 136 cities and more than 2,700 villages.

In the last year the government has given municipalities more powers in hopes that it would make local administration more efficient. This has resulted in an increased interest in gaining local political power among politicians, who are beginning to campaign hard for votes.

Although local elections rarely command the kind of media attention - or turnout - seen in national parliamentary votes, they are nonetheless considered an important element of public administration in Slovakia.

"The system of municipal government has a special tradition in Slovakia because it has basically existed since the 13th century, on both a local and regional level," said Marián Minarovič, secretary general of the Union of Slovak Cities.

Separate elections for regional and local municipal governments are held every four years. The last regional elections took place a year ago.

The long tradition of powerful local governments was effectively stamped out by decades of centralised communist governance. Now it is returning slowly, with the gradual transfer of certain powers from the state administration to local municipalities.

"Today, the local council member is no longer in a situation where inhabitants of his town or village can make him responsible for something he had no control over," said Minarovič.

Because of the expected increase in municipal clout, for example in the areas of education and health care, local politics is becoming more interesting for voters as well.

"In general there is a fair amount of interest in municipal governments now. In larger cities it is lower and in smaller municipalities higher," said Mesežnikov.

Voter preferences in municipal elections are often determined by people's perceptions of the parties represented, rather than of the specific people running in the elections.

"Which party a candidate is representing definitely plays a large role in the bigger cities. There, the political sympathies of people are often more important than the actual ability of the candidates to deal with local issues," said Mesežnikov.

At the local level, parties are free to form coalitions, which may not reflect those existing at the central level or in other regions. So parliamentary allies may be local rivals. In Bratislava the Christian Democrats (KDH) and the New Citizen's Alliance (Ano) share a candidate for city mayor, Andrej Ďurkovský, while the remaining two members of the ruling parliamentary coalition support Juraj Stern.

While those allegiances are not too surprising, given the alliances of the parties involved at a national government level, local party officials often form coalitions unimaginable at state level. According to analysts, this phenomenon reflects the parties' pragmatic evaluation of their own possibilities.

"If a party is weak in a certain place but wants to have representatives [in the power structure], it tries to find [a partner] among those on offer. But that's not the only reason. On the regional level, parties may approach specific problems in a similar way, even though they have no natural affinity," explained Mesežnikov.

Although it is clear that more money will soon be reaching the hands of municipal governments, exactly how much is unclear. Until now, municipalities have received a small proportion of their money from local license fees and real estate tax, while their main source of financing has been the state budget, making them directly dependent on central politics.

The transfer of competencies that was begun last year will be accompanied by a process of fiscal reform and decentralisation, so the current system of financing is set to change.

"It is our goal that in the future municipalities will have a specific income from taxes set by law," said Minarovič.

However, experts point out that as yet there are not sufficient control mechanisms in place, and there is a danger that increased public resources will be misused.

"We have been warning for a long time that control mechanisms have not been set up correctly. The possibility of establishing external controls at the decentralised level is very limited," said Dáša Zemanovičová, program director of the watchdog organisation Transparency International Slovakia.

The lack of a reliable control system opens the door to another damaging phenomenon - corruption.

"Municipal governments are definitely not free from corruption," said Mesežnikov.

"We have received a great many reports that show there are many cases of corruption at the decentralised level of government. This is mostly due to the fact that there are insufficient supervision mechanisms and there is not enough monitoring carried out by non-governmental organisations," said Zemano-vičová.

According to Zemanovičová, corruption cases in local government are related to the various competencies of the municipalities, such as the sale of municipality-owned real estate, the allocation of flats and public procurement.

The prognosis for the ethics of the new municipal governments is not too good, Zemanovičová said, as a clean sweep can only be brought about by the introduction of new processes. She predicted that new faces alone would not make much of a difference.

"I believe more in system reforms," she said.