SLOVAKIA'S Customs Office has reversed a decision to decentralise its operations, after the system changes caused chaos for movers and their clients.
The regulation changes implemented at the beginning of October were intended to improve the Customs Office's flexibility. Instead they created a chaotic and unmanageable system for people trying to import personal items to Bratislava, say shipping companies.
"[October] was catastrophic. Our foreign clients were shouting and were absolutely not satisfied," said Magda Hodossyová, general manager of the Corstjens international moving company. 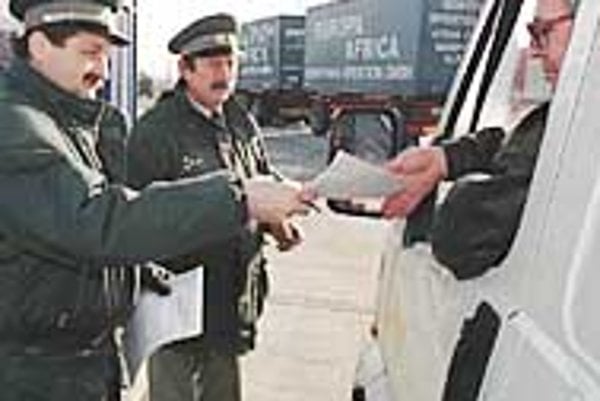 Font size:A-|A+  Comments disabled
SLOVAKIA'S Customs Office has reversed a decision to decentralise its operations, after the system changes caused chaos for movers and their clients.

The regulation changes implemented at the beginning of October were intended to improve the Customs Office's flexibility. Instead they created a chaotic and unmanageable system for people trying to import personal items to Bratislava, say shipping companies.

"[October] was catastrophic. Our foreign clients were shouting and were absolutely not satisfied," said Magda Hodossyová, general manager of the Corstjens international moving company.

Hodossyová said the problems stemmed from the fact that the authority of what used to be a central customs office for personal items was suddenly spread among a number of offices, all of which interpreted customs law differently.

"[Our company] knows what is required when we go to the different customs offices. It is not the same everywhere. Even though there is just one law, its interpretation is different at each place," said Hodossyová.

"In one situation, a customs officer assessed a case in such a way that our client had to pay a 50 per cent deposit on the value of his personal items. His colleague, who provided the same documents but to a different officer, did not have to.

"This is hard to explain to a foreign client," Hodossyová added.

The system ran much more smoothly when the shipping of personal items to the Bratislava district was dealt with by one central customs office, Hodossyová said.

"When you go to the customs office, you are assigned an individual customs officer to assess your case. The results of this process depend on how the officer assesses it.

"When this was done at one place, you knew in advance how your case would be dealt with, and you knew what to expect," said Hodossyová.

The changes implemented in October led to such chaos, and consequently such an uproar from shippers, that the measures were scrapped at the beginning of November, and incoming travellers can again enjoy the predictability of a single office.

However, a return to the usual is a gloomy prospect for movers and shippers operating in the country, who say customs clearance in Slovakia is cumbersome and mired in red tape.

One problem, shippers say, is that individuals bringing personal items into Slovakia are not allowed to have shipments checked at whichever border crossing is used, but instead have to take the shipments to the customs office in the region where their permanent address is registered.

"When we are shipping someone's personal items, it seems a little [stupid] to [clear customs] according to a regional system and not at the first customs office we get to," said Július Čimčala, general manager of Interdean Interconex moving company.

"For example, if somebody is coming from Hungary to Bratislava, where he lives, but has a permanent address in [east Slovak city] Košice, we have to go to Košice to have his things cleared and then bring the whole truck back to Bratislava," he said.

"These procedures take a lot of time, are very expensive and are completely senseless," said Čimčala.

In addition, say shippers, individuals have to complete piles of documentation in order to fulfil all the Slovak customs requirements.

"A single person could face problems if he didn't know all the nuances of the various documents needed for the transportation [of personal items]," said sales manager for the Slovak branch of FedEx Nikita Čebotarev.

"In other countries, customs officers require the same thing -[a list of all items]. However, they do not want so many details. In [Slovakia], with every document they want four others - that is the difference," said Čimčala.

"If you want to ship in just a regular coffee machine you need its serial number, but people who are moving [their property] don't have time to put together a list of all the items and include all the documents," said Zuzana Murphy from international moving company Allied Pickfords.

However, Slovak customs officials say that they are unaware that their regulations have been causing difficulties for individuals and shipping companies.

"Customs bodies lack knowledge about the fact that legal regulations in the [customs law] are too complicated and that the implementation at different customs offices has been differing," said the office in a written response to questions from The Slovak Spectator.

"Customs headquarters would like to point out that the mentioned legislation is fully compatible with EU regulations and so far, it has not been considered for [further] changes," the statement continued.

Nevertheless, shippers say that customs regulations in Slovakia present burdens they do not experience in other countries.

"Some formalities, which are completely useless, are still not being removed. They are not in the legislative systems of any other countries and really are a rarity found only in Slovakia," said Čimčala.