SLOVAKIA'S Transport, Post and Telecom Ministry has presented a programme for the next four years that is in line with the cabinet's austerity package and realistically takes into account the condition of the national economy, analysts say.
New minister Pavol Prokopovič said that in spite of a reduced state budget for the next year, the ministry would move ahead with highway construction plans but would also address recent losses from Slovakia's railway sector.
Restructuring should also come to the country's postal services, as steps to improve quality need to be taken before Slovak Post is privatised. 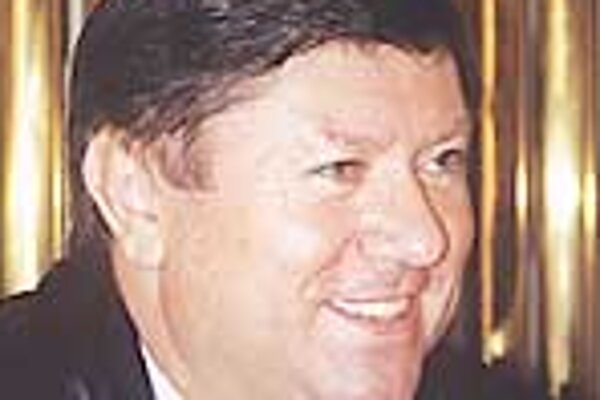 Font size:A-|A+  Comments disabled
SLOVAKIA'S Transport, Post and Telecom Ministry has presented a programme for the next four years that is in line with the cabinet's austerity package and realistically takes into account the condition of the national economy, analysts say.

New minister Pavol Prokopovič said that in spite of a reduced state budget for the next year, the ministry would move ahead with highway construction plans but would also address recent losses from Slovakia's railway sector.

Restructuring should also come to the country's postal services, as steps to improve quality need to be taken before Slovak Post is privatised.

While Slovakia has been steadily advancing construction activities on its highway network, critics say that the pace has not been fast enough to keep up with the needs of a developing economy.

For the next year, said Prokopovič, the state budget has allocated around Sk8.5 billion ($198 million) for the construction of highways.

"If we consider what is really needed, [this money] can, at first sight, appear not enough to maintain our desired level of highway construction," said Prokopovič.

However, he pointed out that the ministry is not planning to finance the construction only from the state budget.

"We have given orders to certain [ministry] sections, and we would like to prepare projects for financing the highway network from sources outside the state budget as soon as possible.

"This is how many other developed countries finance this type of activity - by using private capital, non-public sources and so on," said Prokopovič.

The minister also added that the Branisko tunnel between the eastern Slovak cities of Prešov and Poprad, set to be the country's longest, should be completed by summer 2003.

"Building highways is very important for the Slovak economy because the country has widely varied terrain," said Istrobanka analyst Marek Senkovič, explaining that a functional highway system is crucial for smoothing out economic differences between the Bratislava region and the rest of the country.

"If Slovakia wants foreign capital to flow to places outside Bratislava, it has to [build highways]," he said.

However, Senkovič also said that the country should not expect the network to be built overnight.

"The government's plans for the next year are rather cautious because the deficits that have accumulated over the last few years are simply too high for the government to be able to afford a fast pace of highway building," he said.

To address losses in Slovakia's national rail operator, Prokopovič said the ministry plans to restructure parts of the rail network while raising fares and reducing some discounts. However, he said, work will continue on upgrading the country's main east-west rail corridor.

Among the most significant measures for consumers will be average fare increases of 15 per cent, combined with a reduction in state-guaranteed discounts for students and pensioners from 50 per cent to 30 per cent.

However, said Prokopovič, these steps will not mean a significant improvement to the company's bottom line.

Other measures, said the minister, focus on restructuring inefficient parts of the railroad network. The ministry plans to cancel 32 train routes that Prokopovič has already selected as being "absolutely inefficient".

However, the minister says he is aware of the negative impact cancelling the routes could have, and plans to discuss the issue with regional governments, which will be given the chance to rent or buy some of the routes.

"The ministry knows that if some tracks are loss-making and not used, it doesn't make sense to maintain them," said Senkovič.

"However, if routes are cancelled, it could happen that in 10 years some of them might deteriorate and if they are needed again, renovation of them could cost billions of crowns," said Senkovič.

Before Slovakia undergoes the planned process of privatising the country's postal service, Prokopovič says a high priority for the ministry is improving service quality at Slovak Post.

"[Privatisation] is not one or even two years away, but I assume the whole process will be carried out in this government's [four-year] term. It is possible, and we will continue to move in this direction," said Prokopovič.

He also added that the ministry is not satisfied with the current quality of postal services in the country, and plans to face the problem as soon as possible.

"We want to sort this out in coming months," he said.

Analyst Senkovič agreed that the task of privatising Slovak Post is not under any time pressure.

"I don't think this is a problem that needs to be addressed in the coming weeks or months, because the financial effect of such step would not be extremely significant.

"Privatisation will bring only a few billion crowns, so it doesn't really matter when it happens," said Senkovič.

"In the area of water transportation, we will not be performing any miracles in the near future," said Prokopovič, adding that his office saw no pressing need to address the sector.

In the area of air transportation, Prokopovič said the main task of his ministry would be to restructure the inefficient state-owned airline, Slovenské Aerolínie, for which the ministry has already prepared three alternative strategies for further study.

"We have not made a decision yet. I would like to meet the company management [so we can] clear some things up with each other. We will make a decision after that," said Prokopovič.