A SLIGHT rain is falling on the eastern Slovak village of Rudňany, nestled in the deep valleys of the Slovenské Rudohorie mountains, where a pair of Norwegian journalists are talking to Janík Horváth, a former police officer in his mid-50s.
"No we don't eat dogs," said Horváth, in response to what the journalists said they had heard about Rudňany, home to one of Slovakia's most notorious Roma populations. "Horses yes, but not dogs," he says, laughing.
Internationally, Rudňany has become synonymous with the most problematic social conditions endured by Slovakia's Roma minority, but as in other towns and villages where Roma live, local organisations are working to improve the lives of the country's worst off. 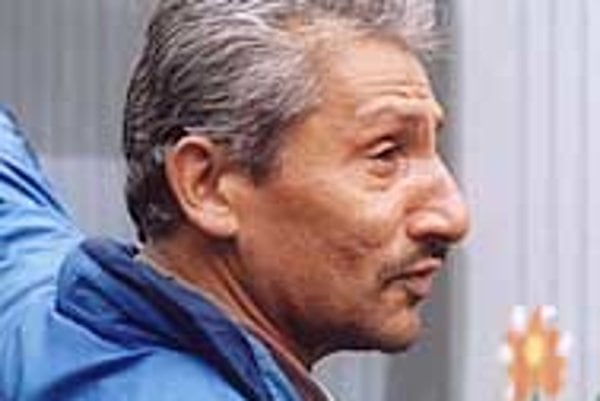 Font size:A-|A+  Comments disabled
A SLIGHT rain is falling on the eastern Slovak village of Rudňany, nestled in the deep valleys of the Slovenské Rudohorie mountains, where a pair of Norwegian journalists are talking to Janík Horváth, a former police officer in his mid-50s.

"No we don't eat dogs," said Horváth, in response to what the journalists said they had heard about Rudňany, home to one of Slovakia's most notorious Roma populations. "Horses yes, but not dogs," he says, laughing.

Internationally, Rudňany has become synonymous with the most problematic social conditions endured by Slovakia's Roma minority, but as in other towns and villages where Roma live, local organisations are working to improve the lives of the country's worst off.

More than 1,000 Roma live in two isolated settlements in Rudňany, the worse of which, Zabijanec, was colonised in the 1950s by two extended families on the grounds of an abandoned mercury mine.

Zabijanec suffers from a complete lack of infrastructure, universal unemployment and disturbingly high rates of health problems and birth defects related to excessive mercury exposure, as well as inbreeding among the descendants of the original settlers.

"It's one of those places that's so far off the map in terms of acceptable human living conditions that throwing a tarp down would probably be an improvement," said Claude Cahn, from the Budapest-based European Roma Rights Centre.

In the last few years, Zabijanec has been the site of frequent government and international fact-finding missions, the subject of photo essays, and the pat example used by extremists who see no hope for Roma in mainstream society.

However, a kilometre up the road is the Pätorácka settlement, similarly poor but housing a number of people determined to improve their lot.

Between the two lies a square, squat building one might confuse for a construction trailer if not for an exterior brightly painted with floral motifs. This is the Rudňany community centre, an ambitious project funded by the Dutch government and opened in the spring of 2000.

"If this centre was not here, I don't know what people would do," said Kveta Berkyová, a matronly woman in her mid 40s who has headed the centre from its beginning.

Above the hubbub of activity, Berkyová explains that the centre is used by people of all ages for activities including dance, music, cooking, arts and crafts, as well as educational programs for children.

Next door is a small three-room house built by residents as a construction training exercise and now housing a workshop attached to the community centre.

"I'm very happy that this centre exists," said Horváth, who lives next door and helped construct the house.

"The most important thing is that children can come here and learn and they have something positive. Teachers come and the children learn things with them."

What is happening here, says Peter Pollák from the district state office in Spišská Nová Ves, is one of a number of small-scale projects in east Slovakia that are helping Roma escape the long-term cycle of poverty and dependence, while fighting deeply held prejudices among the non-Roma majority.

"We are helping Roma learn to solve problems by themselves. We are also teaching Roma that nothing is free," said Pollák, explaining that Rudňany residents can use the centre's hot showers and washing machine, but only if they pay a nominal fee.

"What we are trying to do is completely new. There are no experts in this area," said Marcela Ondeková, until recently the communication coordinator for the government office on Roma communities.

"There are success stories among the Roma, but the Slovak population doesn't really hear about them."

According to the 2001 census, just under 90,000 Roma live in Slovakia, but population experts say the real figure is nearly 400,000, suggesting an alarming lack of information about the country's second-largest minority.

Activists say that Roma in Slovakia are routinely subject to institutional discrimination in employment, housing, schools and health care. Roma children, for example, are actively discouraged from attending regular schools and are instead often funnelled into 'special schools' for the mentally handicapped.

Compounding the problem, they say, is continued indifference and indecision on the part of the government towards addressing the most serious problems of the Roma minority.

In the Vilčurňa settlement outside Spišská Nová Ves, social worker Miroslav Čonka explains that teachers complain that Roma children are dirty when they come to the town schools, although clean laundry is hanging outside nearly every house in the settlement.

But with Vilčurňa nearly two kilometres down a dirt road from town, it is not hard to see the source of the complaints.

"Roma have been here since the 1420s," said Čonka. "They are citizens of this state and they have rights, but they also have responsibilities.

"People here are willing to work, but there are no jobs, and there is little money for projects," he said, explaining that the only water source for Vilčurňa's 1,100 residents is a natural spring.

The nearby village of Hrabušice, like most areas in east Slovakia, is made up of small, tidy family homes built along dirt and gravel roads, with a dilapidated and ill-concealed shantytown lying at the rear of the village.

Development has come slowly to Hrabušice, jobs are few, and the worst living conditions are endured by the ethnic Roma minority.

However, largely due to the efforts of Viktor Kroščen, the local vajda, or unofficial Roma leader, Hrabušice has become an example of how sensible planning and tolerance can improve the lot of Roma, as well as the sometimes strained relations between the minority and the greater population.

Kroščen leads a walk through what used to be called the 'new settlement,' now an integrated community of small houses and gardens, greeting inhabitants and explaining that Hrabušice now has 15 Roma-owned businesses, and that a number of Roma from the village are enrolled in university programs.

He also points out a kindergarten where Roma and non-Roma children play together during the week and on weekends when the building is used as a community centre.

When walking through the ramshackle old settlement, however, an edge creeps into Kroščen's voice, as he points to half-finished housing, partly financed by the residents, that is slowly falling down due to a lack of money to finish it, as well as still-open questions on who has what rights over the land.

"They say that Roma are too aggressive; if we are passive we lose, but if we assert ourselves, we lose too," says Kroščen.

His complaints have recently been taken up by a new alliance of young, educated Roma called Nevi Romani Generácia, New Roma Generation.

The group of activists and organisations, formed in October, is pushing for the government to address Roma issues as complex problems related to health, education and other social factors rather than as a product of culture or ethnicity.

"We do not need to solve Roma issues in an ethnic way, but as a societal principal. We are not proposing a new Roma agenda, but we want to continue work that has already been started," said Eduard Čonka, one of the group's founders.

New Generation has already been particularly vocal in its criticism of what it says is the new Slovak cabinet's failure to take the Roma issue seriously.

In particular, they have joined the cabinet appointee on Roma issues, Klára Orgovánová, in lashing out at the cabinet for a proposed transfer of the Roma agenda from the portfolio of Deputy PM for National Minorities Pál Csáky to Culture Minister Rudolf Chmel.

While Chmel's Ano party has repeatedly said it wants the Roma agenda, the proposal came as a surprise to the minister, who is still insisting that the matter is on Csáky's desk, and that it must be dealt with interdepartmentally.

"We are losing time and credibility," said Orgovánová, criticising the cabinet for not solidifying an official stance on the matter.

When The Slovak Spectator went to press, it was still unclear what government office would have responsibility for the Roma.

Back in Rudňany, activists and residents are less concerned about government portfolios than about the coming winter and the deteriorating situation in Zabijanec, where several years ago the ground above the former mine began to subside.

Berkyová explains that they would like to construct more houses like the one standing next to the community centre, built for around Sk350,000 ($8,100), but that there is little money for such relatively large projects.

"We want to build more houses," she said. "But there's so much more work to be done."

While there has been an international Roma anthem since 1971, the song is not widely known among Slovak Roma. Instead, say community activists, the song Čhajori romaňi (Roma Girl), also known as Gypsy Tears, connects all Roma communities in Slovakia. Here, the song's lyrics are presented in the eastern Slovak Roma dialect and in English.

Little Roma girl
Hey, make a fire
Neither big nor small
Hey, I kiss your soul

Don't beat me, don't beat me
Hey, or you will kill me
I have children at home
Hey, who will look after them?

Source: inforoma.sk. Translation from the Slovak by Dewey Smolka