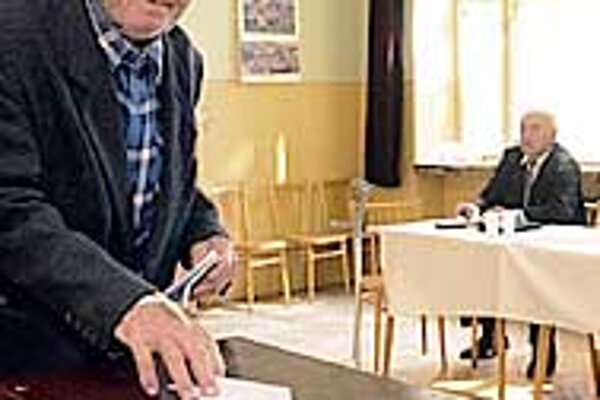 Font size:A-|A+0
TWO US-funded organizations provided assistance to certain political parties in the run-up to September's elections, despite a law prohibiting such activity.

Nevertheless, the International Republican Institute (IRI) and the National Democratic Institute (NDI), neither of which is a foundation or a partner political party, gave non-financial aid to a number of political parties ahead of September's parliamentary elections.

Under Slovak law, the Finance Ministry is supposed to impose sanctions on political parties that accept support of any type from prohibited foreign bodies.

"The provisions are intended to prevent the influencing of political parties and movements from abroad through sponsorship provided by foreign legal entities and individuals," said Finance Ministry spokesperson Ján Mach.

However, the IRI has made no secret about its efforts to influence Slovak politics, stating clearly on its web site that it felt the organisation had a role to play in Slovakia's recent national elections.

"Given that many Slovaks are apathetic and believe all parties to be the same, [the IRI's] efforts will likely play a key role in shaping the election outcome," reads the IRI's report on the Slovakia country programme, prepared before September's parliamentary elections.

"Over the course of 2002, the IRI sponsored a series of regular tracking polls, two polls of Slovak youth, and a number of focus groups as part of our research project. Representatives of seven major political parties and a number of NGOs were briefed on the results of these polls and focus groups," explained Lindsay Lloyd, who was the director of the IRI in Slovakia during the pre-election period.

The National Democratic Institute (NDI) was also working with political parties in Slovakia before September's vote.

"The NDI was performing political party development work during the pre-election period," said Nicolas Ruszkowski from the local branch of the NDI, specifying that the group ran programmes focused on parties' youth organisations, women candidates as well as other candidates.

In addition, the NDI provided training on issues such as regional branch development and recruitment, campaign management and resource allocation techniques, fundraising, recruitment and volunteer coordination and media and mass communication.

Only certain parties were assisted by the American organisations in the run-up to the elections.

"In the past, the NDI has worked with [all parliamentary parties]," said Ruszkowski. "However, because the NDI's approach to democratization is to help strengthen levels of participation, representation, accountability and transparency in politics, we decided not to work with the [populist party Movement for a Democratic Slovakia] HZDS and the [nationalistic Slovak National Party] SNS in the context of our leadership development programs. Their lack of internal democracy indeed threaten the participatory and representative nature of democracy," he added.

NDI representatives say they were not trying to influence the Slovak electorate to vote one way or another.

"We are trying as best as we can to help develop and professionalise the practice of politics in Slovakia," said Ruszkowski. He added that the NDI is not interested in influencing Slovak foreign policy either.

Experts say the rules prohibiting such activity are needed to prevent domestic policy being dictated from the outside.

"The point is that political parties strive to gain power and manage public affairs. If any state let a political party, fighting for its place in government, get assistance for this fight from the outside, then it would allow someone from the outside to influence the political life of the country. These are provisions that are tightly connected with the protection of state sovereignty," said constitutional expert Peter Kresák from Bratislava's Commenius University.

If the NDI or IRI had registered as a foundation with the Slovak government, their activities prior to the September election would have been within the law. However, neither organisation did so.

"We are a non-governmental organisation with an international element and we are not a foundation," confirmed Zuzana Dzúriková, senior program coordinator of NDI's Youth in Politics programme.

According to the Interior Ministry, the IRI is also registered as an organisation with an international element, not a foundation.

Dzúriková stressed that her organisation does not provide direct financial aid to any political parties and did not want to speculate on the possibility of a conflict with the law.

"I would not like to get involved in a legal discussion, because there are as many opinions as there are lawyers," she said.

Finance Ministry spokesman Mach said that the law is breached whenever a foreign organisation other than a foundation or partner political party offers a Slovak political party free support in the shape of activities such as training programmes and opinion polls.

Citing article 19, section 2 of the law no. 424/1991 coll., Mach stated: "If a party accepts a gift from a different foreign legal entity than those specified [ie foundations and partner political parties]... the law has been violated."

This interpretation is in line with constitutional expert Kresák's understanding of the law.

When such a violation occurs, all political parties concerned should by fined by the Finance Ministry. The fine should amount to twice the value of the accepted gift.