Society recovering from stress of independence

WHILE STRESS, insecurity and fatigue have been major underlying themes in Slovakia's first decade of independence, signs of recovery have begun to appear in society, say experts, particularly among the young and the better educated.
"This year it has become clear that an ever greater number of people have survived the stresses of the last 10 years," said sociologist Ján Bunčák of the Slovak Academy of Sciences.
Among general stress factors, the sociologist cited the sweeping political and economic changes made as Slovakia moved from communism to capitalism, as well as new technology and culture imported from the West. 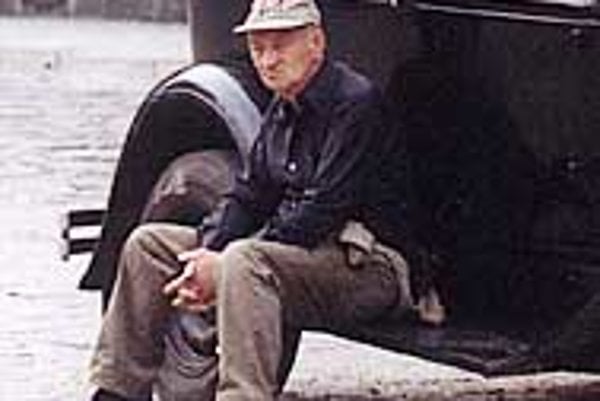 Font size:A-|A+  Comments disabled
WHILE STRESS, insecurity and fatigue have been major underlying themes in Slovakia's first decade of independence, signs of recovery have begun to appear in society, say experts, particularly among the young and the better educated.

"This year it has become clear that an ever greater number of people have survived the stresses of the last 10 years," said sociologist Ján Bunčák of the Slovak Academy of Sciences.

Among general stress factors, the sociologist cited the sweeping political and economic changes made as Slovakia moved from communism to capitalism, as well as new technology and culture imported from the West.

"Top professionals have adapted, as have a large group of people connected to private enterprise, while even young school graduates are coming to understand that it's natural and normal to have a tough time finding that first job," Bunčák said.

The evidence of change, for Bunčák, lies in the results of recent elections, which returned a pro-West, centre-right government to power despite the certainty of further painful economic reforms. "People are making more rational choices, and not only in politics," he said. "These days people are also showing a better sense of where to invest their money."

For political scientist Soňa Szomolányi, the way in which the country celebrated the triumph of the Slovak hockey team at the World Championships this year was another sign of increased maturity and a healthier national psyche.

"We saw there the birth of a new generation," she said, noting that victory parties across the country had featured less nationalism and more confidence than Slovakia had known since its birth.

Even psychologists from a Bratislava drop-in clinic, the Centre for Psychological Counselling, said they had noticed a new approach among their patients to matters of state.

"The prospect that we would move in the direction of Romania or Albania [by electing an anti-reform government] was a powerful motive for people to examine their political choices very carefully," said Dr Antónia Sotáková.

Nevertheless, when asked to 'take the temperature' of the national psyche, the psychologist said she still read signs of malaise.

"The temperature is somewhat above normal, meaning there's still a problem," she said. "It's not a crisis, but it's simmering away, and a lot of people are still trying to get used to the changes. And while the pace of change may not be as hectic as it was in the 1990s, people seem more tired and exhausted."

For many Westerners who have grown up in stable countries, the scale of change that has occurred since Slovakia declared independence in 1993 may be difficult to grasp.

"Not only were the changes that happened stressful in themselves, but they also posed a very stressful question, especially for older people - 'Will I be able to adapt to the new situation?'" said Bunčák.

This "new situation", he added, involved far more than just falling living standards and the new phenomenon of unemployment, and affected far more people than merely labourers and pensioners.

"It may seem rather funny now, but I remember an intense debate among university professors at the time, who feared that their students would soon know English far better than they, would be able to read expert articles from the West, and thus constituted an academic threat," Bunčák said.

"The top professionals also had to cope with the new responsibility of running a state [after independence]. It's very easy to be a little brother, as we were in the Soviet empire or in Czechoslovakia, but it's another thing altogether to be independent."

White-collar workers faced the twin stresses of wholesale economic reorganisation, which completely altered their jobs, and the arrival of the computer, part of what Bunčák described as 'modernisation stress'.

Skilled labourers, meanwhile, had to adapt to massive and sudden industrial changes that had taken two decades in Western Europe, transforming largely heavy industry into light manufacturing and service sectors. These changes spelled the arrival of the new "risk society", Bunčák said, "in which the only certainty you have is that you won't be doing the same job the rest of your life".

Finally, unskilled labourers suddenly had to become mobile, willing to move to the Czech Republic or even further abroad to find work - as well as to accept that most jobs lasted at most six months.

These were shattering changes for a workforce accustomed to jobs guaranteed for life near their homes, to pen and paper rather than computer monitor, to the snail's pace of industrial progress under the command economy, to leaving ultimate responsibility for running the country to someone else.

But it was more than simply the fact life was changing - the worst was that there was no commonly agreed way to respond, and no time to work one out.

"All during these rapid changes, few social norms existed, and still don't," said Bunčák. "How, for example, was the president supposed to act, given that there was no precedent for the role? How were journalists to respond? Should rich people show off their wealth or consume it in caves, hidden from society? Should you give your seat to an older passenger on the tram?

"American anthropologist Michael Novak told me that Americans now see Ivana Trump as a joke. In Slovakia, there are no such set social responses. If you look at [controversial former secret service boss Ivan] Lexa or [jailed financier Jozef] Majský, what should you do? Laugh, or shout 'thief'?

"This total absence of norms has been both a sign and a motor of social instability."

With no norms existing for how politicians should behave, for example, former Prime Minister Vladimír Mečiar and his colleagues in the 1994-1998 cabinet exploited the situation, transgressing against Western standards of democratic rule.

"The arrogance and intolerance that politicians showed was also reflected in the behaviour of ordinary people, who began to feel they had a right to say or do whatever they wanted, and that if they were in a hurry they didn't have to take anyone else's interests into account," said psychologist Eva Bohumelová, also of the Centre for Psychological Counselling.

Eventually, however, as the behaviour of the Mečiar government drew more diplomatic notes and deepened Slovakia's international isolation, it caused a mood shift in Slovak society.

"National identity is deeply connected with personal identity in this part of the world," said Bunčák, who saw the current overwhelming support for Slovakia's joining the EU as a signal that Slovaks had firmly rejected the 'banana republic' image the country had occasionally projected in the 1990s.

"Slovakia was always provincial, which is why now, every departure from this provincial status is so important to people," he said, citing the nation's recent victory in the Fed Cup, an international women's tennis event.

"The US can lose the Fed Cup and not be seen as provincial, but when Slovakia wins it, in the eyes of its citizens this is further evidence that our international status has improved."

Experts on social trends agree that Slovaks are not yet out of the woods, particularly those with few skills and little education, such as the Roma minority or those who live in depressed areas.

Darina Franková, head of a drop-in counselling clinic in east Slovakia's Rimavská Sobota, reeled off a list of horrifying problems many families in the area faced.

"Unemployment out here is over 30 per cent, and this is the most important factor in all the problems we see, even more important than the mix of Slovak, Hungarian and Roma populations," she said.

"In the last 10 years, many families have fallen to the verge of poverty or below, with many unable even to afford the cost of travelling to our centre for counselling.

"The general psychological state of society out here has worsened in the past decade, with increased frequency and severity of marital violence, serious growth in alcohol abuse, particularly among women, and personal problems that frequently are on the border of becoming psychiatric problems."

For Slovaks who live in wealthier regions, however, life has moved from one extreme to the other over the last decade.

"Sometimes, paradoxically, the problem is not that a family has too little money, but that they have suddenly started earning far above the social average, and don't know how to handle it," said Sotáková of the Bratislava clinic.

"It's mostly clever young guys with top business jobs who suddenly get the chance to travel, live in a huge house with a pool, even buy a yacht. They sometimes think that taking a lover is part of the deal, and then we start seeing these deserted wives and problem children who live in beautiful houses that lack one thing - a husband and father.

"The motto of these people can be summed up in one sentence - 'how much better everything was when we had less'."