ONE of three men linked to a possible cyanide attack on the London Underground may have planned his terror attack in Slovakia, according to documents seized by police in Bratislava.
Interior Minister Vladimír Palko said Rabah Kadre, 35, one of three suspects in the alleged terror attack plot, arrived in Slovakia in November 2001 and had been closely watched by Slovak police for about a year.
At a press briefing November 18 the minister said that although the local police had kept an eye on Kadre, they had not been able to gather enough information to arrest him. 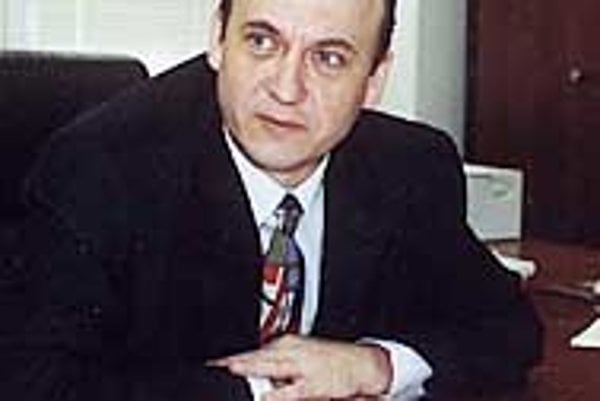 Font size:A-|A+  Comments disabled
ONE of three men linked to a possible cyanide attack on the London Underground may have planned his terror attack in Slovakia, according to documents seized by police in Bratislava.

Interior Minister Vladimír Palko said Rabah Kadre, 35, one of three suspects in the alleged terror attack plot, arrived in Slovakia in November 2001 and had been closely watched by Slovak police for about a year.

At a press briefing November 18 the minister said that although the local police had kept an eye on Kadre, they had not been able to gather enough information to arrest him.

Palko confirmed, however, that all information, as well as documents in Arabic seized at a flat where Kadre used to stay in Bratislava, had been forwarded to British police following Kadre's arrest by British authorities November 6, along with Rabah Chekat-Bais, 21, and Karim Kadouri, 33.

Since news of the arrest was released, speculation has grown in the British press that the trio was planning a cyanide gas attack in the London Underground. This theory was firmly rebutted by British politicians.

According to the Minister Palko, Kadre was associated with a fundamentalist terror unit based in Germany, which in 2000 planned attacks on French targets.

"This group was broken up before Christmas 2000," Palko said. "Kadre was a member of a sub-group of this unit."

Kadre allegedly lived in the old town of Bratislava with two sisters whose names the police refused to give. Both of the women are said to be Slovak citizens who have converted to Islam. They were questioned by Slovak police but were later released.

"We do not know that the women are involved in any criminal activity in Slovakia," Palko said.

The minister said the assistance the Slovak police was able to offer in this case was proof that Slovakia's forces were willing and able to help in the fight against terrorism. He also said he was not surprised that the alleged terrorist had stayed in his country.

"Terrorists move around the world and go to various countries. It is a good signal, however, when [authorities] are aware of [their presence] and are able to act against [the terrorists]," Palko said.

Jaroslav Spišiak, vice-president of the Slovak Police Force, also expressed his satisfaction with his officers' involvement in the case.

"This is a big success for the Slovak police," he said.

This recent case is not the first time Slovaks have assisted in an international operation against people allegedly involved in terror activities.

Last year, Slovak police helped to bring to justice three members of the Real IRA, who confessed in a London court that they were trying to buy weapons and explosives in Slovakia for a possible attack on mainland Britain or in Northern Ireland.

The three men - Michael MacDonald, Fintan O'Farrell and Declan Rafferty - were caught in an elaborate sting involving Slovak secret service and MI5 agents in the west Slovak spa town of Piešťany in June 2001 and were sentenced to 30 years in prison.

British daily The Times reported November 19 that British security authorities have in the past profited from warnings from various European countries. The paper said this suggested that a complex network of terrorist groups was operating around Europe.

The paper also claimed that British security sources regarded Bratislava "as a soft back-door entry to Britain for asylum-seekers, some of whom, it is feared, could include extremists".

But Slovak authorities claim that the recent case has shown that local security units are well prepared and capable of participating in international anti-terrorism activities.

"The Slovak police acted quickly and they were flexible, which is a proof that Slovakia is able to actively participate in the fight against terrorism," said Palko.

Meanwhile, local media speculated, quoting various secret sources, that Slovakia was "an interesting country" for terrorists as a transit route to the West, as it was surrounded by Nato member states and was considered a democratic and safe state.

"Slovakia is an ideal station for illegal migration as well as terrorist groups," said one source quoted in the daily Sme.

Another daily, Pravda, referring to a source in a special police unit, claimed that a group of Slovak entrepreneurs and people from the underworld had supplied arms and other sensitive material to customers in an unspecified Arab country.

The group allegedly supplied arms systems from Ukraine to an Arab country, with the source not specifying whether or not that country was Iraq.

A spokesman with the Slovak Secret Service (SIS), Vladimír Šimon, said that the SIS did not want to comment on theories. Spišiak of the police force also refused to comment on these allegations.

However, he added: "As a rule we do not inform the public on cases that we're working on. We will provide information when we get to the point of taking procedural steps in the case."