THE SLOVAK government is not paying enough attention to the country's environment, say critics, charging that the state's devotion to environmental issues has been more verbal than practical.
The evidence comes from the recently approved cabinet manifesto and state budget for next year, both of which, say critics, offer far less support for the environment than what the real situation demands.
"The government is stuck in the middle of the road. Even though the direction [it is moving in] is positive, it could go further," said Juraj Rizman, spokesman for the Slovak branch of the environmental organisation Greenpeace. 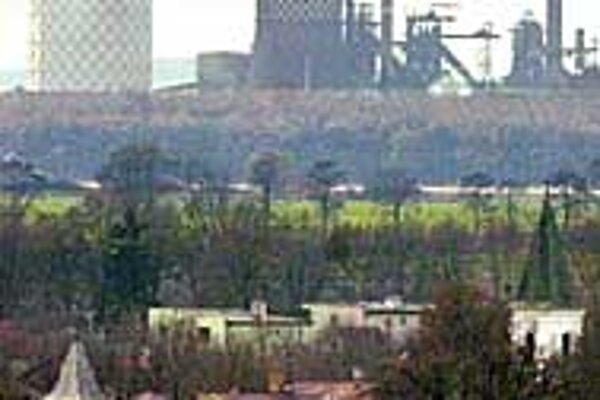 Font size:A-|A+  Comments disabled
THE SLOVAK government is not paying enough attention to the country's environment, say critics, charging that the state's devotion to environmental issues has been more verbal than practical.

The evidence comes from the recently approved cabinet manifesto and state budget for next year, both of which, say critics, offer far less support for the environment than what the real situation demands.

"The government is stuck in the middle of the road. Even though the direction [it is moving in] is positive, it could go further," said Juraj Rizman, spokesman for the Slovak branch of the environmental organisation Greenpeace.

In its manifesto, the Slovak government states that financial resources invested in environmental development create conditions for further economic and social development.

Therefore, "the government will support activities aimed at the improvement of the environment," says the document.

However, critics point out flaws in the government's plans, saying that the declaration is too broad and often deviates from what is really needed.

For example, even though the government says it plans to support market mechanisms and economic tools that should hold polluters financially accountable for environmental damages, the wording of the policy lacks detail on how the plan will be implemented, critics say.

"Clear supports for motivational mechanisms, such as an ecological tax, are missing in the manifesto," said Greenpeace, in reaction to the government programme.

"The government also skipped the need to prevent the creation of waste, and mentions only recycling and environmentaly suitable processing of waste," the statement continued, referring to government plans to support small- and medium-sized enterprises looking for opportunities in the recycling industry.

Similarly, in other chapters of the manifesto, the activists point out more imperfections, such as continuing support of "voluntary industry commitments", which are designed to lower pollution but have not worked in the past.

In addition, activists criticise the government's declaration to support intense agricultural production, which they say is in direct contradiction with plans to "respect the ecological demands of the country."

While the government manifesto has been greeted warmly by many observers, critics say Slovakia's environmental development is still hindered by a lack of funding.

"Next year's state budget is evidence that the government does not understand the role of the environment in the country's economy," said Ladislav Ambróš, a member of Slovakia's Green Party, adding that the Sk2.6 billion ($62.7 million) allocated for the Environment Ministry in 2003 is far less than the needs of the sector.

"In Slovakia, there is an incredible amount of old environmental burdens that have to be removed. Money is missing mostly in this area," said Rizman from Greenpeace.

"Regarding the Environment Ministry, we see certain efforts being made, but we would still appeal to the government [on this issue]," he continued.

The Environment Ministry agrees that it would achieve more if it had more government funds at its disposal.

"We were supposed to get [another] Sk2 billion ($48 million) from the privatisation of the SPP gas utility. That did not happen and we are pushing old ecological debts further ahead of us," said Environment Minister László Miklós.

"To address old environmental burdens we would need around Sk8.5 billion ($200 million) to Sk9 billion ($220 million). However, in this area, only Sk100 million has been allocated for next year," he said.

As part of the process of European Union integration, Slovakia has already closed the EU's legislative chapter on the environment, aimed at harmonising Slovak laws with those in member countries.

In its annual October report, the European Commission said Slovakia had made significant efforts in developing environmental legislation compatible with EU laws. However, it warned that putting the legislation in place was only one step on the way to environmentally responsible behaviour.

"Effective compliance with many legal rules requires a permanently high level of investment and significant administrative effort," the report said.

The Environment Minister agreed, but pointed out that the necessary cash was not available.

"Before closing the environmental chapter, we worked out a so-called integration approximation strategy, which includes calculations on necessary capital and operational costs. The capital costs amount to Sk188 billion ($4.5 billion) by the year 2035.

Complicating the problem, said Miklós, is the government's austerity package, which is expected to strain EU-required administrative duties at the ministry.

"For our sector, the EU has recommended employment growth by 480 people. We thought that was not possible so we reduced it to 230, and later to 162. But the government decision and budget proposal allows us to grow by only 91 people - only one fifth of the number required by the EU," said Miklós.

Development in the environmental sector remains unclear, as the new Slovak cabinet's austerity measures and reform packages are leaving every ministry with less money than they say they need.

After a recent cabinet discussion on the budget, finance minister Ivan Mikloš said such disappointment was par for the course.

"I have never experienced a state budget discussion in which the ministers left happy. I would even say that if they left happy, it would mean that I'm not doing my job well," he said.

However, Environment Minister Miklós does not seem to share the reformist lack of concern.

"In the last four years, the share of the environment sector in the whole budget has been constantly falling," said Miklós, adding that his was the only ministry that had seen this steady reduction.

"I have to say that I am probably the least satisfied minister in whole cabinet," he added.