SLOVAKIA's top two expectations resulting from a recent invitation to join Nato are greater security and an influx of foreign investment, which might stop the country's brain drain to the West, a poll suggests.
Slovakia was invited to join the Alliance on November 21, along with six other post-communist countries, with full membership expected in spring of 2004.
A survey carried out by the state-run Slovak Television (STV) shortly after the invitations were extended showed that 51 per cent of Slovaks expected greater security, and 31 per cent of those hoped new investors would revive local industries and reduce the country's 16.5 per cent unemployment rate. 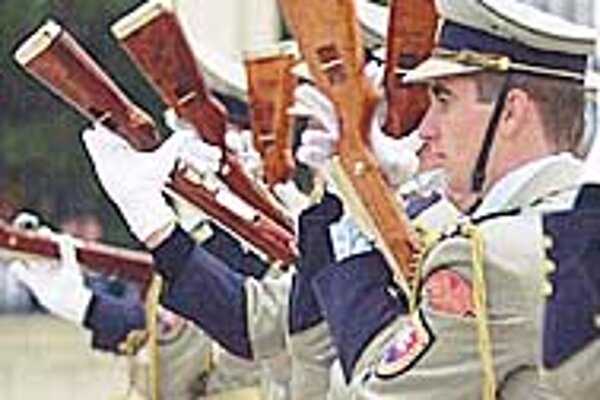 Font size:A-|A+  Comments disabled
SLOVAKIA's top two expectations resulting from a recent invitation to join Nato are greater security and an influx of foreign investment, which might stop the country's brain drain to the West, a poll suggests.

Slovakia was invited to join the Alliance on November 21, along with six other post-communist countries, with full membership expected in spring of 2004.

A survey carried out by the state-run Slovak Television (STV) shortly after the invitations were extended showed that 51 per cent of Slovaks expected greater security, and 31 per cent of those hoped new investors would revive local industries and reduce the country's 16.5 per cent unemployment rate.

Analysts shared those expectations, noting that with Slovakia's invitation to join the European Union (EU) virtually guaranteed to be forthcoming at a Copenhagen summit on December 12 and 13, more investors were likely to bring their money into the country. They predicted the new investment would be mainly concentrated in greenfield projects, and hoped it would help curb the country's current brain drain to the West.

"We expect the economy to grow at a high speed. Membership in Nato and the EU makes Slovakia a safe haven for investors. Along with the integration, the image of Slovakia will change, which may result in Slovak products being sold in greater numbers abroad," said Martin Barto, analyst with Slovenská sporiteľňa bank (SLSP).

Twenty-five-year-old university student Ján Belian expressed similar optimism that the fortunes of the country would change for the better, thanks to Nato's invitation.

"Slovakia is now looked at as a safe and democratic state. Nato membership can help attract investors and also young Slovaks. University graduates won't have to leave the country because there is no work for them at home," he said.

Media reports have suggested that if Slovakia manages to pull in the same level of foreign investment as the neighboring Czech Republic has attracted since its invitation to Nato in 1997, which Barto estimates at "several billions of US dollars", the unemployment rate could fall to about 10 per cent.

Prime Minister Mikuláš Dzurinda expressed his desire for that to happen.

"We still have a high unemployment rate, which gives us much pain. But I expect that the interest of foreign investors in Slovakia will increase a lot [with Nato entry]," Dzurinda said on November 23.

Analysts predicted the boom would be seen mainly in the automotive sector. Several large automakers have already said they are interested in investing in Slovakia.

Barto of the SLSP added that other promising fields of investment included information technology, where foreign firms could profit from Slovakia's "highly qualified workforce", biotechnology, heavy machinery and arms production.

This latter industry was hard hit by the fall of communism in 1989 and the split of Czechoslovakia in 1993. Barto thought Nato entry was a chance for Slovak arms makers to go through a renaissance, with skilled Western management teams at their helms.

However, not everyone is convinced that Nato membership will guarantee economic prosperity.

"What are we going to produce? Car-seat upholstery for the West?" said Ladislav Jača, central secretary of the Slovak Communist Party (KSS).

The KSS, the only one of the country's six parliamentary parties that opposes Nato membership, has described the Alliance as a "Cold War anachronism".

Rather than increased living standards, KSS officials said, Slovakia should brace for more government money being poured into the military and more lives lost in new wars.

"I don't believe that membership will mean better living standards for us, because being a member of Nato means increased investment in defence. And once Slovakia is pulled into war, that investment will be even higher," said Jača.

"When I hear the statements of our top officials who say Slovakia wants to be a model new member, meaning also a model in Nato's military aggression, I like to think what would happen if their sons were sent to their deaths in the frontline of war," Jača said.

This anti-Nato feeling was not restricted to politicians. The STV survey showed that about 25 per cent of respondents opposed Nato membership.

"When we are in Nato we will have to spend more money on the army, and I don't believe that the investments that come into the country will compensate for the lives our young soldiers will risk in Nato operations," said 56-year-old Alena Kaliská from Bratislava.

Others argued that Slovakia lost many investment opportunities by being omitted from the first round of Nato's expansion east in 1997, when Slovakia's neighbors - the Czech Republic, Hungary and Poland - received invitations. Slovakia, then led by PM Vladimír Mečiar, was left out because Western partners doubted the cabinet's dedication to the democratic values found in Western structures.

"We've missed many years [of Nato membership] and we've missed the good times when new international investment was arriving in [central European] countries. We were left out of the process just because the Mečiar cabinet did not understand [what was at stake]," said Béla Bugár, deputy speaker of the Slovak parliament and head of the Hungarian Coalition Party.

But Barto believed that more investment would come to central and eastern Europe and remained optimistic in his outlook for Slovakia.

"Even though some opportunities have been missed, there are many more areas that are ripe for investment. Now it is just a matter of taking advantage of the current opportunities," he said.