"MEDIA MAGI" is a term often used by the Slovak media when talking about
promoter Fedor Flašík, because of the effectiveness of his often-shocking campaign tactics.
He masterminded the preelection campaigns of both authoritarian former Prime Minister Vladimír Mečiar, whose return to power would have stood in the way of Slovakia's EU and Nato integration ambitions, and Robert Fico, boss of the opposition Smer party and currently the most popular politician in the country. 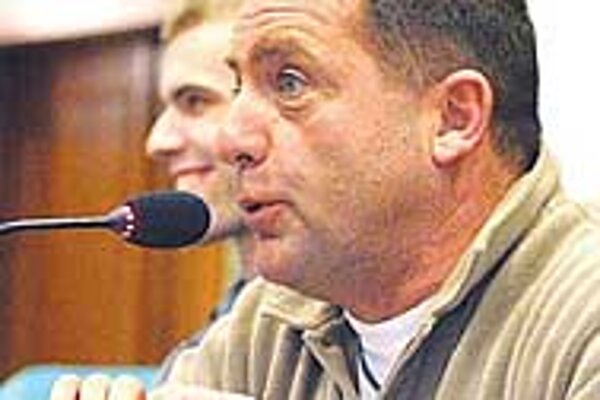 Font size:A-|A+  Comments disabled
"MEDIA MAGI" is a term often used by the Slovak media when talking about

promoter Fedor Flašík, because of the effectiveness of his often-shocking campaign tactics.

He masterminded the preelection campaigns of both authoritarian former Prime Minister Vladimír Mečiar, whose return to power would have stood in the way of Slovakia's EU and Nato integration ambitions, and Robert Fico, boss of the opposition Smer party and currently the most popular politician in the country.

Flašík's brilliant career in political marketing was launched in 1994, when he was in charge of the preelection campaign of Vladimír Mečiar's Movement for a Democratic Slovakia (HZDS).

Not content with pursuing traditional methods of publicity, he came up with the idea of the singing HZDS. The song Vivat Slovakia [Long live Slovakia] sang by Mečiar and other prominent members of his movement became an instant hit at home and abroad. Flašík claims it has made the charts in 64 countries.

Its involvement in that campaign made his company, Donar, a lot of money after the elections, which brought Mečiar victory and opened the door to his third term in office as prime minister. During his 1994-1998 administration, many state-controlled companies asked Donar to handle their promotion.

Also during this period, Flašík became more actively involved in the media business. In 1996 his company WA Slovakia, of which current Smer vice-chair Monika Beňová was also a shareholder, received a license for radio broadcasting. In 1997 the radio station Rádio Koliba was launched and Beňová became its general director.

Mečiar used Flašík's services between elections as well as during campaigns. In October 1997 Flašík's company installed a large digital watch on top of a building facing the presidential palace. Although Flašík at first claimed the watch was there to measure the time and temperature, it soon became obvious that it was counting down the days left before President Michal Kováč's term ended.

Kováč was a major opponent of Prime Minister Mečiar, who is believed to be behind the kidnap of Kováč's son by the secret service in August 1995.

During the HZDS's 1998 preelection campaign, Flašík again found himself involved in a controversy. His agency created a billboard depicting the Tatra peak Kriváň, superimposed with the text, "The country of your heart". It was intended to drum up support for the party by raising national pride.

Unfortunately for Flašík, journalists soon discovered that the picture had been doctored, and in front of the Slovak mountain was an expanse of Swiss lawn, taken from the Corel Stock Photo Library. After initial denials, Flašík eventually had to admit that the picture was not a true representation of Slovakia.

Following the 1998 elections, the HZDS was unable to form a ruling coalition, even though it won more votes than any other party. At this time, the party ended its collaboration with Flašík, whom Mečiar accused of untransparent financing. "We got rid of Flašík and we know why," Mečiar said.

With his hands free, Flašík went looking for a new career to mold. He set his sights on Robert Fico, a young and charismatic politician with no experience in government.

Before the 1998 parliamentary elections Fico was a member of the Democratic Left Party (SDĽ), but soon after elections he started deviating from the official party line.

His critical attitude towards his own party - and the entire coalition - voiced in the period after the September 1998 elections won him popularity, and in November 1998 he ranked high in popularity polls, appearing in the top three for the first time.

Around this time, Flašík began a close association with Fico, which he admitted led to the founding of a new political party (see sidebar, this page). Fico left the SDĽ in September 1999 and founded the populist Smer party just a few weeks later.

At the time, he expressed his satisfaction that he was working with the veteran political marketer.

"I consider Flašík to be a person who can make Coca Cola or Pepsi out of water, so I would be dumb not to accept his useful advice," said Fico at the time. This statement on the transformation of liquids has since become legendary.

Under Flašík's guidance, this year Smer's campaign was very aggressive. Long before the official preelection campaign period, Slovak cities were flooded with signs saying, "As they stole under Mečiar, so they steal under Dzurinda," referring to the country's history of corruption in government. This and other campaign tactics planned by Flašík forced parties to be on the defensive.

Fico's Smer took just under 14 per cent of the votes in September's elections, after leading all parties in preelection polls. Thus, instead of taking the helm of government as he had hoped, Fico was banished to opposition.

Flašik told an audience of university students in Banská Bystrica this November that the main reason Fico had not done as well as expected in the elections was that he had not been positive enough about Slovakia's membership of the EU and Nato.

Flašík may be in part responsible for this, as Smer's campaign was not without any objections to EU membership. One billboard stated: "To the European Union! But not with bare bums," drawing on a Slovak metaphor for physical and spiritual poverty. The poster showed a group of people, apparently a family, sitting on a bench dressed only in T-shirts, with nothing on their bottom halves.

Despite Fico's failure to win the election, Flašík says he is planning to continue his collaboration with Smer. He may not have clinched the top job for his client, but the Media Magi may nonetheless have worked a bit of magic. The latest opinion polls consistently show Fico as the most popular and trustworthy politician in the country, followed by current Prime Minister Mikuláš Dzurinda, and his Smer party enjoys the widest support.