Abortions to get more expensive

ABORTIONS in Slovakia may double in price if Health Minister Rudolf Zajac approves a measure proposed by his predecessor.
Medical experts agree that abortions need to cost more so they reflect the procedure's real value, but they also point out that the increase should not be so large as to make the service inaccessible to poorer women.
The current price for an abortion, Sk3,000 ($74), has been at this level for nearly 10 years. 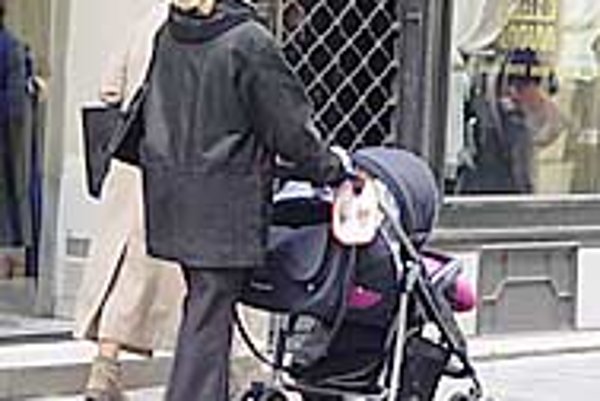 Font size:A-|A+  Comments disabled
ABORTIONS in Slovakia may double in price if Health Minister Rudolf Zajac approves a measure proposed by his predecessor.

Medical experts agree that abortions need to cost more so they reflect the procedure's real value, but they also point out that the increase should not be so large as to make the service inaccessible to poorer women.

Former Health Minister Roman Kovác had proposed that abortions should cost about Sk5,500 ($135) starting in November this year, but because of the change of administration following September elections, the Finance Ministry recently returned the measure to the new health minister, Zajac, for reconsideration.

The Health Ministry's main expert on gynaecology, Karol Holoman, said he was "strongly in favour" of the hike, stressing that "the current price does not at all correspond with the real costs of the procedure."

"It would be immoral to continue providing this service for such a low price while we have very little money to save the lives of other patients," Holoman said, estimating that the real cost of an abortion is about Sk6,000 ($150).

Doctors who spoke to The Slovak Spectator agreed that the rise was inevitable, as the cost of tests and medical services related to abortions have risen significantly over the last 10 years, a fact that is not reflected in the current price of the procedure.

While saying that the price of abortions should be kept at a reasonable level, the doctors also said they thought it "unlikely" that the higher prices would lead to an increase in back-street abortions.

"It is not like with drinking. If you need alcohol but suddenly can't afford it, there may be individuals who will go and find other ways of getting alcohol, such as brewing it at home, but I don't think this is very likely to happen with abortions," said Bratislava gynaecologist Marián Kollár.

"An increase in demand for back-street abortions is not to be expected. [Instead], I think [women] will actually be forced in greater number to think about how they can prevent unwanted pregnancies," Holoman said.

Kollár agreed, noting, however, that he did expect "the price increase to have a negative effect on some patients."

"A number of women who have abortions come from poorer families," said Kollár.

In Slovakia, the number of women aborting their pregnancies has fallen by nearly 50 per cent over the last 10 years, dropping to 23,000 abortions carried out last year. Experts say the decrease is mainly a result of greater availability of a wide range of modern methods of contraception.

Although there are no state statistics on the use of modern methods of contraception, Michal Kliment, a gynaecologist with the Kramáre hospital in Bratislava, told The Slovak Spectator that according to sales data issued by select drugs firms in Slovakia, about 18 per cent of Slovak women are estimated to use the pill. In the West, he said, the proportion was about 25 per cent.

Kollár thought that even if the Sk5,500 price measure were approved, it would not stop certain people from behaving irresponsibly, but he said he hoped it would at least move some women to practice safe sex in order to prevent unwanted pregnancies.

"Those who don't have protected sex will continue not to have it despite the [price hike]," Kollár said.

By November 25 it was still unclear whether a price hike was going to be approved by the Health Minister, but his spokesman Martin Urmanič said a group of medical experts had been formed to weigh the move's pros and cons.

"Nobody today can say they cannot protect themselves from unwanted pregnancies," Holoman said.

Although gynaecologists agreed with Holoman that the higher price might influence some clients to start behaving more responsibly in their sex lives, they doubted that it would change women's decision-making once accidentally pregnant, so that more women decided to keep their unborn babies.

And they said that raising the price of abortions was only one factor in a drive to promote more responsible family planning.

"Increasing the price of abortions may persuade more women to use contraception, to a certain extent, but that is not the only thing that should influence them to do that.

"We need to educate women and raise generations that respect lives and practice responsible and planned parenthood," Kollár said.

Most of the women The Slovak Spectator spoke to on the streets of Bratislava were in favour of the proposed price hike, largely because they thought it would put some people off having abortions.

"I think women by now should be wise enough to know that having an abortion is not the only way to prevent having babies. I understand that some people don't have much money but there are some methods of contraception that are not expensive and work well," said Elena Korková, 21, a student.

Her thoughts were echoed by pensioner Maria B.

"I don't agree with abortions at all. Women should be responsible. They should tell their partners to use condoms or have contraception prescribed by a gynaecologist. I think abortion is an extreme solution, and I would advise young people to either use condoms or wait until they really want to start a family before having sex."