WITH LESS than a month to go before the introduction of Slovakia's controversial new packaging law, discussions have been heating up between environmentalists and bottlers.
According to backers, by introducing deposit fees on reusable and non-reusable soft-drink bottles, the law should result in a significant reduction of waste.
Deposit fees for glass bottles have long been common in Slovakia, and the use of deposits on plastic drink bottles is found in a number of European Union countries. 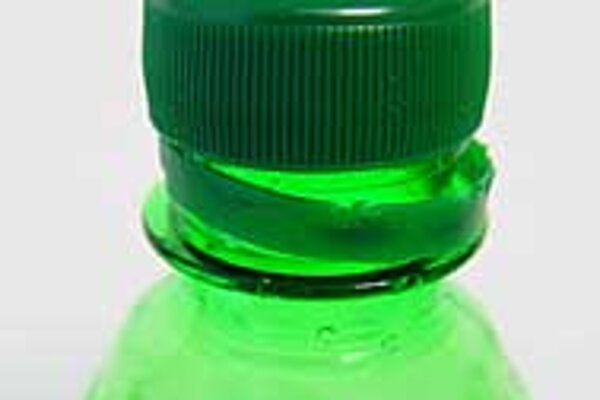 Font size:A-|A+  Comments disabled
WITH LESS than a month to go before the introduction of Slovakia's controversial new packaging law, discussions have been heating up between environmentalists and bottlers.

According to backers, by introducing deposit fees on reusable and non-reusable soft-drink bottles, the law should result in a significant reduction of waste.

Deposit fees for glass bottles have long been common in Slovakia, and the use of deposits on plastic drink bottles is found in a number of European Union countries.

The introduction of deposits on non-reusable plastic bottles, say environmentalists, may be good news for consumers, as savings from recycling can eventually be passed on.

However, Slovak producers and retailers say the implementation of the new law will have an extremely negative impact on their businesses and their customers' wallets.

"In the end, consumers are going to pay all the costs related to these laws," said a group of companies and trade associations representing producers and distributors of soft drinks in a common statement at the international Intraco conference in Bratislava in mid-November.

According to the producers, the costs of implementing the system are related to the technical process of collecting and repurchasing old bottles, buying machines for processing bottles, creating extra storage space and making provisions for safety and hygiene.

"The introduction of deposit fees for non-returnable bottles will not make products cheaper. Instead it will make them more expensive with all these extra costs," the statement continued.

Producers and distributors estimate that the price of each bottle will have to increase by Sk4 ($0.10), an extra yearly charge of as much as Sk10,500 ($253) for an average Slovak family of four.

The group says businesses "will have to provide financial resources for related costs... and if they are not prepared technically, the physical introduction of this system will cost Sk4 billion ($100 million) to Sk5 billion ($120 million) plus operational costs of Sk1 billion ($24 million) every year."

Ironically, say producers and distributors, the new law puts the Slovak environment at risk, because none of the surrounding countries have similar legislation. Businesses and individuals from abroad may try to bring their waste items into Slovakia in order to profit from the deposit system.

In the most recent issue of its quarterly journal, the Slovak Association for Branded Products warned that the speculative import of used packaging "may turn Slovakia into the rubbish dump of Central Europe".

"We do not accept the fact that conditions that will affect businesses in practice were discussed with representatives of environmental and other lobbying groups," the report continued.

However, head of the waste section at the Slovak Environment Ministry, Peter Gallovic, said that he had consulted all parties that would be affected by the law.

Ladislav Hegyi, head of the organisation Slovak Friends of the Earth, which co-prepared the law, rejected the argument that bottle deposits would mean an inflow of waste packaging to Slovakia from surrounding countries.

"Deposit fees for single-use packages are already in practice in Sweden, Finland, Denmark, Norway and Iceland, and they are currently being prepared in Germany. The Czech Republic's Environment Ministry is also considering this option.

"No country using this system has ever cancelled it - their experiences with it have been positive. The number of states introducing deposit systems is growing. It is becoming a standard measure," said Hegyi.

Environmentalists also say that businesses are overestimating the costs of implementing a deposit system because they have not conducted any detailed studies.

"Neither producers nor shopkeepers have a single economic analysis that can calculate the costs of this system," Hegyi said.

"They are using very exaggerated numbers. According to our study, the cost of this deposit system is only Sk1 per bottle and it would provide a recycling ratio of 80 per cent," he continued.

"With respect to this data, the estimates of how the companies will be affected are exaggerated 12 to 48 times. Not by 48 per cent, but 48 times.

"We have talked to experts from Norway who know such systems - the costs and revenues. When they saw the estimates [of Slovak producers and distributors] they laughed. They are really funny, unrealistic, exaggerated numbers out of the blue," he said.