OVER halfway through the playing season, competition at the top of Slovakia's Extraliga, the country's top-tier ice hockey league, is heating up.
With 30 games already played in the 10-team league, only three points separate the top three teams - Trenčín, Košice and Zvolen -and Slovan Bratislava is hot on their heels.
This is the usual line-up at the top, and it is no coincidence that these four leading teams are also the richest. 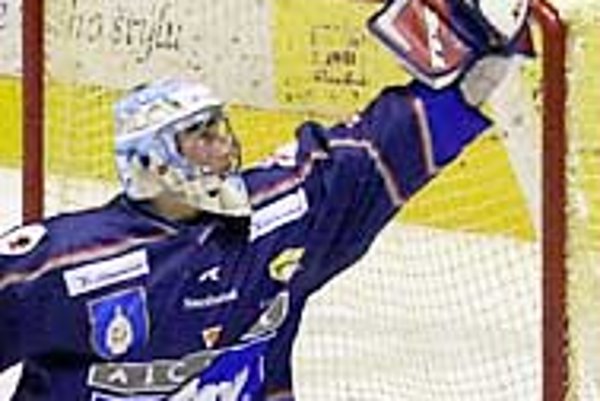 Font size:A-|A+  Comments disabled
OVER halfway through the playing season, competition at the top of Slovakia's Extraliga, the country's top-tier ice hockey league, is heating up.

With 30 games already played in the 10-team league, only three points separate the top three teams - Trenčín, Košice and Zvolen -and Slovan Bratislava is hot on their heels.

This is the usual line-up at the top, and it is no coincidence that these four leading teams are also the richest.

With team revenues and business activities varying widely, clubs at the back of the pack say they lack the financial resources to realistically compete, and are struggling just to survive.

"More often than not, right now hockey just doesn't function as a business, except for a few clubs like Slovan or the more wealthy teams," said Dušan Kacvinský, manager for the Extraliga team in east Slovakia's Spišská Nová Ves.

With 40,000 inhabitants, Spišská is one of the league's smallest markets, and it has the smallest budget and the worst record. In 31 games this season, the club has scored only 13 points, behind Žilina with 29, and has long lost sight of Trenčín and Košice, at 63 and 60 respectively.

These are supposed to be boom times for Slovak hockey. Riding on the success of the country's thrilling gold-medal run in the world hockey championships in Sweden earlier this year, the Extraliga is enjoying a lucrative new sponsorship deal with Slovak Telecom, as well as heightened interest in the country's most popular spectator sport.

The Slovak Ice Hockey Association (ZSĽH) estimates that more than 86 per cent of Slovak males older than 15 watched Slovakia's 4-3 victory over Russia in May, and that up to 3.5 million of Slovakia's 5 million inhabitants watch or are interested in ice hockey.

With flexible sponsorship rates for Slovak hockey based on the national team's performance, the association and the Pro-Hokej corporation that administers the Extraliga announced in August a new three-year general partnership deal with Slovak Telecom worth Sk16.5 million ($400,000) for this season alone.

The deal brought to an end six years of cooperation with Slovak International Tobacco, and changed the name of the league to the Slovak Telecom Extraliga. Previously, the league had been named after various brands of cigarette.

Other league sponsorship deals start at Sk3 million ($70,000), allowing donors to display logos on the playing surface, boards surrounding the rink and player uniforms. League sponsors can also rent space on the referees - from Sk500,000 ($12,000) per season for a small logo on the helmet to Sk8 million ($193,000) for a large spot on the official's back.

But although league sponsorship revenues are distributed evenly to teams, the money is not nearly enough to cover expenses, and with ticket prices of Sk50 ($1.20) or less, individual teams have to find their own additional sponsors locally.

While big-market teams like Slovan and Košice have sponsorship deals with giants like oil refinery Slovnaft and US Steel Slovakia, teams like Spišská have to make do with considerably more modest local firms, making it hard to find and keep quality players.

"Every club works with its own financial resources and the differences are huge, from around Sk13 million to Sk60 million ($313,000 to $1.4 million) per season," said František Morvay, spokesperson for the ZSĽH.

"But it's very hard to compare the numbers. For example, Slovan has about the same budget as Zvolen, but in Zvolen the town pays for stadium maintenance, while Slovan has to take care of everything themselves, which costs about Sk8.5 million ($205,000)," he added.

Ownership and management structure differs widely across the league as well, with some teams, including the four leaders, existing as corporations, while others, like Spišská, are registered as civic associations.

The Slovan company, for example, is involved in a wide range of business activities, including wholesale, retail and buying and selling debt. Non-corporate teams, on the other hand, say they have neither the people nor the resources to expand their business activities and build a budget big enough to compete.

"We have absolutely no property; we only have our players. We don't own the stadium, nothing. We only own what is in our office - a computer and copy machine plus equipment and players," said Kacvinský.

"The [incorporated teams] also own stadiums or have their own property, their own firms," he added.

For teams with smaller payroll budgets, finding and keeping talented players can be almost impossible, and high transfer fees for non-contracted players prevent hiring away from other teams.

"The less wealthy teams want [new] players, but they don't have money to buy them. So they try to find players through personal relationships with other teams. But even in this case we get players the other teams don't need," he added.

Improving the income gap, and therefore the level of competition in the league, is a difficult process that requires reexamining how revenues are distributed and how teams are run, said Kacvinský.

"Of course [smaller teams] have a chance to compete - if they can raise more money than the other teams.

"The best method of improving hockey, in my opinion, would be if each club had a private owner. Instead, with [each team] finding sponsors in this poor country, it is a catastrophe," he said.