Speaking out in the name of education

THE ACADEMIC senate of Commenius University, Slovakia's largest and oldest, elected its new president on November 20, 2002. František Gahér, current head of the academic senate and of the department of logic will start his term as the 40th university president on February 1, 2003.
Gahér, who will turn 46 in January, has university degrees in physics and philosophy. His academic work focuses on logic. Besides his involvement in university politics, he is active in local government in his home town of Svätý Jur near Bratislava, where he is a member of the city council.
The Slovak Spectator recently spoke to Gahér about his plans for the university and his views on education in Slovakia. 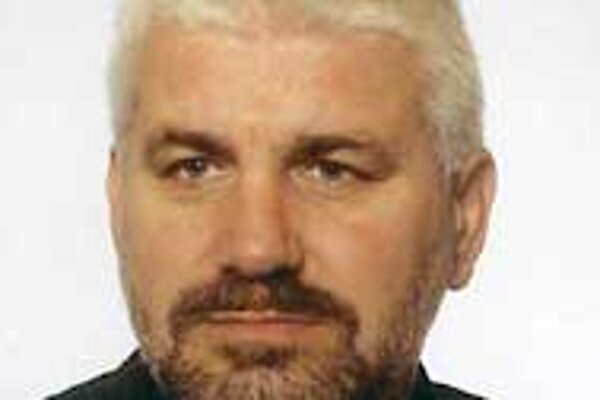 Font size:A-|A+  Comments disabled
THE ACADEMIC senate of Commenius University, Slovakia's largest and oldest, elected its new president on November 20, 2002. František Gahér, current head of the academic senate and of the department of logic will start his term as the 40th university president on February 1, 2003.

Gahér, who will turn 46 in January, has university degrees in physics and philosophy. His academic work focuses on logic. Besides his involvement in university politics, he is active in local government in his home town of Svätý Jur near Bratislava, where he is a member of the city council.

The Slovak Spectator recently spoke to Gahér about his plans for the university and his views on education in Slovakia.

The Slovak Spectator (TSS): What are your main priorities in office?

TSS: What exactly do you have in mind? Do you mean financial support or changes in legislation?

FG: The governmental manifesto names education as one of the top priorities. But deeds, not words, express real attitudes. And unfortunately the government does not act in accordance with its declarations. Universities have been underpaid since 1992 and the situation is not improving.

TSS: Do you think you will be able to change this from your position? Isn't the situation determined by the total amount of available finances?

FG: I would like to divide my answer into two parts. First of all, we are the largest and oldest university [in the country] and we therefore have a moral duty to fight for the smaller ones. I will try to persuade the public that it is more important to invest in education than anything else. It is unhealthy if this society gives for one university student five times less than for one prisoner. In the EU, an average of 1.3 per cent of [each country's] gross domestic product is spent on university education. Here, it is only about half that.

Secondly, I would like to turn this question around. Do we want to be a progressive country or not? If we do, investment in education is a most effective [way to achieve that goal]. Many European countries already know this and that's why they are increasing university education to such a degree, like in Finland, for example, where 40 per cent of the population graduates from university.

TSS: But if you do not raise overall living standards, how can you ensure that graduates will not leave the country?

GF: I will again answer with a counter question. Who will raise this economy if not university graduates?

TSS: But there are university graduates in this government and they are already doing their best to improve living standards.

GF: I think a strange thing has happened here. The universities were silenced. Naturally every government is pleased when a sector that is able to articulate its opinions is not given enough room to express them. People need to be convinced that the voice of the universities should be heard.

TSS: What do you say to critics who say universities are overstaffed and should save money by reducing their number of employees?

FG: No other field has increased productivity since 1992 the way universities have. At the end of 2002 we have twice the amount of students as then and roughly the same number of teachers, so talking about overemployment is strange. Naturally every large organisation can look for things to improve.

TSS: Do you feel your criticism of the ruling coalition could upset the government and in effect harm the university?

FG: You are putting it as a political issue. I presented my opinions in my programme, the academic senate accepted that programme and considered it to be the best one out of those offered. It is my duty to proceed in this way and fulfil my programme. The political powers might decide to discriminate against the university, but that would harm this society and harm this government, and I think that people who want the best for this society would not do such a thing.

TSS: Nevertheless, do you think this is a realistic threat?

TSS: The government has proposed the introduction of fees for university students starting next year. What are your feelings about this idea?

FG: Through the introduction of fees we would be able to solve approximately one-tenth of the problem, one-tenth of the deficit. The remaining nine-tenths would remain on the side of the government. Moreover, in the way the measure is proposed, a large portion of the collected amount would go towards scholarships for students. So schools would just end up doing the redistribution that should be done by the government. Our administration would have to increase. So far the system of loans and other sources of financing has not been introduced.

I see a further danger in the fact that in the Czech Republic they are allowed to collect fees for studies, but this money is not being collected. I'm afraid the elite of the nation could leave and study in the Czech Republic in even greater numbers than now. And we know that already at the First Medical Faculty of Charles University in Prague around half of the students are from Slovakia.

TSS: Current university president Ferdinand Devínsky is also a member of parliament for the Slovak Christian and Democratic Union (SDKÚ). His predecessor also entered parliament. Do you have similar ambitions?

FG: The current president said about the previous one that it was unfortunate that he entered politics and got into parliament simply by being university president. Eventually the same thing happened to him. I never had similar ambitions to enter politics on a national level.

TSS: In your opinion, is it an advantage for the university that the current president is also the head of the parliamentary education committee?

FG: He can naturally do a lot for this university, but he can also give in to pressure from the SDKÚ and not speak out critically about some issues, like the budget.

TSS: Do you think that pressure is already starting to show?

FG: I must say that when he recently said that we have to consider the financial resources of this country, it was a change compared to what he expressed three weeks before in a statement issued by the president's council.